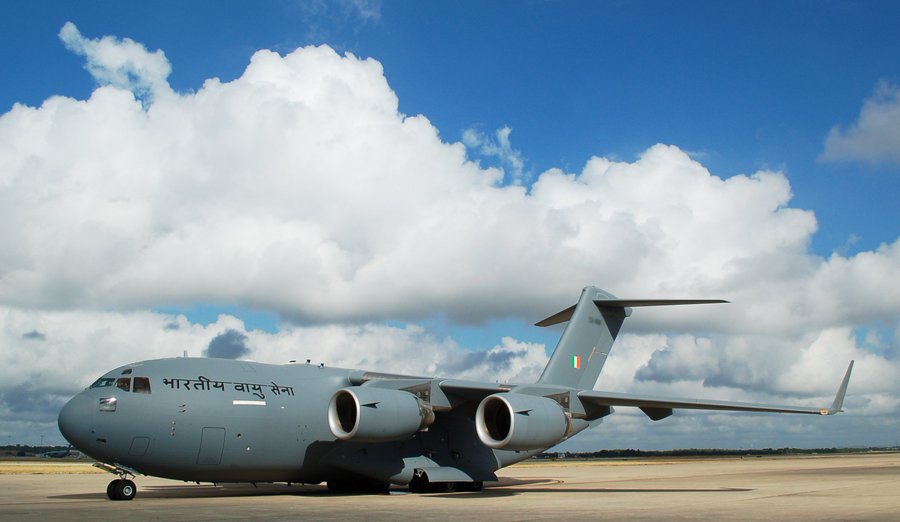 Last C-17 was manufactured in 2015 and remained in Boeing storage facility before it was ordered by IAF in 2018. Final Boeing C-17 Globemaster III heavy-lift jet has been equipped with India-specific systems before it was ready for its ferry flight to India. END_OF_DOCUMENT_TOKEN_TO_BE_REPLACED

Squadron Leader Minty Aggarwal while speaking to TIMES NOW laughed when asked about the claim from across the border that Pakistani F-16 shot down a Su-30 belonging to IAF. Aggarwal said I had whole Radar picture of the area with me and ” All Our Sukhois are with Us, Didn’t lose any ” and dismissed any claims of PAF about Second Kill that day.

Squadron Leader Minty Aggarwal who is 8-year Veteran of Indian Air Force was on duty on 27th February when 24 Mixed Pakistani fighter formation decided to launch strikes on Indian military installations in Indian side of the Kashmir. Aggarwal was Fighter controller on the operations room and was instrumental in the positioning of the Mig-21 which was flown by Wing Commander Abhinandan Varthaman to the Nowshera sector which were position of three PAF F-16s, one of which was shot down by R-73 Close Combat Missile. END_OF_DOCUMENT_TOKEN_TO_BE_REPLACED Kalyani Group developed Bharat 52 155 mm/52 caliber towed guns have been granted export license by the Indian Government along with its ultra-light mobile 105mm field gun Garuda-105 guns said latest media report. Kalyani Strategic Systems Ltd (KSSL) sometime in last year had approached Government of India to grant its Internally developed 155 mm/52 calibers towed gun for export permission so that it can be available for evaluations and trials for prospective customers.

idrw.org previously had reported on this development (Bharat 52 towed gun likely to get Export clearance soon ), Industrial sources close to idrw.org have confirmed that Bharat-52, a 52 caliber variant of the 155mm howitzer had generated a lot of interests among prospective buyers when it was displayed at DefExpo 2018 from Asian and African military officials who had participated in the event. END_OF_DOCUMENT_TOKEN_TO_BE_REPLACED