At least seven persons were injured in a US F-35 jet crash on the deck of the USS Carl Vinson aircraft carrier in the South China Sea. The US Pacific Fleet said in a statement Monday that the pilot of a US F-35 jet was conducting routine flight operations when the crash happened. However, he was safely ejected and was recovered by a military helicopter and he is in stable condition, reported CNN.

Six others were injured on the deck of the carrier. Three required evacuations to a medical facility in Manila, Philippines, where they are in stable condition, according to Pacific Fleet. The other three sailors were treated on the carrier and have been released. The cause of what the statement called an “inflight mishap” is under investigation, reported CNN.

Who is this Pakistani woman mentioned by the hostage-taker at a Colleyville, Texas synagogue?

The hostage-taker at Congregation Beth Israel in Colleyville mentioned that he wanted to speak with Aafia Siddiqui, a Pakistani neuroscientist serving an 86-year prison sentence for assault and attempted murder of a U.S. soldier in Afghanistan.

Known as “Lady al-Qaeda” in counterterrorism circles, supporters from Pakistan to Texas view her as an innocent victim of the American war on terror. Both the Islamic State and the Taliban, who once again control Afghanistan, sought to trade Siddiqui for American and European hostages – reflecting her “superstar” status among militants. At one point, jihadists offered James Foley, a journalist captured in Syria and beheaded in August 2014. 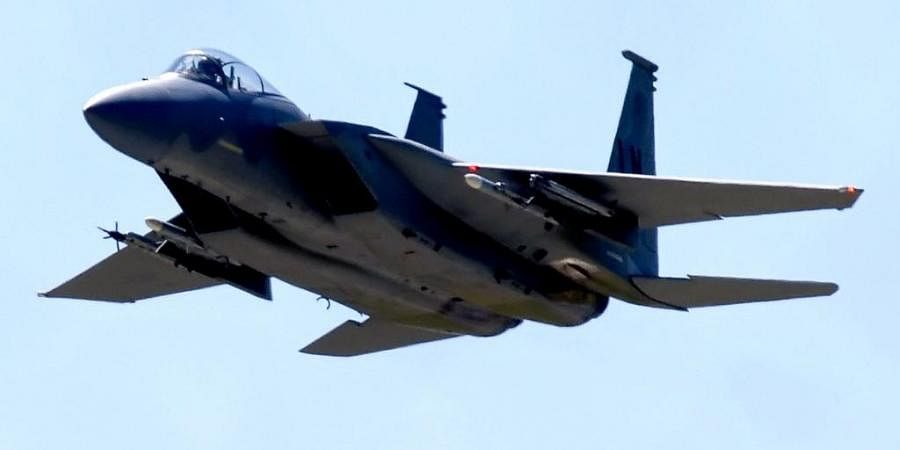 “The cause of the crash, as well as the status of the pilot, are unknown at this time, and UK Search and Rescue have been called to support.” The plane took off from the RAF Lakenheath base, near Mildenhall, in Suffolk, which hosts the 48th Fighter Wing of the US Air Force. The BBC said the plane was believed to have gone down 74 nautical miles (137 kilometres) off the East Yorkshire coast. END_OF_DOCUMENT_TOKEN_TO_BE_REPLACED