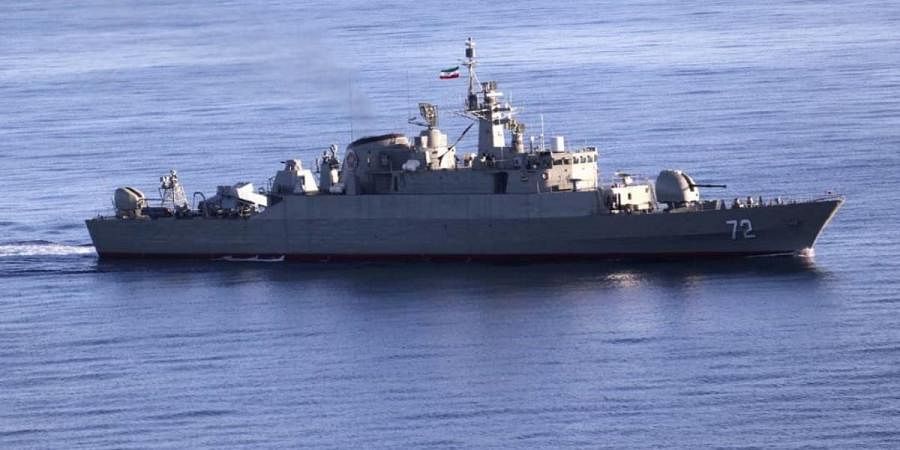 The Iranian army says a missile strike on a naval vessel taking part in an exercise in the Gulf of Oman has killed 19 sailors and wounded 15. The statement on Monday drastically raised the death toll in the incident Sunday. Earlier Iranian state media reports said the Konarak, a Hendijan-class support ship, was too close to a target during an exercise on Sunday. The vessel had been putting targets out for other ships to target. It said that the missile struck the vessel accidentally.

An Iranian missile fired during a training exercise in the Gulf of Oman struck a support vessel near its target, killing at least one sailor and wounding 15 others, Iranian media reported Monday, amid heightened tensions between Tehran and the US. END_OF_DOCUMENT_TOKEN_TO_BE_REPLACED

Time to bury the ghosts of 1962: India’s Look East moment 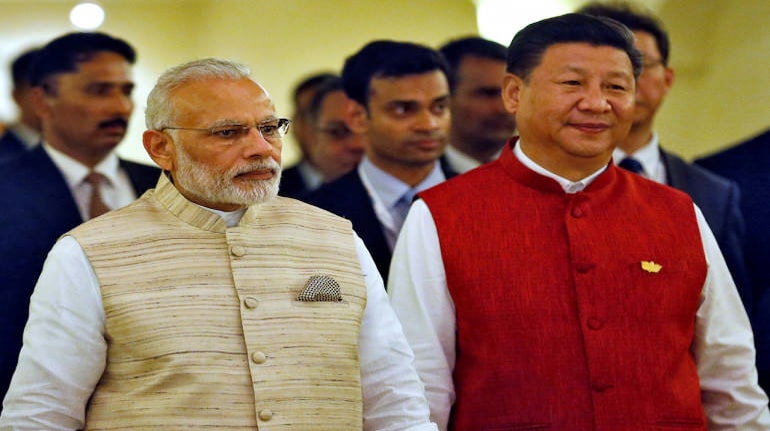 While the COVID-hit world’s angst against China is manifesting itself in many ways, mainly through seeking indemnities and revenge, itching to fix responsibility for the collapse of the global economic order on the world’s newest superpower, India has chosen to play its card adroitly.

Prime Minister Narendra Modi is an old China hand. He has visited Beijing more than any other Indian politician, past or present. His earliest visits date back to the period when he was the Gujarat chief minister. When the US chose not to give a visa to the then Gujarat chief minister, China had no such qualms. The Indian prime minister has, therefore, not joined the global chorus of countries big and small, baying for China’s blood. Whether any of these optics will impact the Big Dragon in the long run is strictly a matter of conjecture at this stage. END_OF_DOCUMENT_TOKEN_TO_BE_REPLACED

The tweet of Beijing’s state-run media agency – China Global Television Network (CGTN) – on May 2 claiming that the Mount Everest is on its side has drawn wide criticism in Nepal with the people reacting aggressively to the post. CGTN’s tweet claiming Mount Everest entirely on its side has irked the Nepali citizens who again have started #backoffchina trend over the Twitter where they have been mentioning the Chinese Envoy to Nepal demanding her clarification.

“Dear @PRCAmbNepal don’t you think this is fair? We want clarification. #backoffchina,” a twitter user @coronanpl tweeted. Anup Kaphle, Executive Editor of Rest of the World and former Editor-in-Chief of the Kathmandu Post tweeted, “…the world’s highest peak located in China’s Tibet… Really bummed we’ve been taught to believe Everest is in Nepal all these years. Thanks, CGTN.” END_OF_DOCUMENT_TOKEN_TO_BE_REPLACED Minister for Science and Technology Fawad Hussain has urged the world community to place sanctions on India for promoting terrorism in Balochistan. In his tweet on Saturday, he said the BJP leadership should also be placed under travel ban.

The Minister also shared a video of a former Indian military official who claims to have links with the separatists in Balochistan. Meanwhile, in an Exclusive Interview with PTV, Federal Minister for Science and Technology Fawad Chaudhry has assured to provide high-speed internet services and agri-tech pilot projects during COVID-19 situation in country. END_OF_DOCUMENT_TOKEN_TO_BE_REPLACED

In murder of a popular Pashtun leader, focus on Pakistan’s only party that openly challenges the Army On May 1, Sardar Muhammed Arif Wazir, a Pashtun political leader in Pakistan, was fatally wounded in a drive-by shooting by unidentified men as he stood outside his house in South Waziristan. With gunshot wounds in the head and neck, Wazir was moved to a hospital in Islamabad, where he succumbed to his injuries the following day. The news of his death triggered an outpouring of grief and anger among the Pashtun in the North-West Frontier areas of Pakistan.

‘Dawn’ newspaper said thousands gathered for his funeral in Wana, the main town of South Waziristan, on May 4, despite COVID-19. On May 5, there was another large gathering to protest the killing, and protests in other towns. Wazir was part of the Pashtun Tahafuz Movement (PTM), a group with wide support in what used to be the Federally Administered Tribal Areas of Khyber Pakhtunkhwa province, in particular in South and North Waziristan, the geographical centre of Pakistan’s Afghanistan policy. Though the identity of Wazir’s killers is not known, the PTM and its supporters blame the Pakistan Army and the ISI. END_OF_DOCUMENT_TOKEN_TO_BE_REPLACED Earlier this year, Pavel Sozinov, general designer at the Russian defence concern Almaz-Antey, touted the S-500 as a missile system that is capable of intercepting targets located hundreds of kilometres above the Earth. The Russian Armed Forces may get the first advanced S-500 missile systems next year, the country’s Deputy Defence Minister Alexei Krivoruchko has said in an interview with the magazine Natsionalnaya Oborona (National Defence).

According to him, the conclusion of a state contract for S-500s is scheduled for 2021, with wide-scale deliveries expected in subsequent years. Krivoruchko also referred to a stage of the S-500-related preliminary tests, with “the material part currently at the training ground”.
The statement echoes that of Vladimir Dolbenkov, director-general of the Design Bureau for Special Machine-Building (part of Almaz-Antey), who said in late March that tests for certain elements of “the next-generation Triumfator-M mobile air defence system S-500”, including its launcher, “[…] were being completed”. END_OF_DOCUMENT_TOKEN_TO_BE_REPLACED

China needs to increase its nuclear warheads to 1,000 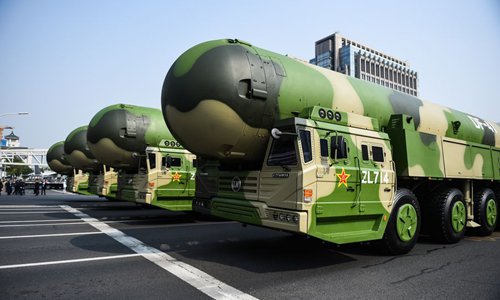 China needs to expand the number of its nuclear warheads to 1,000 in a relatively short time. It needs to have at least 100 Dongfeng-41 strategic missiles. We are a peace-loving nation and have committed to never being the first to use nuclear weapons, but we need a larger nuclear arsenal to curb US strategic ambitions and impulses toward China. Maybe we have to deal with challenges with stronger determination in the near future, which requires the support of the Dongfeng and Julang missiles.

Don’t be naïve. Don’t assume that nuclear warheads are useless. In fact, they are being used every day as a deterrent to shape the attitudes of US elites toward China. Some Chinese experts say we don’t need more nuclear weapons, I think they are as naïve as children. END_OF_DOCUMENT_TOKEN_TO_BE_REPLACED 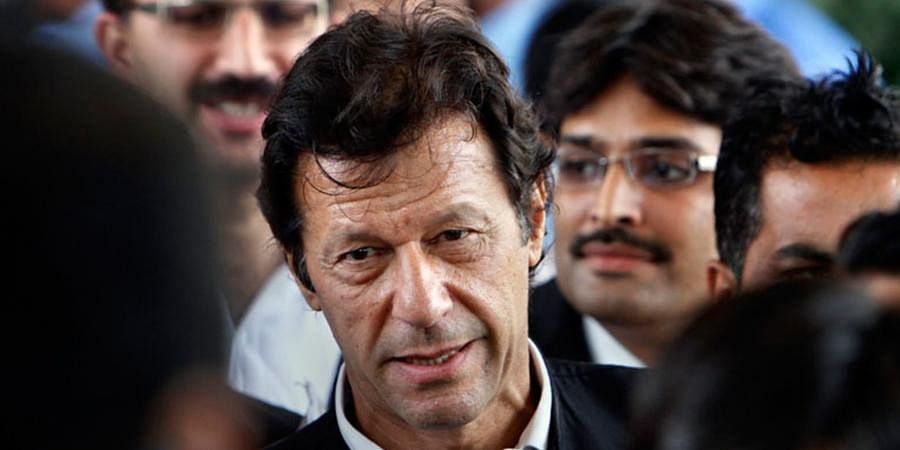 The Covid-19 pandemic is testing the capacity of most states to enforce their writ, especially in the context of social distancing and lockdowns. The challenge seems to be all the more daunting in federal states run on the principle of division of power between federating units.

Take the US, a supposedly model federation pegged on division of state power, as an example to illustrate the point. The scene there is utterly chaotic, with Democrat-run states sticking to the WHO guidelines on social distancing, while Republican-led states are brazenly defying it—on prompting, surprisingly, from the President himself. END_OF_DOCUMENT_TOKEN_TO_BE_REPLACED 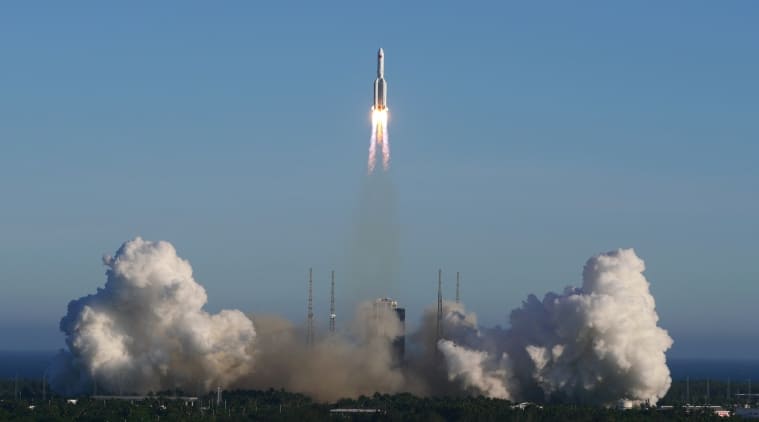 In a major development, China has launched a new rocket and a prototype deep-space spacecraft. The state media reported the launch successful which paves the way for the country’s ambitions to operate a permanent space station and sending astronauts to Moon.

As per Xinhua, a Long March 5B rocket took off from the Wenchang launch site on the southern island of Hainan. The rocket is a massive vehicle with four strap-on boosters that provide extra thrust at liftoff. Aboard the Long March 5 was a special prototype spacecraft that is somewhat akin to the deep-space Orion capsule NASA has been developing to people to the Moon and beyond. END_OF_DOCUMENT_TOKEN_TO_BE_REPLACED With souring relationship with Washington and growing business and strategic ties with Beijing, Pakistan is leading nothing more than a colony of China, said Dr Michael Rubin, a former Pentagon official. Pakistan joined hands with neighbouring China since after America’s growing relationship with India, a democratic nation having the world’s second-largest population.

Rubin believes that Pakistani leaders see in China strategic depth, an ally able to deter Indian retaliation across the line-of-control, and a partner unlikely to criticise Pakistani corruption, its poor treatment of religious minorities and its internal human rights record. For China, Pakistan can be a major market, provide land links into West Asia, and a strategic port at Gwadar. END_OF_DOCUMENT_TOKEN_TO_BE_REPLACED According to an unnamed source in the People’s Liberation Army (PLA), China’s new H-20 stealth bomber will likely make its first public appearance at the Zhuhai Air Show in November, assuming the event isn’t cancelled by the COVID-19 pandemic.

The world could get its first peek at China’s most advanced aircraft ever at the Zhuhai Air Show, a November venue where Beijing shows off its military might. The South China Morning Post, a Hong Kong-based publication, reported on Monday that the H-20 stealth bomber is expected to be completed this year and might be shown off as soon as November 2020. However, a number of factors could influence that decision, including the ongoing pandemic as well as the state of regional political relations. END_OF_DOCUMENT_TOKEN_TO_BE_REPLACED The Boeing aircraft manufacturer has presented the first three prototypes of an unmanned attack drone that is powered by artificial intelligence for the Royal Australian Air Force, the company’s Australian branch announced in a press release on Tuesday.

According to Boeing, the drone, dubbed Loyal Wingman, is the first aircraft to be designed, engineered, and produced in Australia for more than half a century with mass production starting by the middle of the decade. “This is a truly historic moment for our country and for Australian defence innovation,” Australian Prime Minister Scott Morrison said in the press release.According to Boeing, the Loyal Wingman drones will now be subject to rigorous ground and flight testing. Chief of the Royal Australian Air Force Air Marshal Mel Hupfeld praised the cooperation between the armed forces and the aircraft manufacturer. END_OF_DOCUMENT_TOKEN_TO_BE_REPLACED

In a first, Hindu recruited as pilot in Pakistan Air Force 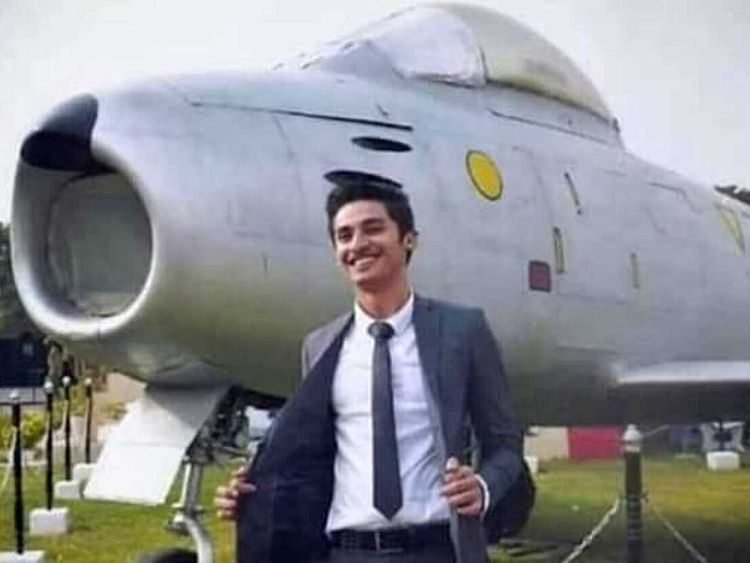 A Hindu has been appointed as a pilot in Pakistan Air Force for the first time in country’s history. Rahul Dev from Tharparkar, the largest district in Sindh province, has become the first Hindu to be recruited as a General Duty pilot officer in the country’s air force, IANS reported citing Pakistani media. A large population of the Hindu community resides in Tharparkar.

Expressing happiness over Dev’s appointement, All Pakistan Hindu Panchayat Secretary Ravi Dawani said many members of the minority community are serving in the civil service as well as the army. He said that many people like Dev will be ready to serve the country in the years to come if the Imran Khan government continues to focus on the minorities. END_OF_DOCUMENT_TOKEN_TO_BE_REPLACED 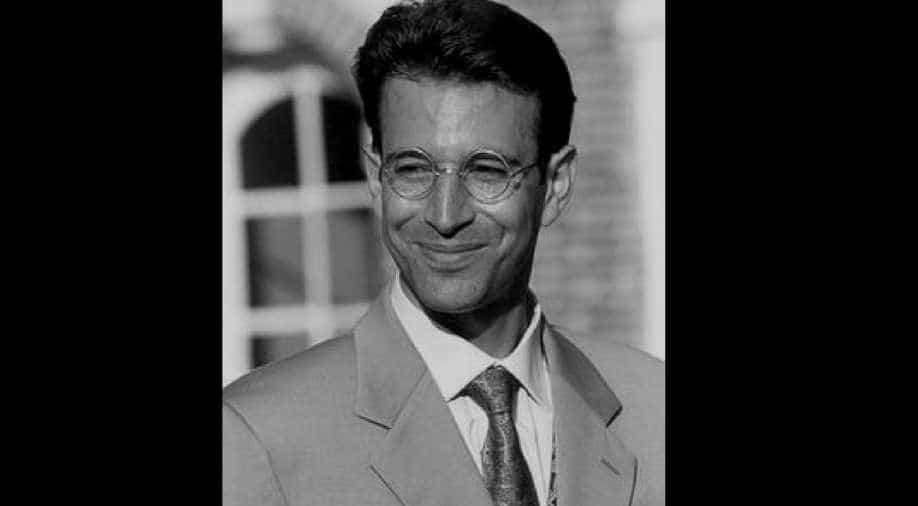 The US has again prodded Pakistan by seeking justice for murdered American journalist Daniel Pearl, days after his family filed an appeal before the Supreme Court against a verdict by a court in Sindh province which acquitted the prime accused and British-born top al-Qaeda leader Ahmed Omar Saeed Sheikh and three others in the case.

Pearl, the 38-year-old South Asia bureau chief for The Wall Street Journal, was abducted and beheaded while he was in Pakistan investigating a story in 2002 on the alleged links between the country’s powerful spy agency ISI and al-Qaeda. On April 2, a two-judge Sindh High Court bench overturned the death sentence of 46-year-old al-Qaeda leader Sheikh, who was convicted in the abduction and murder of Pearl in 2002. He has been in jail for the past 18 years. END_OF_DOCUMENT_TOKEN_TO_BE_REPLACED

While the world grapples with the coronavirus pandemic, Pakistan’s secret agency — ISI — is making full use of the distraction to eliminate prominent Baloch and Pashtun leaders from Sweden to South Waziristan. A day after the mysterious death of missing Baloch journalist Sajid Hussain in Sweden, Arif Wazir, a leader of the Pashtun Tahafuz Movement (PTM) was shot dead by unidentified armed persons outside his home in Wana, South Waziristan on Saturday.

It is believed that Inter-Services Intelligence (ISI) is behind these coordinated attacks. PTM has been critical of Pakistan’s policies in the tribal belt, where a massive operation against terrorists was conducted in recent times leading to large-scale displacement and enforced disappearances. Pakistani forces have been conducting widespread violations of human rights in the area, fully exploiting the world’s lack of attention to their misdeeds. END_OF_DOCUMENT_TOKEN_TO_BE_REPLACED