China on Friday praised close-ally Pakistan’s enormous efforts in combating terror financing while playing down reports that it backed India and other countries against Islamabad at the just concluded FATF meeting in Paris that retained the country in the Grey List.

Asked about reports that China has joined India and other countries in sending a strong message to Pakistan and urging it to fulfil its commitments to fight terror financing and money laundering, Foreign Ministry spokesman Geng Shuang told an online media briefing here that the Financial Action Task Force meeting has decided to give Pakistan more time to implement its action plan on money laundering and terrorist financing. END_OF_DOCUMENT_TOKEN_TO_BE_REPLACED

Who are Baloch Liberation Army? Insurgents who killed 30 in Pakistan in last one week

Over the past week, three terrorist attacks by insurgent groups killed nearly 30 people in Pakistan’s restive province of Balochistan. A violent, separatist movement that has been going on in the region for the past seven decades, has given rise to several insurgent groups and the Baloch Liberation Army (BLA) is the most prominent of them.

The BLA is the largest and the oldest-surviving insurgent group in the region. It is the armed wing of the Balochistan separatist movement and while the political leaders of the mainstream Baloch movement are said to be sympathetic to the BLA, they do not publicly acknowledge their support. END_OF_DOCUMENT_TOKEN_TO_BE_REPLACED

China joins India, US to set new deadline for Pakistan In a significant development, China and Saudi Arabia are learnt to have joined India, US and European countries to send a stern message to Pakistan to complete its commitments on action against terrorist financing and money laundering given to the Financial Action Task Force (FATF) before the plenary session in June, including “conviction and prosecution of top leaders of all terrorist organisations”.

Diplomatic sources said Turkey was the only country which held out in the end. This marks a major shift in China’s position, which has always backed Pakistan at the FATF. Sources said it is now final that Pakistan will remain on the FATF grey list, and will face consequences if it doesn’t take appropriate action by June this year. An official announcement is likely to be made on Thursday. END_OF_DOCUMENT_TOKEN_TO_BE_REPLACED

‘Hit with a truck’: How Iran’s missiles inflicted brain injury on US troops in Iraq In the wee hours of Jan. 8, Tehran retaliated over the U.S. killing of Iran’s most powerful general by bombarding the al-Asad air base in Iraq. Among the 2,000 troops stationed there was U.S. Army Specialist Kimo Keltz, who recalls hearing a missile whistling through the sky as he lay on the deck of a guard tower. The explosion lifted his body – in full armor – an inch or two off the floor.

Keltz says he thought he had escaped with little more than a mild headache. Initial assessments around the base found no serious injuries or deaths from the attack. U.S. President Donald Trump tweeted, “All is well!” The next day was different. “My head kinda felt like I got hit with a truck,” Keltz told Reuters in an interview from al-Asad air base in Iraq’s western Anbar desert. “My stomach was grinding.” END_OF_DOCUMENT_TOKEN_TO_BE_REPLACED At the Paris Plenary of the Financial Action Task Force (FATF), all 39 members, barring Turkey, sent a stern message to Pakistan to complete the remaining 13 action plan items by the June 2020 plenary, including the conviction and prosecution of top leaders of terrorist organisations. A formal decision that Pakistan will remain on the Grey List of FATF will be taken on Friday.

According to diplomats based in Paris and counterterror operatives, FATF members were also asked to take note of how Pakistan was trying to politicise the technical process of FATF, which is proven from the statements of Turkish President Tayyip Erdogan and Malaysian Prime Minister Mahathir bin Mohamad. Days before the FATF Paris Plenary, Erdogan made it clear that Turkey would help Pakistan stay off the terrorism financing blacklist and counter the political pressure within FATF. Mahathir openly supported Pakistan and praised its counterterrorism efforts. END_OF_DOCUMENT_TOKEN_TO_BE_REPLACED 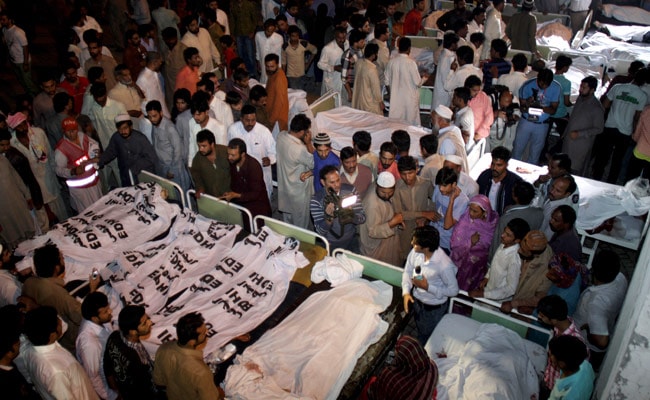 A Pakistani anti-terrorism court on Wednesday handed down a death sentence and 300 years imprisonment to three terrorists of the banned Jamaat-ul-Ahrar for their involvement in the 2014 Wagah border bombing that killed over 60 people. Wagah is a village located in Lahore, Pakistan’s Punjab province and Attari in India’s Punjab state along the Indo-Pak border. Over 60 people, including women and children, were killed in the horrific suicide attack on November 2, 2014 at the Wagah border on the Pakistani side.

The responsibility for the attack was claimed separately by the outlawed Jundullah and Tehreek-i-Taliban Pakistan’s splinter group Jamaat-ul-Ahrar. END_OF_DOCUMENT_TOKEN_TO_BE_REPLACED 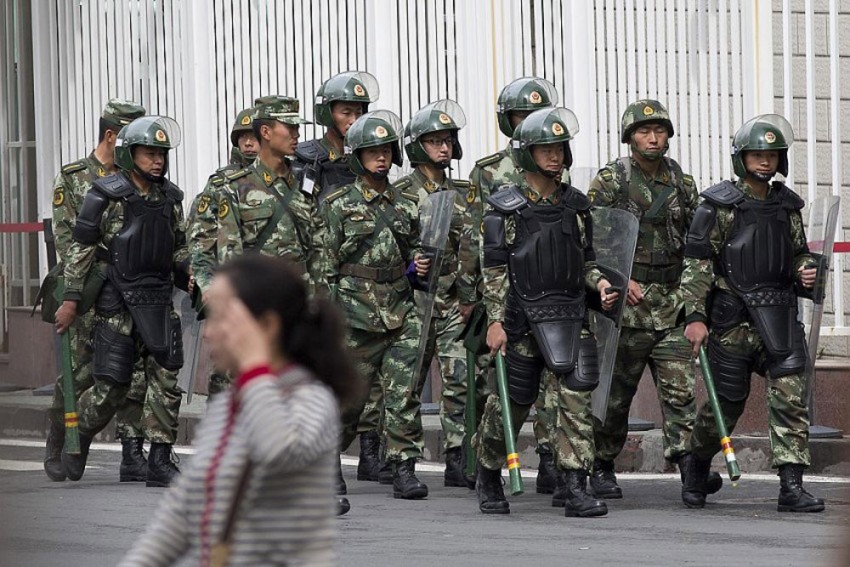 For decades, the Uighur imam was a bedrock of his farming community in China’s far west. On Fridays, he preached Islam as a religion of peace. On Sundays, he treated the sick with free herbal medicine. In the winter, he bought coal for the poor. But as a Chinese government mass detention campaign engulfed Memtimin Emer’s native Xinjiang region three years ago, the elderly imam was swept up and locked away, along with all three of his sons living in China. Now, a newly revealed database exposes in extraordinary detail the main reasons for the detentions of Emer, his three sons, and hundreds of others in Karakax County: their religion and their family ties.

The database obtained by The Associated Press profiles the internment of 311 individuals with relatives abroad and lists information on more than 2,000 of their relatives, neighbours and friends. END_OF_DOCUMENT_TOKEN_TO_BE_REPLACED 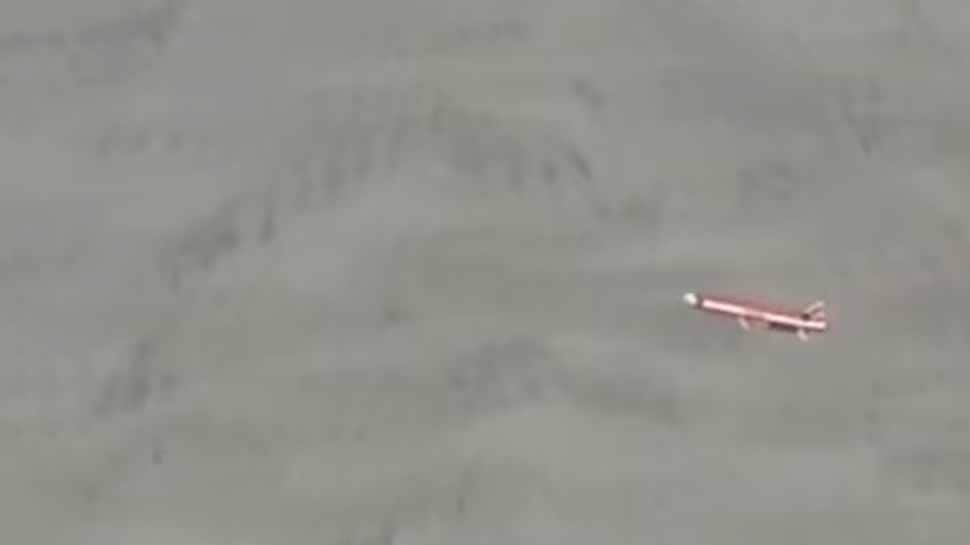 Pakistan on Tuesday conducted a successful flight test of air-launched cruise missile Ra’ad-II with a range of 600 km, which significantly enhances air delivered strategic standoff capability on land and at sea. The weapon system is equipped with state of the art guidance and navigation systems ensuring the engagement of targets with high precision, according to a press release issued by the Inter-Services Public Relations (ISPR), the military’s media wing.

The successful flight test was witnessed by senior Pakistan Army officers and military officials, the statement said. Pakistan Director General Strategic Plans Division, Lieutenant General Nadeem Zaki Manj, termed the successful launch as “a major step towards complementing Pakistan’s deterrence capability”. He appreciated the technical prowess of the Pakistani scientists and engineers who developed the weapon system and made the launch a success, the statement said. END_OF_DOCUMENT_TOKEN_TO_BE_REPLACED 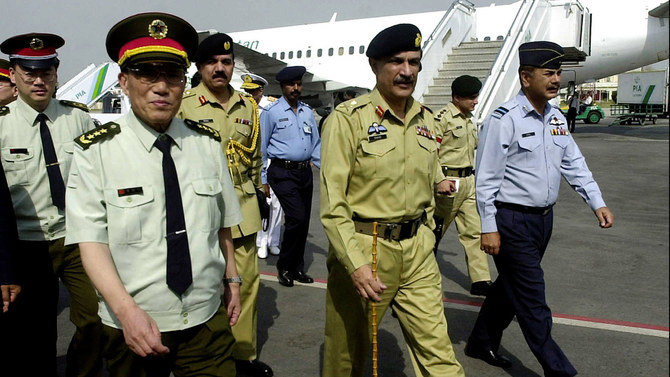 A magazine published by a regional branch of Al Qaeda said that retired Pakistani General Shahid Aziz– whose voluntary disappearance in 2016 has been mired in mystery– had died some years ago in its February edition, while alleging he had close ties with the militant organization.  Aziz, formerly a top general in the country, retired in 2005 after serving with the Pakistan army for 37 years. While Pervez Musharraf was military chief, Aziz was promoted to director general of military operations among other key posts. After his retirement, Aziz authored a book in 2013 that criticized the policies of the former army chief.

When rumors of his disappearance and death began circulating widely in 2018, Aziz’s relatives rejected widespread reports that claimed he had died fighting alongside anti-American forces in Afghanistan or Syria. Aziz’s son denounced the reports in an interview to Voice of America, and said the General lived a ‘very private life’ of religious preaching. END_OF_DOCUMENT_TOKEN_TO_BE_REPLACED

FATF meet to focus on Pakistan action over terror funding Pakistan’s progress in tackling terror financing, which poses a risk to the global financial system, will be one of the important issues taken up at the working group and plenary meetings of the Financial Action Task Force (FATF) that began in Paris on Sunday, the multilateral watchdog has said.

Western diplomats widely expect Pakistan to be retained in the “grey list” of the FATF as it has fully or partially complied with only 14 of the 27 points on an action plan it has to implement to curb terror financing and money laundering. Pakistan was placed in the grey list in 2018. Though Lashkar-e-Taiba (LeT) founder Hafiz Saeed and an aide were given five-and-a-half year prison terms in two terror financing cases by a Pakistani court four days before the FATF meetings, experts have noted that Islamabad has failed to prosecute other UN-designated terrorists such as LeT operations commander Zakiur Rehman Lakhvi and Jaish-e-Mohammed (JeM) chief Masood Azhar. END_OF_DOCUMENT_TOKEN_TO_BE_REPLACED

On Feb. 14, 2020, the Houthi rebels announced they had downed a Tornado in the northern al-Jawf province, in Yemen. Later on the same day, a Royal Saudi Air Force spokeperson said that “at 23:45LT on Friday evening, an RSAF Tornado jet crashed, while conducting a CAS mission in support of the Yemeni National Army operations in Al Jouf governorate.”

So, as already happened in the past, on one side, the Saudis said the aircraft just “crashed”, on the other side, the Houthis said the Tornado had been shot down. The fate of the aircrew is unknown. Footage just released by the rebels seems to confirm the aircraft was indeed downed by a SAM (Surface to Air Missile). END_OF_DOCUMENT_TOKEN_TO_BE_REPLACED 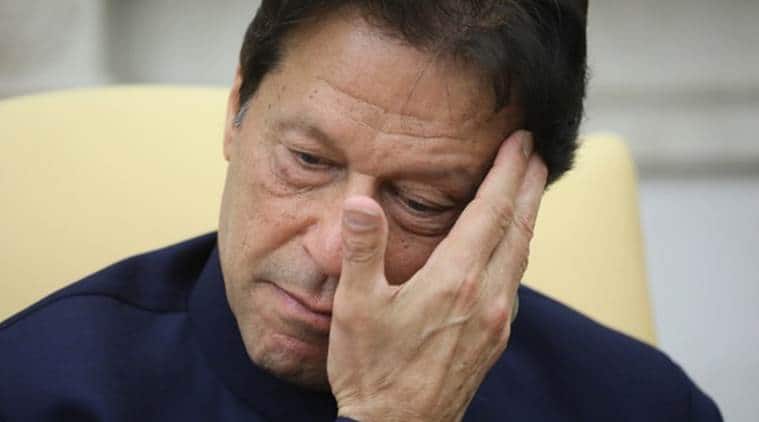 Pakistan is likely to remain on the grey list of the Financial Action Task Force (FATF) at its plenary meeting in Paris, as it is still not fully compliant on 13 of the 27 actions. While these 13 actions mostly pertain to terror funding, Pakistan has been deemed to be compliant on most of the other points which are related to money laundering.

Sources told The Sunday Express that “there is no doubt that Pakistan will continue on the grey list. But yes, it is unlikely that it could be moved to the black list at Paris this week.” END_OF_DOCUMENT_TOKEN_TO_BE_REPLACED

The Pakistan Navy (PN) has commissioned the first of two 2,300 tonnes multirole corvettes ordered from Dutch shipbuilder Damen in 2017. Named PNS Yarmook (F-271), the ship, which the company said is based on a Damen Offshore Patrol Vessel (OPV) 1900, entered serviced in a ceremony held on 13 February at Constanta Port in Romania that was also attended by the PN’s Vice Chief of the Naval Staff Vice Admiral Muhammad Fayyaz Gilani.

In a 14 February statement Damen said that Yarmook, which had been launched on 17 May 2019 at the company’s facilities in Galati, Romania, is capable of performing “a variety of maritime operations” and can transport both a helicopter and an unmanned aerial vehicle. END_OF_DOCUMENT_TOKEN_TO_BE_REPLACED

The United States said Friday it would refuse entry to Sri Lanka’s army chief over “credible” evidence of human rights violations in the bloody 2009 finale to the civil war. Lieutenant General Shavendra Silva, whose appointment last year drew wide international criticism, will be ineligible to visit the United States, as will his immediate family, Secretary of State Mike Pompeo said.

“The allegations of gross human rights violations against Shavendra Silva, documented by the United Nations and other organisations, are serious and credible,” Pompeo said in a statement. “We urge the Sri Lankan government to promote human rights, hold accountable individuals responsible for war crimes and human rights violations, advance security sector reform, and uphold its other commitments to pursue justice and reconciliation,” he said. END_OF_DOCUMENT_TOKEN_TO_BE_REPLACED

A Pakistan Air Force (PAF) trainer aircraft crashed on Wednesday while on a routine training mission near Takht Bhai in Khyber Pakhtunkhwa’s Mardan district, the PAF said in a statement.

A spokesperson for the PAF added that the pilot ejected safely before the crash “A board of inquiry has been ordered by Air Headquarters to determine the cause of [the] accident,” the press release said. This is the third PAF training aircraft to have crashed while on a routine training mission in less than two months. END_OF_DOCUMENT_TOKEN_TO_BE_REPLACED