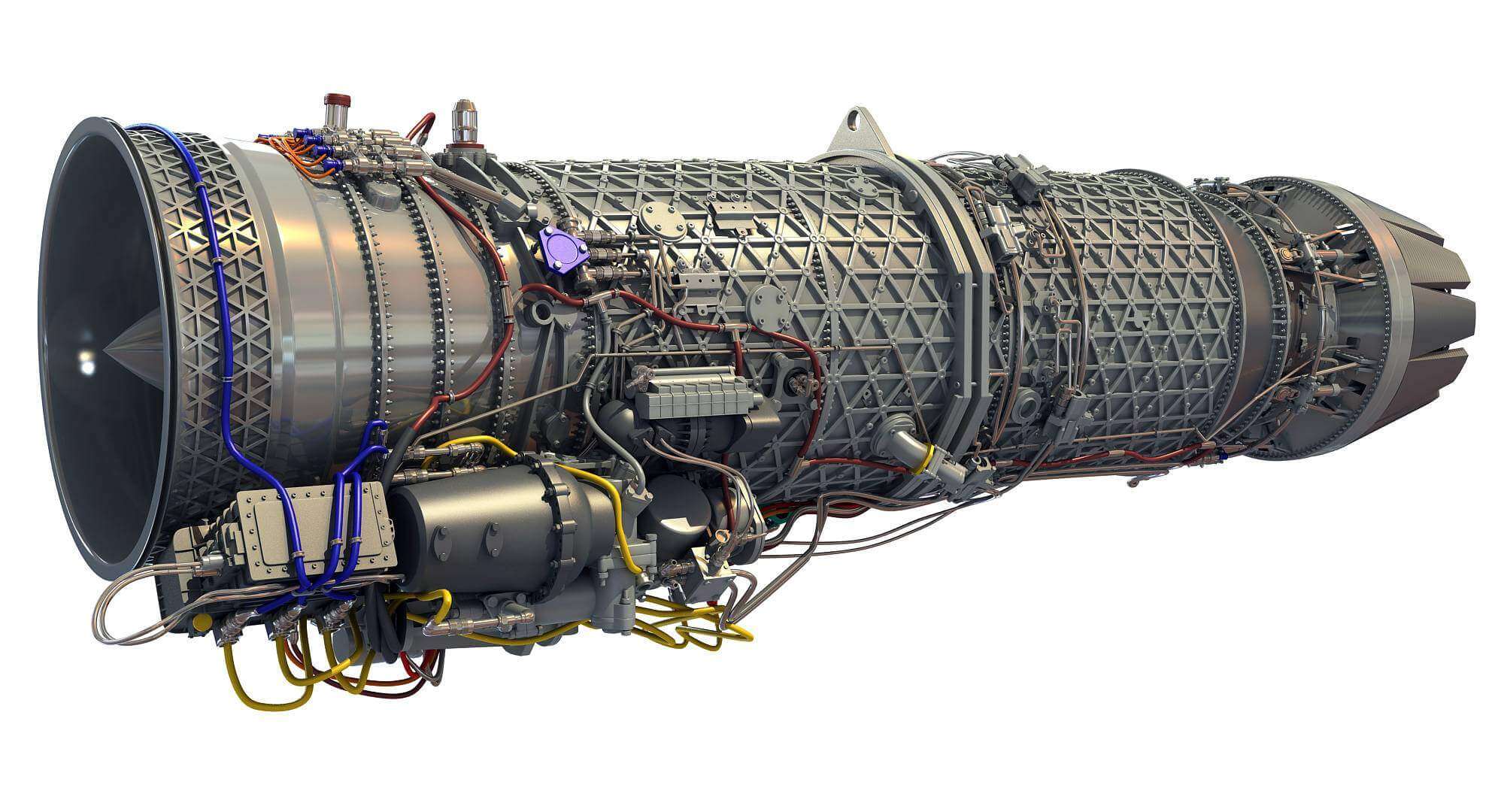 In 2017, India and U.K. had agreed to cooperate on developing advanced defense products such as the gas turbine engine which was confirmed by the visiting U.K. Secretary of State for Defence Sir Michael Fallon. Kaveri project which was shelved due to lack of desired thrust levels achieved was to be revived with help of France and GTRE and Safran Group were working together till price steep developmental cost quoted lead to the fallout of talks. END_OF_DOCUMENT_TOKEN_TO_BE_REPLACED 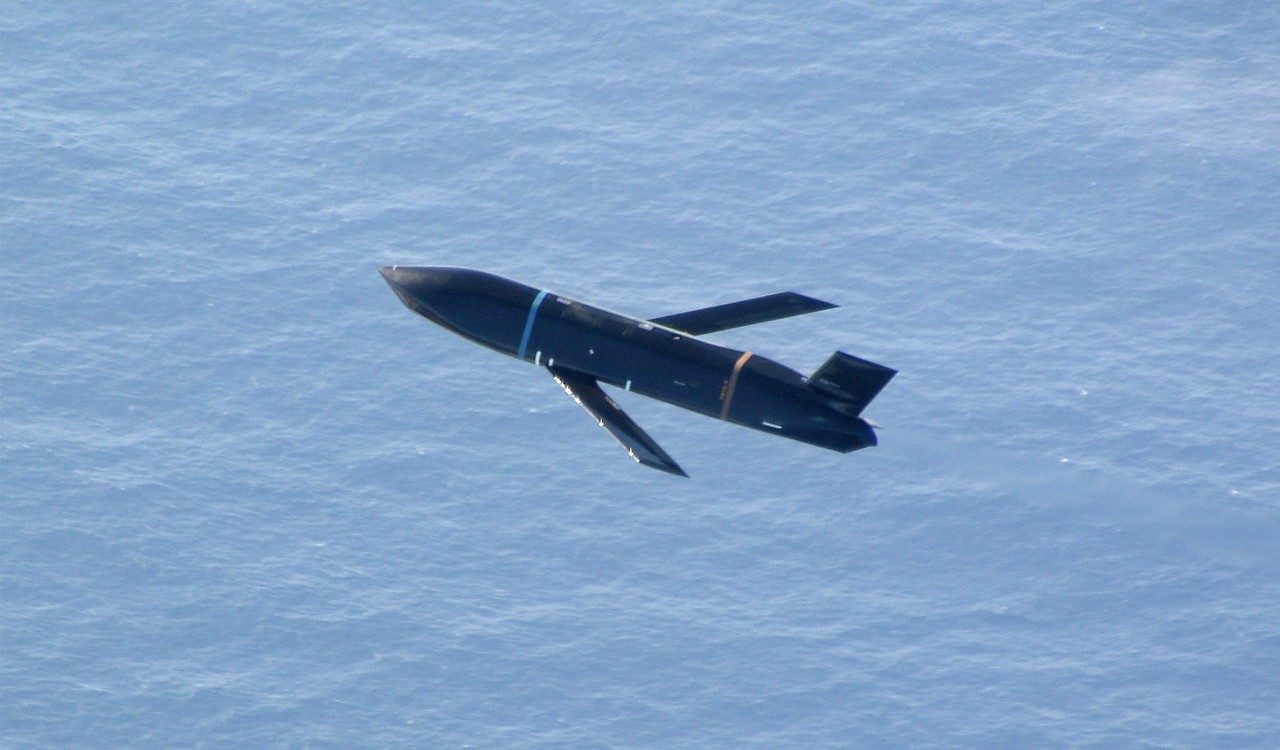 AGM-158C LRASM will supersede AGM-84D Block 1C Harpoon anti-ship missiles which are currently deployed by all P-8 Operators including India and is designed to meet the needs to fight in contested environments. According to US media reports, India and Australia have been selected as the first few countries that will get LRASM to strengthen their firepower in an increasingly contested Indo-Pacific region END_OF_DOCUMENT_TOKEN_TO_BE_REPLACED 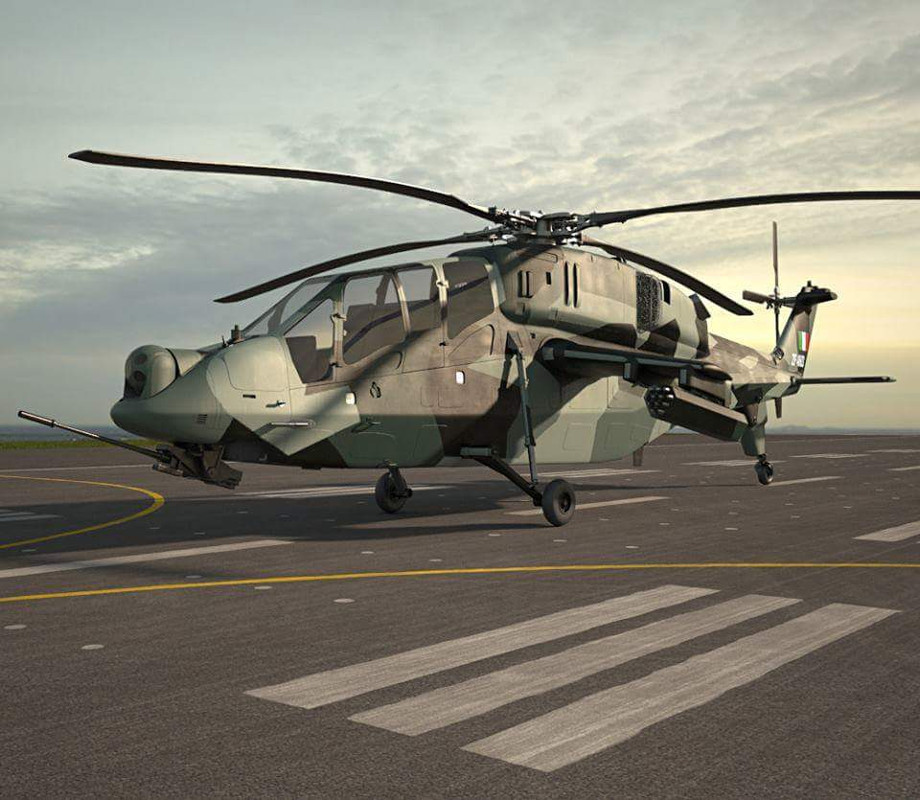 Fast forward to 2020 and nothing much has changed since then as HAL Rudra MkIV and LCH Helicopters continue to be armed only with French Nexter 20mm turret gun and Belgian 70 mm rockets and waits for ATGM to be used as effective anti-armor, anti-bunker and anti-fortification role for the Strike Corps. END_OF_DOCUMENT_TOKEN_TO_BE_REPLACED 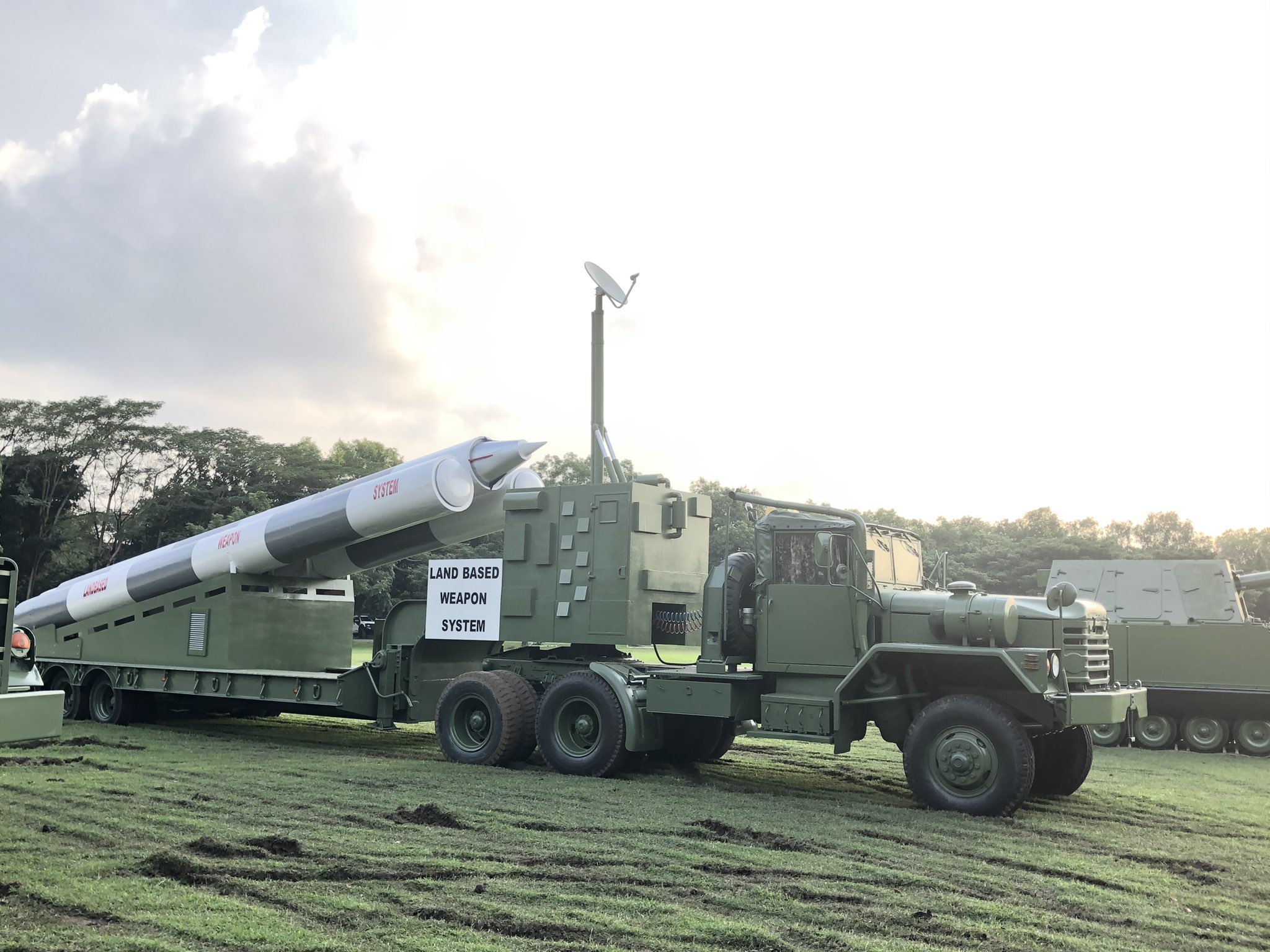 Informed sources close to idrw.org have told that Indonesia is also in the early stages of exploring the procurement of the BrahMos missiles from India along with Vietnam and Thailand. END_OF_DOCUMENT_TOKEN_TO_BE_REPLACED 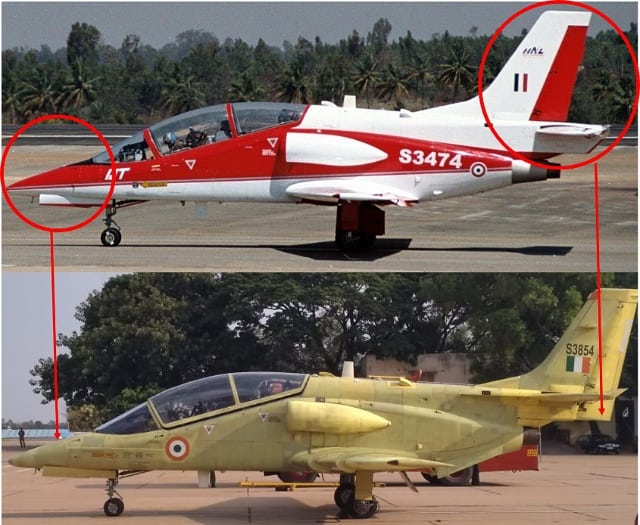 HJT-36 Sitara has gone through a major modification to the airframe which according to sources close to idrw.org has resulted in much-improved maneuverability at all flight regimes but the crucial spin tests were pending for want of integration of the spin recovery parachute as recommended by BAR. END_OF_DOCUMENT_TOKEN_TO_BE_REPLACED

20 Lakhs Hindus to be settled in Kashmir: President of POK

Sardar Masood Khan, Puppet President of Pakistan Occupied Kashmir (POK), said here on Friday that the Bharatiya Janata Party along with the Indian forces and intelligence agencies are planning to settle nearly 20 lakhs Hindu in Kashmir Valley in next 2 years while speaking to the Pakistani Media on the issue of India issuing 25000 Domicile certificate to people who have lived in the state for more than 15 years.

Khan goes on and also claims that people from UP, Bihar, and Maharashtra which are India’s high population areas are being promised government jobs and free land to settle in Kashmir valley to change the demography of the region. Pakistani propaganda on India issuing 25000 Domicile certificate has been picked up by many Islamist International media has evidence of India altering the demography of the Kashmir Valley even though Domicile laws clearly states that it requires nearly 15 years of living in Kashmir for one to apply and the majority of the cases are of those who already have requirements. END_OF_DOCUMENT_TOKEN_TO_BE_REPLACED 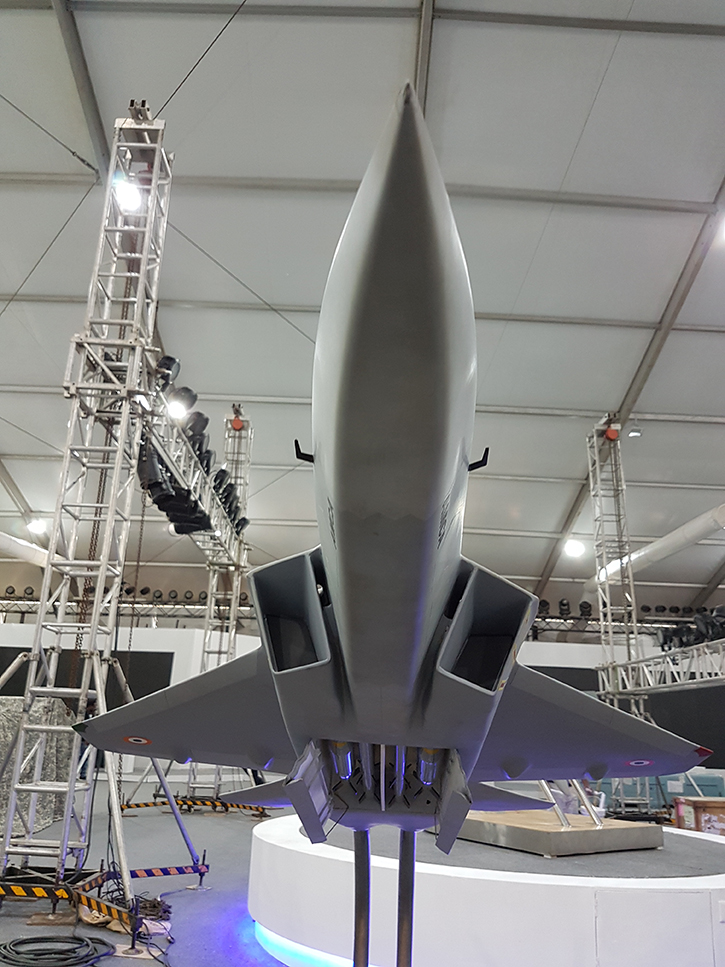 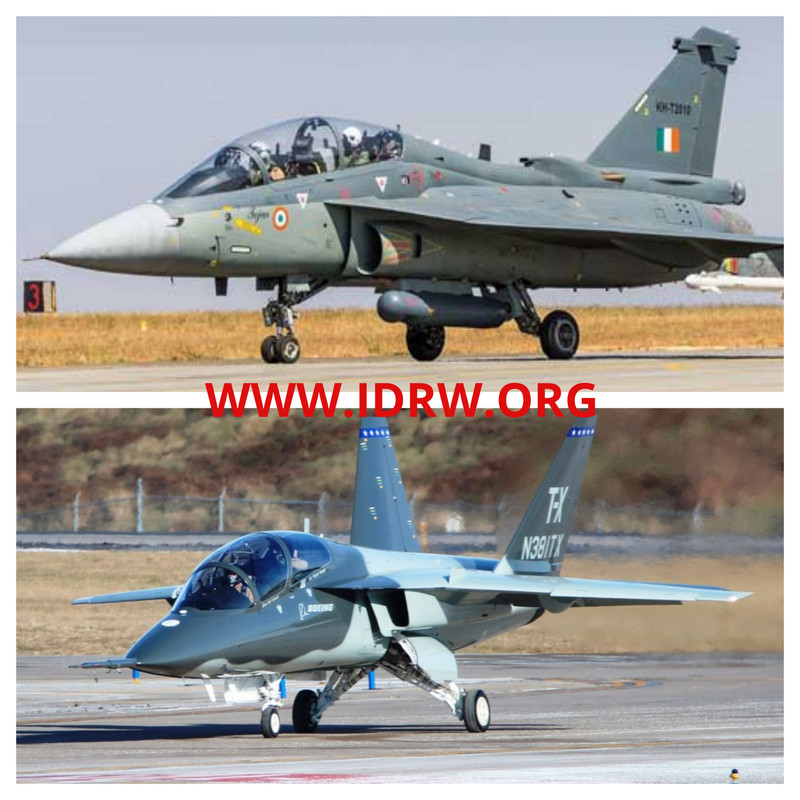 US Air Force wanted 351 aircraft plus simulators and ground training aids for all under $10 billion and after careful examination of the RFP issued by the USAF along with Technical requirements issued for the jet, it was found that SpORT could have not meet the low-cost price point which USAF wanted and it could have been technologically more advanced than what competition was offering which was a new basic design with maximum commonality with aircraft already in the joint fleet. END_OF_DOCUMENT_TOKEN_TO_BE_REPLACED 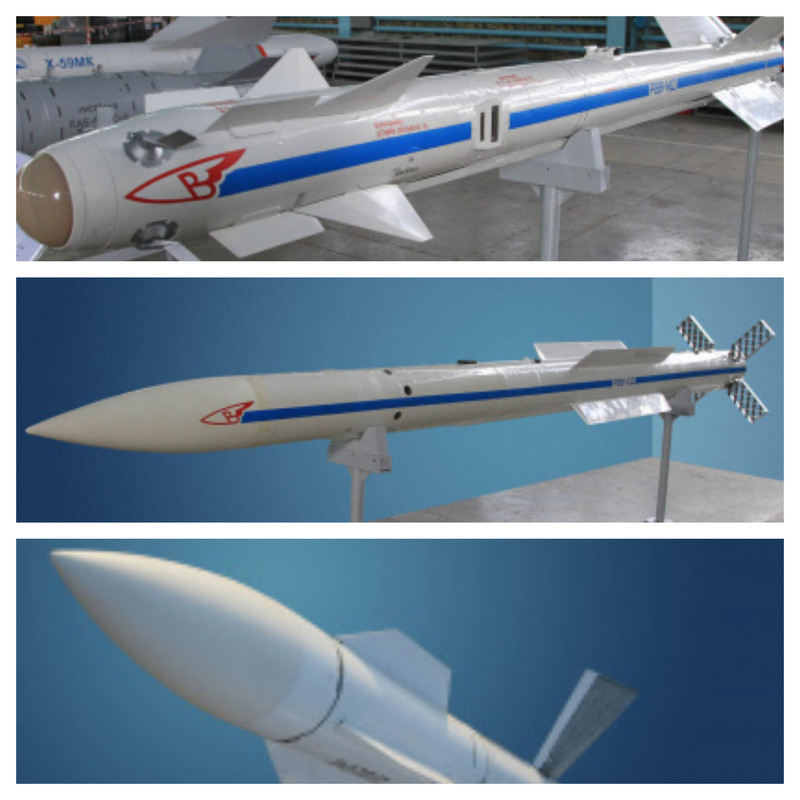 IAF has decided to go with two different Beyond visual range Missiles (BVRAAM) from Russia after Pakistani Air Force F-16s fired AIM-120C5 AMRAAM missile to target unsuccessfully Indian Su-30 MKIs on 27 February, a day after the IAF strikes on Balakot . idrw.org has been informed that the missiles purchased were upgraded ones from the current stocks and now come with additional capabilities and longer range than current inventory. END_OF_DOCUMENT_TOKEN_TO_BE_REPLACED

IUCAV-UHF20 engine under development for the Ghatak unmanned combat aerial vehicle (UCAV) in the next phase will conduct a study on core enhancement of the same engine once it begins testing phase in the next 3 years said informed sources close to idrw.org.

Key Missile tests that were canceled due to Covid-19 situation in the country scheduled for March and April will likely now be rescheduled and will happen after monsoon is over by DRDO. As informed to idrw.org, the Extended version of MR-SAM and BrahMos-ER were some of the key missile tests which were delayed due to the Covid-19 situation and also due to Non-Availability of Russian and Israeli team at the launch site.

All Experimental Missile launches are avoided at Monsoon period between June to August usually when the missile launch pads at Eastern India, see very heavy rains during this period. While all Missile system developed by DRDO is All-weather systems, due to their experimental nature such missile is not tested in adverse weather conditions to avoid any undue incidents at the launch pads which can damage the surrounding areas were civilian population exists. END_OF_DOCUMENT_TOKEN_TO_BE_REPLACED 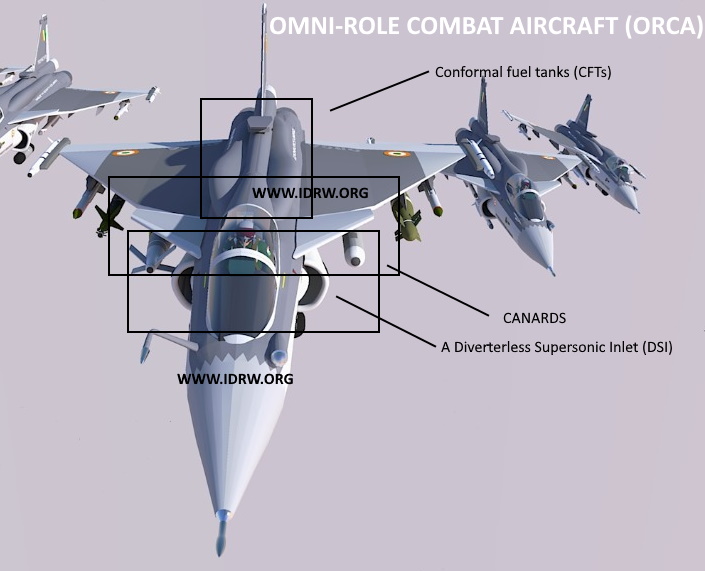 While actual numbers of a jet produced might vary since the jet in question is at least 10 years away from entering production. MOD needed a number before another fighter jet program could have got a clearance and as per information provided to idrw.org, the Navy has agreed to procure a minimum of 100 jets for its Carrier-based operations and IAF is willing to commit to procuring 50 jets if the jet meets its Operational requirements. END_OF_DOCUMENT_TOKEN_TO_BE_REPLACED A previous version of I-Derby BVRAAM with a range of 50 km already has been integrated with the LCA-Tejas Mk1 fighter jets but this missile stock came from existing inventory procured for Navy’s Sea Harrier jets which now have been long retired and some I-Derby BVRAAM came from Spyder-SR Air Defense system inventory. END_OF_DOCUMENT_TOKEN_TO_BE_REPLACED

Air Chief Marshal R.K.S. Bhadauria recently confirmed that Indian Air Force (IAF) has committed to procure 100 Medium weight fighter (MWF) which are to be locally produced and have been designed by Country’s Nodal design agency Aeronautical Development Agency (ADA), but IAF has asked the company to have higher participation from the private sector companies, more than what has been planned by Hindustan Aeronautics Limited (HAL) which is in charge of Tejas Mk1A program.

Hindustan Aeronautics Limited (HAL) has decided to outsource the manufacturing of the entire fuselage of the upcoming Tejas Mk1A program to the private sector companies and these companies have already started manufacturing them for the current batch of FOC Configuration Tejas Mk1. END_OF_DOCUMENT_TOKEN_TO_BE_REPLACED

Air Chief Marshal RK Bhadauria in talks with Indian media has confirmed that Indian Air Force (IAF) plans to procure at least 6 Squadrons of upcoming Medium Weight Fighter (MWF), Project name which still goes by as Tejas Mk2 and has committed to procure 100 jets, which will comprise of 16 jets per squadron Since no trainer variant (conversion two-seaters) have been planned for each squadron at least 4 jets will be used to train new pilots and will move among this squadrons to be used as Single seater Trainer for pilots moving from Tejas Mk1/A and other squadrons.

HAL and ADA will start work on first pre-production IOC certified MWF aircraft from 2021 onwards by starting metal cutting work and final configuration freeze will happen by end of this year so that operation is smooth and on the scheduled time. END_OF_DOCUMENT_TOKEN_TO_BE_REPLACED