Why MMRCA 2.0 should be heading towards G2G Deal 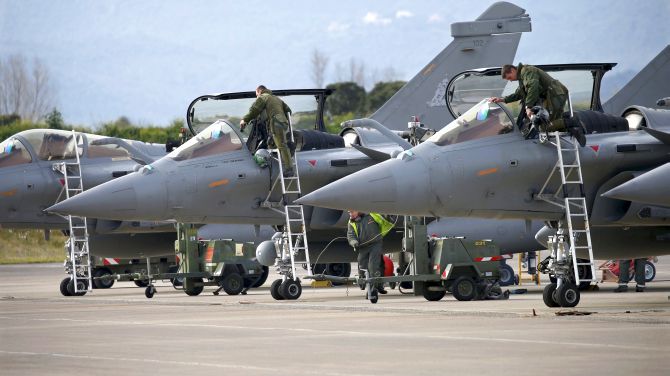 The Indian Air Force (IAF) has quietly retired three squadrons of MiG-21 fighter-interceptor and MiG-27 ground-attack aircraft and by 2024, nearly 10 squadrons of the combined fleet will be retired but defense ministry is yet to start another process for large-scale purchase of fighter planes from abroad, Tender for 114 fighter aircraft is yet to reach RFI ( Request for Information ) Stage and according to Former Vice Chief Air Marshal R K Sharma, with this pace even final contract is only expected in the next 3-4 years and another 2-3 years for the first batch of aircraft to arrive for fleet recovery to begin.

Flip flops and multiple U-Turns by the Previous Government has ensured that only 36 aircraft were procured when air force needed 126  to fill the gap. Previous MMRCA tender was scrapped and later Single-Engine Fighter (SEF) Tender to was scrapped. Over 15 years of Indecision by the government has created a situation where IAF is retiring more fighter aircraft then it is inducting and obsolescence of front-line fighter aircraft like Su-30 due to lack of modernization also has ensured that IAF is falling behind in the region.

The MMRCA program officially started in 2006 and after 13 years we only managed to place orders for 36 jets that too has an emergency purchase. We are still at RFI Stage and RFP (Request for Proposal) will mean detail scrutiny of the RFI, which is both times consuming due to manual nature of work but also requires repeated clarification from participating vendors. Since last time participating aircraft might have gone through upgrades and changes and following up with Technical Evaluation on nearly 650 points (Staff Qualitative Requirements) again will take time if aircraft on offer is New and or has gone through Heavy or critical modifications.

Re-tendering is not only a long process it is also complicated as seen where selecting the lowest bidder can be questioned on the use of calculation technique and even by the L2 could have lost by a wafer-thin margin as seen in previous MMRCA Tender by Euro-fighter Consortium. Indian Government is likely and will need to go with a Government to Government deal like in previous orders of a fighter jet and tendering process to select a foreign fighter aircraft has not worked in the past and won’t work in near future too. IAF and MOD need to sit together what both sides can agree on and how financial requirements for the purchase can be met to fund the mammoth purchase of biggest fighter aircraft tender.