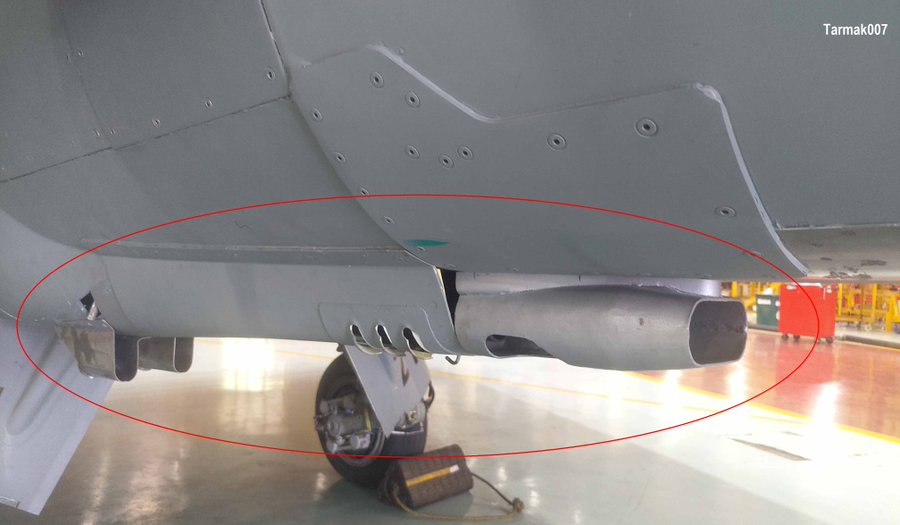 LSP-7 LCA-Tejas Mk1 is been prepped according to an idrw.org report to be used for calibrating and testing the Gun so that it can later be cleared for all the other jets which have been supplied to the IAF. IAF even allowed the FOC certification for the LCA-Tejas Mk1 fighter jet program to be awarded minus its Gun trials while all the other weapons trials were conducted successfully and tested on multiple occasions and were even judged best air to ground aircraft in IRON FIST Aerial exercises.

Russian Gryazev-Shipunov GSh-23 Guns tested way back in 2015 provided crucial data for the engineers and scientists at the ADA and HAL but it also confirmed what was feared the most that to clear the GSh-23 gun on the LCA-Tejas it will approximately take around two to three years of rigorous testing by test pilots before it could have been made part of the FOC Configuration which meant FOC could have been delayed by another 3-4 years approx which was discussed with IAF and ADA, DRDO and HAL and later it was decided it will not be part of the FOC Configuration standard.

But Modern air combat is now entirely decided by better situational awareness and with a combination of radar and other sensors with modern-day missile technology which means the era of dog fighting is largely over. The philosophy of using your main gun is now limited to shooting down large aircraft, like bombers, or even strafing ground targets than taking on throngs of enemy fighters jet at close combat.

While modern-fighter jets still have incredible dog fighting capabilities but lopsided kill-to-loss ratio attained in recent times does suggest that no fighter pilot now wants to visually engage his enemy in close combat and miss out on the first shot advantage with his beyond range missiles . Air-to-Air kills data compiled from 1990 till 2002 suggests that air-to-air kills due to guns have come down drastically to just 5% and even these kills were largely attributed to taking down aircraft which were slow-moving Helicopters, unarmed aircraft or unmanned drones.

Data also suggests that even in many Within visual range kills, fighter Pilots, preferred a short-range IR missile than a Gun and steadily from the ’90s which was not the case when first-gen IR missiles were introduced in early ’70s and were considered unreliable which forced many times pilots to switch to Guns when they saw the missile that they had fired go away from its target but things changed drastically and Gulf War saw the first acceptance of Beyond visual range missiles as the first choice of fighter jet pilots when facing any enemy fighter jets in air combat.

Data compiled suggests that from 1980 to 89, Kills of BVR Missile were at just 25% but from 1990 to 2002 about 55% of the air-to-air kills were made with BVR missiles. Since 2002 to 2020 air-to-air kill due to guns have largely have come against privately owned plane which is usually used to smuggle cocaine and other banned narcotics substances in South American countries. Last air to air kill against a military target was from a USAF A-10 that downed an Iraqi Mi-8 helicopter on 15 Feb 1991.

As said earlier the era of close combat air to air kills with guns is not only numbered but also least preferred by the modern fighter pilots but the gun is still required and is preferred choice when the target is not so significant and dangerous. LCA-Tejas will get there but not so soon.