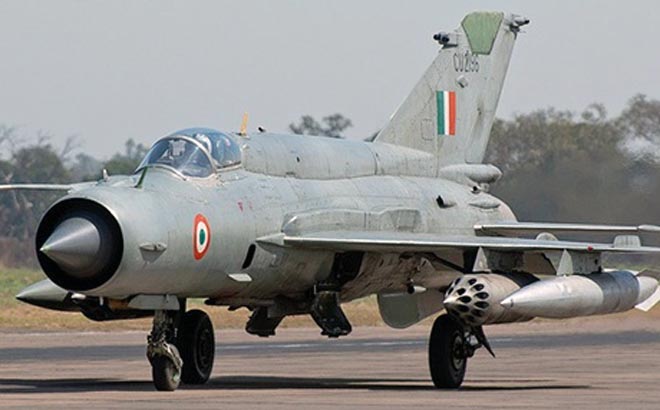 Dhanoa went on to also add that ” I can still fly the MiG 21 MF aircraft which is almost 44 years old. I’m sure none of you are driving a car of that vintage,”. Instead of asking the question around why doesn’t IAF Top tier management ask its self why it preferred 40 plus old Mig-21 with 3.5 generation technology over a 4th generation LCA-Tejas which even though took ages to mature but still was light years ahead in technology even when it was not fully combat-capable.

Then Indian Air Force Chief Air Chief Marshal P V Naik in 2011 had called the LCA Mk II as MiG 21 + + aircraft and IAF never went on to place orders over 40 plus aircraft even though it was still technology better than aging Mig-21. IAF insisted that LCA-Tejas program achieved almost all milestones from IOC to FOC before it even considered to place orders for the second batch of 83 aircraft which required major changes again in its specifications.

IAF in past has been accused of being relaxed when it comes to aircraft which have been imported from aboard especially on their certification starting from Jaguar strike aircraft which were ordered from Britain but came without even IOC certification and IAF and HAL has to spend resources and effort not only to perfect this aircraft for operations in Indian conditions but had to perfect its even its weapons delivery system.

IAF was an export customer for Mig-29A which too came without any initial certification and for the first few years had serviceability as low as 16% due to major issues with the engines and spare support. almost same can be said about Su-30MKI where intended technology requested by IAF only came full in block-3 variant which came after a few years of being in production.

Support for ingenious programs like LCA-Tejas was never backed fully by the top tier in IAF, some passionate people from airforce who chose to be associated with the program instead of being rewarded for their contribution were ignored and people like Air Marshall Rajkumar who was Director of Flight Testing had to fight in courts for being ignored for promotions. Many test pilots and technicians who were associated with the program initially burned their hand due to stepmom like the attitude of the top tier management. Even when LCA-Tejas program was under heavy negative press from the foreign-backed weapons lobbyist, IAF only did lip service on it.

India’s obsolete fleet of fighter aircraft is due to bad decision making on part of IAF top Tier which inducted them without a clear vision for the future. IAF inducted last Mig-21 batch in 1985 when World had moved on to 4th generation fighter aircraft like F-16, Mirage-2000, and Mig-29, over 800 Mig-21 variants was inducted into IAF from the 1960s which only shows its obsession with the aircraft which was never build to last 40+ years as per manufacturing Soviet standards, yet they were inducted in masses as there were no tomorrow.

An indigenous program like HF-24 and its successor HF-73 was shut out due to easy availability of cheaper Mig-21 from HAL production line and no effort was made to look for indigenous solutions. Even when LCA-Tejas program was conceived many in IAF tried their best to get it canceled and even HAL which has burned its hand with HF-24 program backed out of the program due to which ADA had to be established by DRDO for sole purpose because no one wanted to be in charge of the program, not even IAF.

IAF is not the only one around which is flying old vintage aircraft in its fighter assets. Post Balakot operations, Pakistani Air force used 50-year-old Mirage-III/V to drop four H-4 Glide bombs on the Indian side of Kashmir and recently also acquired 30+ retired air frames from Egypt of the same type which clearly shows that they are keen to continue using them for next decade or more. The economic slowdown in their country has forced them to soldier on with old antique planes like Mirage-III/V but it also shows aircraft can be used for active operations if maintained properly.

USAF still operates B-52 bomber which is 55 years old now and plans to fly them till 100. USAF plans to operate nearly 300 F-16 fighter jets inducted from the ’80s onwards till 2050. They are no immediate plans to retire all of 4.5th generation fighter jets from USAF even when 5th Generation aircraft like F-35 is in full-scale production. Even PLAAF operates vintage 70’s designed J-7, J-8, and JH-7 fighter assets which still make up more than 50% of their current fighter fleet.

IAF continues to act like a spoiled kid of a rich father especially after its obsession with Dassault Rafale aircraft which it wants at any cost even beyond 36 already ordered by Modi Government. The rising cost of imported fighter jets have forced IAF to have a re look at local options which finally has created opportunity in the country for the development of Tejas Mk1 and AMCA, but imagine if they existed cheaper options from abroad, could IAF top Tier still preferred local products over imported ones?