Why India Should Not Buy the F-35A 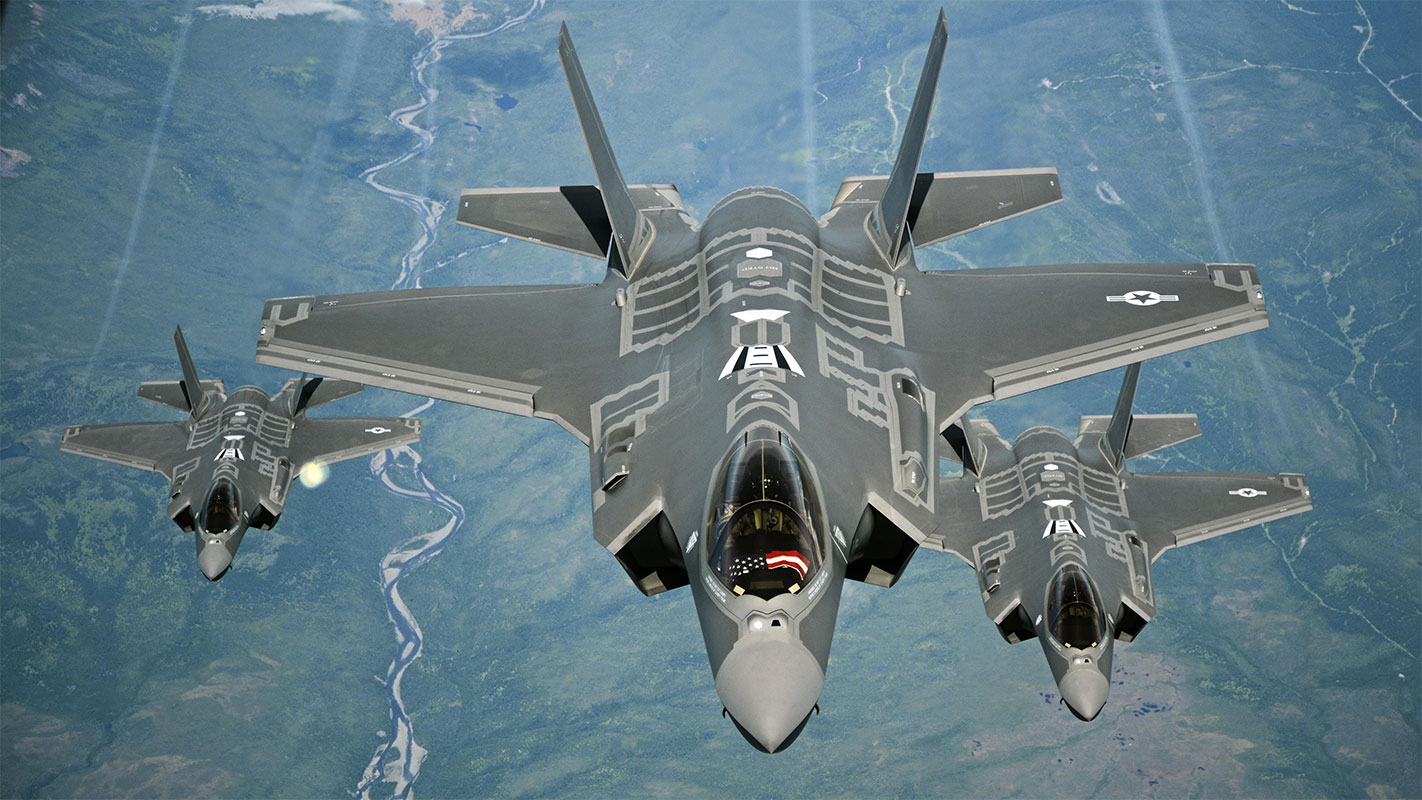 Although the chances, thankfully, are not high, we still often see newspaper articles and political analysts call for India to buy the F-35 Lightning II plane from the United States. This is, however, not a good idea. That, however, does not mean the F-35 is not a good aircraft. With the right tools and weapons support systems, it is a deadly opponent to face. However, it does not make a good case for India to procure such a fighter. India Should not buy the F-35 because we do not have the right support systems and funds to effectively use the F-35.

History of F-35 :The F-35 Lockheed is designed and developed by Locked Martin. It had its first flight in 2006 and about 500 aircraft are currently in service. The US plans on procuring about 2500 such aircraft. The program is seriously criticized for cost overruns and delays by the US congress.

F-35 Issues : According to an article by Business Insider and Defense News, the aircraft despite its reputation and general effectiveness, is still struggling with many issues. The aircraft had serious design flaws that had to be corrected after the production had already started, resulting in increased cost. According to the article, in the past few years, Lockheed Martin was able to correct the majority of the 111 issues on the aircraft in category 1. Category 1 flaws are defined as the most serious flaws that can result in death or injury, and critically restrict combat readiness of the aircraft.

Nevertheless, the aircraft still has issues with batteries falsely reporting failure in cold weather. The engines on the F-35B have trouble creating enough thrust in hot weather to keep the aircraft in the air, often resulting in hard landings. There have been reports by pilots that they are not able to control aircraft pitch, roll, and yaw after performing certain maneuvers. According to the Joint Striker Program Office’s Deficiency Report Metrics document, dated February 28, 2020, the aircraft currently has 883 unresolved design flaws, there are currently no plans to correct 160 of these. These include the problem that the F-35B and the F-35C can only fly supersonic/high speeds for a short period of time due to structural damage to the tail and negate the stealth factor of the aircraft. The F-35 also has software issues with its mission computers. Such design limitations can have severe consequences for a modern air force.

India’s Case: Cost is another major issue to consider. The base price of the F-35 is 90 million USD. To upgrade the aircraft to India’s standard would add to it is cost as it did in the Rafale. Correcting these designs and software issues would require India to pay for eliminating these corrective actions and would be an added expense. The US will also force India to buy its weapons package rather than integrate Indian, Israeli, or Russian weapons into the aircraft. The US could allow India to integrate its Indian weapons after paying a premium, and the work would have to be done by Americans, and in the United States.. The chances of the US giving integration codes to India is unlikely. This is just the cost of buying the aircraft and upgrading it to India’s standards.

The F-35 will come with additional costs in terms of operation. The operating cost of an F-35A for an hour on average can cost 36,000 USD according to the Joint Program Office. This is the official figure by the US Government presented to Congress. Some reports indicate this cost could be higher. That is how much each fighter will cost the Indian Air Force to fly for an hour for any mission.The F-35A needs specially-built, costly hangars with the unique ability to control precise humidity and temperature, in order to preserve the stealth coating. The F-35 requires RAM coating to be applied to obtain additional stealth. It wears out over time, depending on the operating conditions. All these expenses will add to the cost, at a time when the IAF is already, as an aftermath of the CoronaVirus, struggling for funds .

The IAF will also run into logistical issues. In the past, the IAF has focused mostly on Russian fighters with a Russian and Israeli inventory of weapons and systems. Introducing an American system and weapons inventory will create logistical issues and cost increases. IAF will need specially trained maintenance, pilots, and engineers to service the aircraft. This will require massive training and storage of spare parts. Ex IAF officials have acknowledged the need for streamlining repairs and having fewer aircrafts types in the IAF inventory. It’s hard for armed forces to justify increasing costs and bringing in another aircraft type from a different nation. We must move towards having aircraft from fewer nations while introducing indigenous fighters. For example, most nations, such as France and Britain, mostly use two to three active sets of fighters. France uses its home-built Mirage 2000 and Rafale, While Britain uses its Eurofighter Typhoon and American F-35B. Our two biggest adversaries in the region, Pakistan and China, also use 4 and 6 different types of fighters respectively. Pakistan’s fighter fleet consists of American F-16, Chinese JF-17, F7P/PG, French Mirage III & V. China uses a mix of homegrown fighters such as J10, J7, J11, and Russian origin SU27, SU30MKK, SU35. China, however, has to worry only about just spare parts from Russia and is actively trying to build spares at home. India, however, uses 7 different fighters, with only Tejas being indigenous. India uses Russian origin SU30MKI, MiG-29, Mig-21, French origin Mirage 2000 and Rafale, and finally British origin Jaguar. We depend on three nations to provide spares for our fleet, which is already problematic. Adding an American fighter to the list will just add to the existing problems of the IAF.

Conclusion : I completely agree that the price tag on the F-35 is undeniably justifiable for some nations. However, to fully utilize the F-35 we need to have many support systems since it’s a net-centric fighter. We can not spend so much money on expensive fighters and then spend more on support systems. Let us not forget it is already very unlikely for the US to even get an F-35 without paying a premium, since we are getting a Russian S400 missile defense system. The best way forward would be to continue developing indigenous fighters and technology with the public-private model. We should also continue to build spare parts at home for Russian and French origin fighters, to limit our reliance on them. The F-35 is a great fighter but it is not for India at this time.

Article by RAMANPREET SINGH/,  cannot be republished Partially or Full without consent from Writer or idrw.org