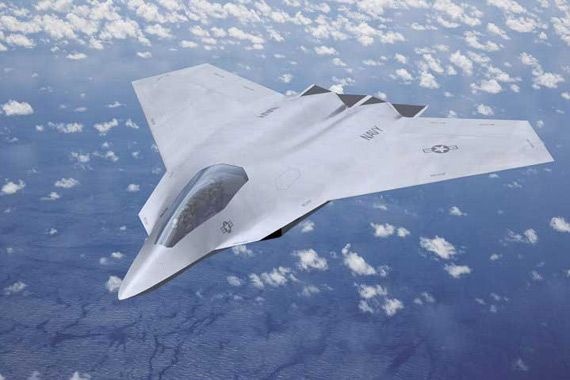 In 2015, the Indian Navy decided it wants a twin-engine platform for its deck-based operations, the current single-engine configuration of the N-LCA Mk1 which has been used as a Tech demonstrator for the NLCA Mk-2 program was dropped after Aeronautical Development Agency (ADA) had completed design works on the Mk2 with improved payload and fuel carrying capacity and with 3 tonnes more Take off weight than the Mk1.

Change of heart from single-engine to twin-engine configuration for indigenous carrier-based fighter jet meant that Navy asked ADA to carry out feasibility studies to work on developing a Carrier-based fighter jet from the proposed 5th Generation AMCA program for the Indian Air Force (IAF), as told ADA did submit its reports to the Naval Head Quarters with a significant warning for converting current AMCA design into a Naval fighter jet.

For the first time, people who know the contents of the feasibility report have confirmed to idrw.org that ADA had recommended Navy not to go for the conversion of AMCA design into Carrier-based Naval fighter after feasibility studies found too many shortfalls and compromised operational requirements and technical challenges which will not be able to meet requirements what Navy was looking for in 5th Generation fighter jet.

The second set of technical challenges pointed put that even an Upgraded AESA UTTAM Radar could require highly improved sea search mode with new hardware and software requirement and new software for auto take-off and landing mode for aircraft carrier operations. ADA recommended a new design with higher Take off weight instead of converting AMCA design into Naval AMCA. A new design will be a clean slate 5th generation design optimized for Naval requirements.

Twin Engine Deck Based Fighter (TEDBF) which is a 4.5++ Generation fighter jet design for carrier-based fighter jet has been proposed to the Indian Navy due to technical challenges to develop a 5th Generation carrier-based fighter jet. Navy has accepted the initial proposal and the Navy and Defence Ministry will decide about it while IAF also has been offered a variant of the TEDBF known as Omni role combat Aircraft (ORCA) but IAF is yet to decide on that.

Persistent Problems with carrier-based F-35C which was based on the F-35A also suggests that using single airframe design for the multi-service requirement to save production cost also doesn’t work that way and ADA mentioned this and problems it faced to convert LCA design into Naval LCA program as one of the major reasons to avoid the same mistake with Naval AMCA program and suggested developing a new clean slate stealth fighter based on technology developed for AMCA in 2030-40 and suggested TEDBF program to gain technology experience in development of carrier-based jets.