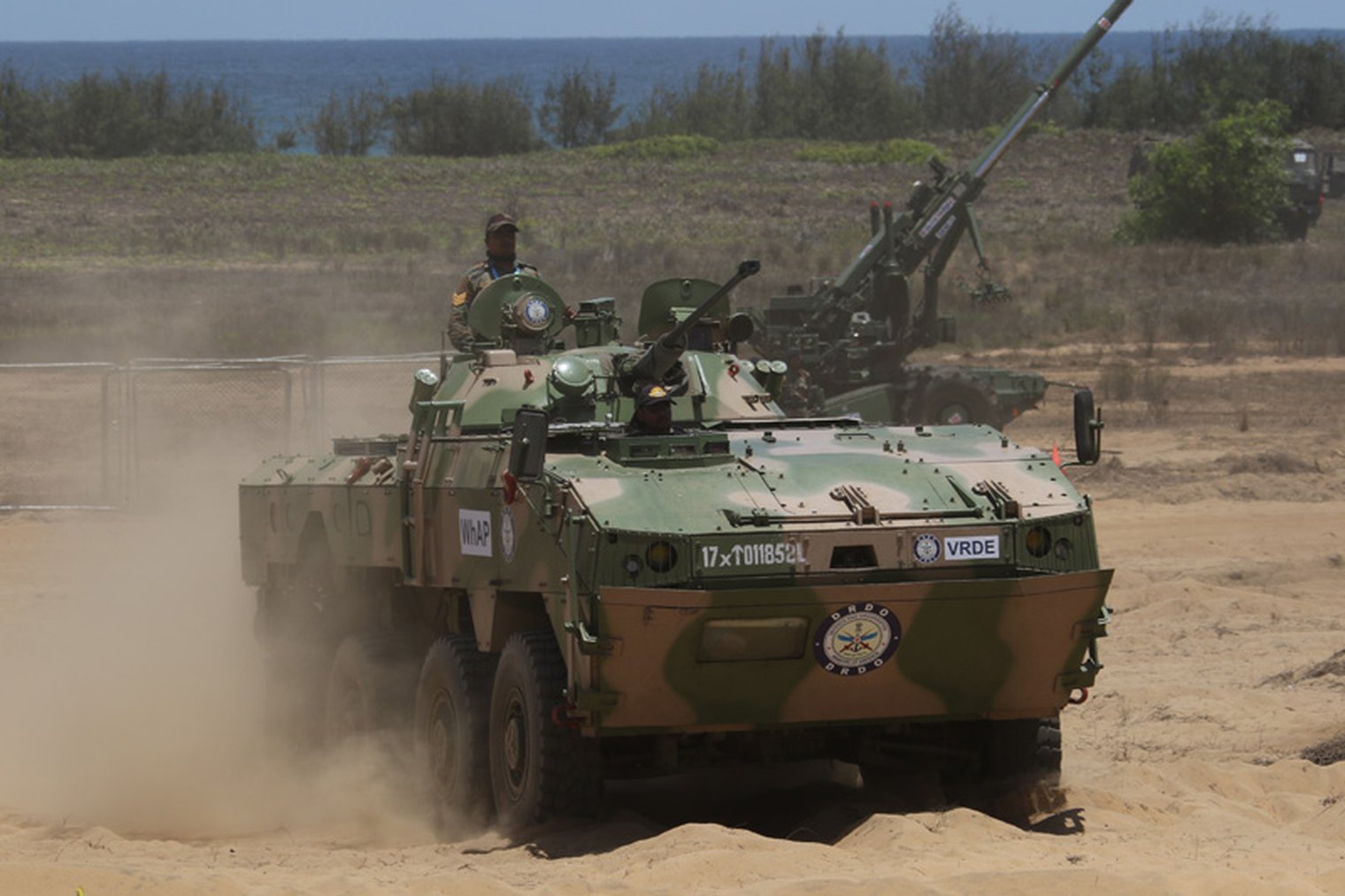 DRDO and TATA Motor developed Wheeled Armour Platform (WhAP) is India’s First Infantry Combat Vehicle designed for optimized survivability, all-terrain performance and increased lethality have been cleared by the Ministry of Defense in India suggesting that the combat vehicle is nearing its production soon.

Indian Army has inducted a few of the WhAP Infantry Combat Vehicle in its arsenal for testing and trial purposes and the vehicle has been tested in India’s North-Eastern states and high altitudes areas of Ladhkak and J&K also floatation trials of WhAP (AP-II) were conducted at Mula Dam, Ahmednagar during June 2017.

WhAP has a seating capacity of 10+2 people and is powered by a 600 hp engine coupled with automatic transmission and is a modular vehicle with interchangeable snap-in modules. WhAP has been star attractions at bi-annual defense expo exhibition held in India from 2014 onwards and has been showcased to Military attache in India and many countries have expressed interest in its procurement.