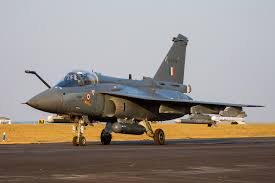 First FOC configured SP-21 carried out its Ground engine run, way back in November and it was decided it will get its crucial software upgrade from its partner Aeronautics Development Agency (ADA) to allow integration and firing of newer weapons along with the ability to handle the better rate of climb with better communication systems.

while HAL is still tight lipped about why SP-21 is yet to fly but sources close to idrw.org have informed that due to teething issues with some of the FOC equipment integrated for the first time and due to minor software related issues both SP-21 and SP-22 are held up as a precaution from carrying out it first flight, while SP-23 is almost ready and work on SP-24 is already at advance stage of completion, HAL is trying to get at least SP-21 and SP-22 airborne by end of March and SP-23 and Sp-24 in next two months so that expected commissioning of second squadrons of LCA-Tejas Mk1 in IAF happens by end of June or in July with four aircraft.

what was supposed to be quick last-minute component swap and software upgrade has become a bottleneck in delivery of first FOC configured LCA-Tejas what that is holding back both the aircraft. HAL is maintaining that production of SP-25 to SP-31 is progressing well and has maintained that for FY-2020-21 it will deliver another 8 LCA-Tejas Mk1 above Four FOC LCA-Tejas it had promised to deliver by end of FY-2019-20.

Last LCA-Tejas Mk1 in IOC-II configuration to come out of HAL Production line ironically was SP-16 (LA-5016 ) which had completed its maiden flight after taking off from HAL Airport in Bangalore on 12-March-2019 which is almost a year back, since then HAL started preparing for manufacturing of FOC configured LCA-Tejas which starts from SP-21 onwards.

Air Chief Marshal Rakesh Kumar Singh Bhadauria already has confirmed that the first LCA-Tejas No. 45 Squadron ” Flying Daggers ” based at Air Force Station Sulur will move out to a forward airbase in the western sector close to Pakistan by end of this year and second LCA-Tejas Squadron will soon be established by mid of this year once first four aircraft are delivered by HAL at Air Force Station Sulur. Sources close to idrw.org have confirmed that the second squadron will move out of Sulur by end of 2021 to a forward base in Jammu and Kashmir.