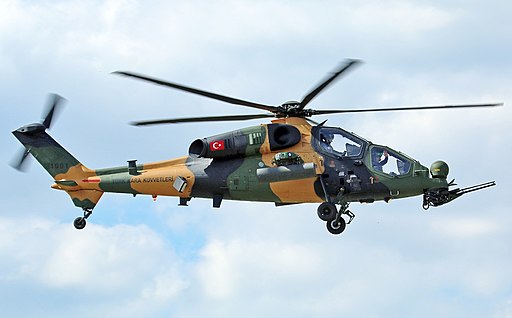 After Turkey and Pakistan signed their biggest-ever arms deal, for the supply of 30 T129 ATAK multipurpose helicopters for the Pakistani military for $1.5 billion. US-based manufacturer Honeywell and Britain’s Rolls-Royce has been blocked by US Administration for the supply of LHTEC T800-4A turboshaft engines which powers the T129 ATAK attack choppers.

US-made parts of the engines that are meant to power the aircraft have been denied export license from the US Department of Defense. Pakistan and Turkey agreed to seek a replacement variant for the engines but it will prolong the deliveries of the T129 ATAK attack choppers since it will need to go through re-certification of the engines.

According to Turkish officials, France and Poland have emerged as other alternatives vendors who could be approached by Turkish Aerospace Industries (TAI) for the supply of engines which can be equipped on T129 ATAK. France which has a close relationship with India and also has Co-developed engines which are equipped on HAL developed ALH Dhruv, Rudra WSI, LCH and even on LUH may refuse to be part of the re-engineering program if India objects, while Poland itself in past has heavily relied on western and Russian origin engines for its helicopters , it not clear which engine they can offer to Turkey.

T129 ATAK which is based on Agusta A129 Mangusta can be equipped with original Rolls-Royce Gem 2-1004D engines which are powering on Agusta A129 Mangusta but this engine is grossly under powered and has limited capabilities at all operational environments; i.e., hot, cold, high-altitude, and maritime. TAI officials believe it may take up to 5 years for the company to complete the delivery of the T129 ATAK to Pakistan due to lack of clearance for an export license for LHTEC T800-4A turboshaft engines.