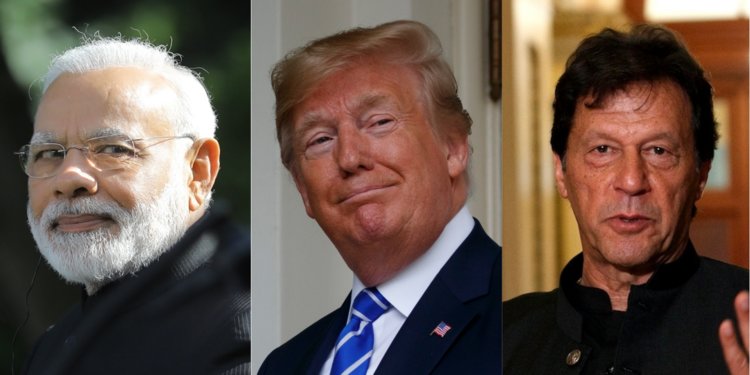 President Donald Trump’s enthusiasm to mediate in Kashmir on the advice of Pakistani Prime minister Imran Khan Niazi was seen as a Diplomatic coup pulled by Pakistan because for the first time the United States agreed to directly intervene in the Kashmir matter. Niazi was seen as Victor when back home and much to the amusement of the opposition, Khan backed Military establishment called it ” TrumpCard ” to force India to come for a resolution on Kashmir in favor of Pakistan.

Niazi ” TrumpCard ” now turned out to be a ” TrapCard” which both Modi-Trump might have laid down for Niazi who fell for it after Indian media reports emerge that confirmed that United States officials were in the loop in India’s decision to remove Special status of the Jammu and Kashmir months ago and many Pakistani media and opposition leaders now believe that Niazi was simply lead into a Trap set up by Modi and Trump.

Some Pakistani media anchors have even called it to slap on the face of Trump by Modi and some even wondered if it was well planned Trap set by both the countries due to Exit plan on Afghanistan which Americans were not able to push through due to the stiff stance taken by Pakistan who is backing Taliban. A Distracted Pakistan will allow Americans a walk over and this what Americans want when they sit on negotiation table with Pakistan on the Afghanistan said another Anchor.

The opposition also took dig at Niazi when Joint Parliament session called by the Prime Minister was started at 4.30 in the evening when the Joint parliament was called at 11 am and didn’t start after Niazi didn’t come to the Parliament on the advice of his spiritualist and Spouse of the Prime Minister of Pakistan Imran Khan. Joint Parliament session was also not able to declare any Joint declaration and many wondered if the government was serious about the issue at all.

Pakistani Analysts were also not amused on the statement of the Pakistani military after Key core commander meet on the issue of removal of the special status of Kashmir called lackluster and repeat of civilian statements and also slammed speech of Niazi on the floor of Parliament as uninspiring and lackluster without any vision after Niazi moved into RSS and BJP bashing instead of focusing on emerging Kashmir issue.

Interesting statement coming out of Pakistani military was rather curious which said ” Pakistan never recognized the sham Indian efforts to legalize its occupation of Jammu and Kashmir through Article 370 or 35A decades ago”, Many wondered if they didn’t like the implementation of 370/35A in the first place then why to bother protesting it on its withdrawal.