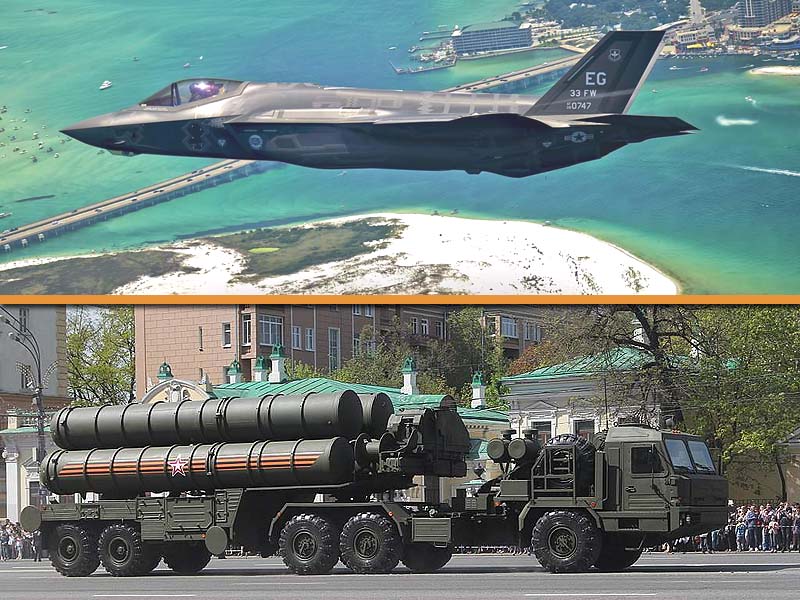 The United States is going all out to prevent the purchase of S-400 missile defense system by India after it rejected a more expensive offer of THAAD and MIM-104 Patriot surface-to-air missile system (SAM) and as per latest speculation in the media is open to offering India it’s F-35 Stealth fighter jet and place in the supply ecosystem of the F-35 program, which will enable Lockheed Martin to set up local production line in India and help in India’s own development of AMCA 5th Generation fighter jet Program.

For starters, there is no clarity if F-35 will be offered in place of F-21 and F-18 to India with the option of local assembly but Washington is likely to pull the plug on Turkey from the F-35 program and canceling orders for confirmed orders of 100 F-35s, speculation is ripe that India will be offered to fill the shoes left vacant by Turkey which was also part of the supply ecosystem of the F-35 program.

Turkey provides around 400 critical structural components for the F-35 program which Washington plans to completely stop sourcing of them by mid of 2020 if Turkey doesn’t cancel its S-400 program with Russia. Pentagon already has asked around 60 pilots from Turkish Air Force currently in America for training to fly F-35 to leave the country by end of this month.

Washington sees India has a viable partner which can step in its F-35 program and replace order lost to Turkey from India, plus make Indian public and private sector companies part of the F-35 supply chain pool which will mean billions of dollars of business opportunity for Indian companies. F-35 might also be offered for local assembly under supervision of Lockheed Martin India with a private partnership with a local company like TATA Defense.

While it might sound all good but India is unlikely to take the offer for many reasons listed out.

IAF not Interested: Indian Airforce in past have shown no interest in acquiring American F-35 stealth fighter jets and force is not really ready to shift from its Russian/French fighter jets to American jets which it has never operated in its existence.

Limited Local assembly: While Lockheed Martin India will remain in charge of the program if it is ever offered to India and will come with limited Transfer of Technology which is unlikely to interest India. With prices of F-35A already tumbling below $80 million per unit, countries like Japan have already decided to close local assembly of F-35A due to high costs, since it was cheaper to import then build locally in Japan and it is most likely same factors will make it unattractive for India to assemble them locally.

Fear of sabotaging AMCA program: While both Lockheed Martin and Boeing have offered to help India develop its own 5th generation AMCA fighter jets, Indian Strategic thinkers will be wary of any such offer due to past attempts of Washington trying to kill local 5th generation fighter jet program among all its allies to ensure that the sales potentials of their F-35 jets are not threatened.

Multiple offers: India is spoilt for multiple choice and has offers from almost all countries to buy their fighter jets leaving China. Russia already has offered India its Su-57E Stealth fighter jet and the United Kingdom already has offered India to join its sixth-generation jet fighter Tempest program. Germany and France who are also working on their own next-generation fighter program and see India has potential developmental partner or buyer for the final product.