Russia fires up Su-57 program, orders 76 jets , offers an Export model to countries like India at a Cheaper price 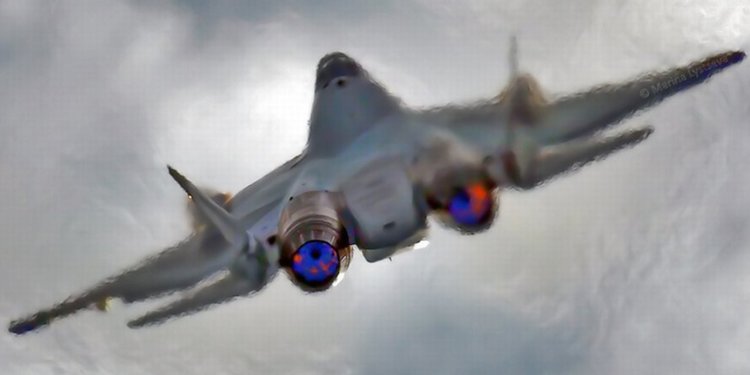 President Vladimir Putin at a regular defense meeting has said that Russian Air forces will take deliveries of more 76 of the Sukhoi-Su-57 fifth-generation jet which will be contacted soon by 2028. New contract for 76 jets will argument initial order for 16 such jets placed by Russian air force earlier. Manufacture of the Su-57 reportedly has offered both the aircraft and equipment at a reduced price of 20% and is promising further reduction for Export customers like India and China with whom Sukhoi company officials have engaged in the past for possible purchase.

Sukhoi Company (JSC) is developing Su-57E which is an Export model for countries like India, China and to other international customers who usually buy Russian weapons. The Su-57E could be officially unveiled at the Dubai Air Show in November 2019.

The Indian government on the recommendations of the Indian air force had withdrawn from the program joint Indo-Russian FGFA program which was supposed to based on the Su-57 program since it was not convinced about the technology at the offer was fully matured. High price tag and high Research and development cost meant it was supposed to be ” Cash Cow” for the program since Russian air force was not fully onboard the Su-57 program and had placed orders for only 16 jets which could be largely used for evaluation trials rather than by regular squadron pilots for regular operations.

India has promised Russians that it will consider the program when it is ready and will procure jets as a off the shelf option and till recently concluded Aero India 2019 held earlier in the year had discussed the option of buying Su-57 at the highest level between both India and Russia. As a Joint venture, IAF had a requirement for 114 units of jets but since it will be now off the shelf purchase, Russians have proposed India to procure at least 60 jets in the government to government deal as per sources close to idrw.org and same has been asked from China as per local media, after Russia agreed to procure 76 additional jets over 16 already ordered.

IAF likely will again ask for a complete evaluation of Su-57E when it is ready, this time Russia will agree to let IAF pilots fly Su-57E jets so that a deal can be concluded. While the price of Export is yet to be disclosed but it is believed it will be in the range of $110-120 millions per unit for a flyaway unit.