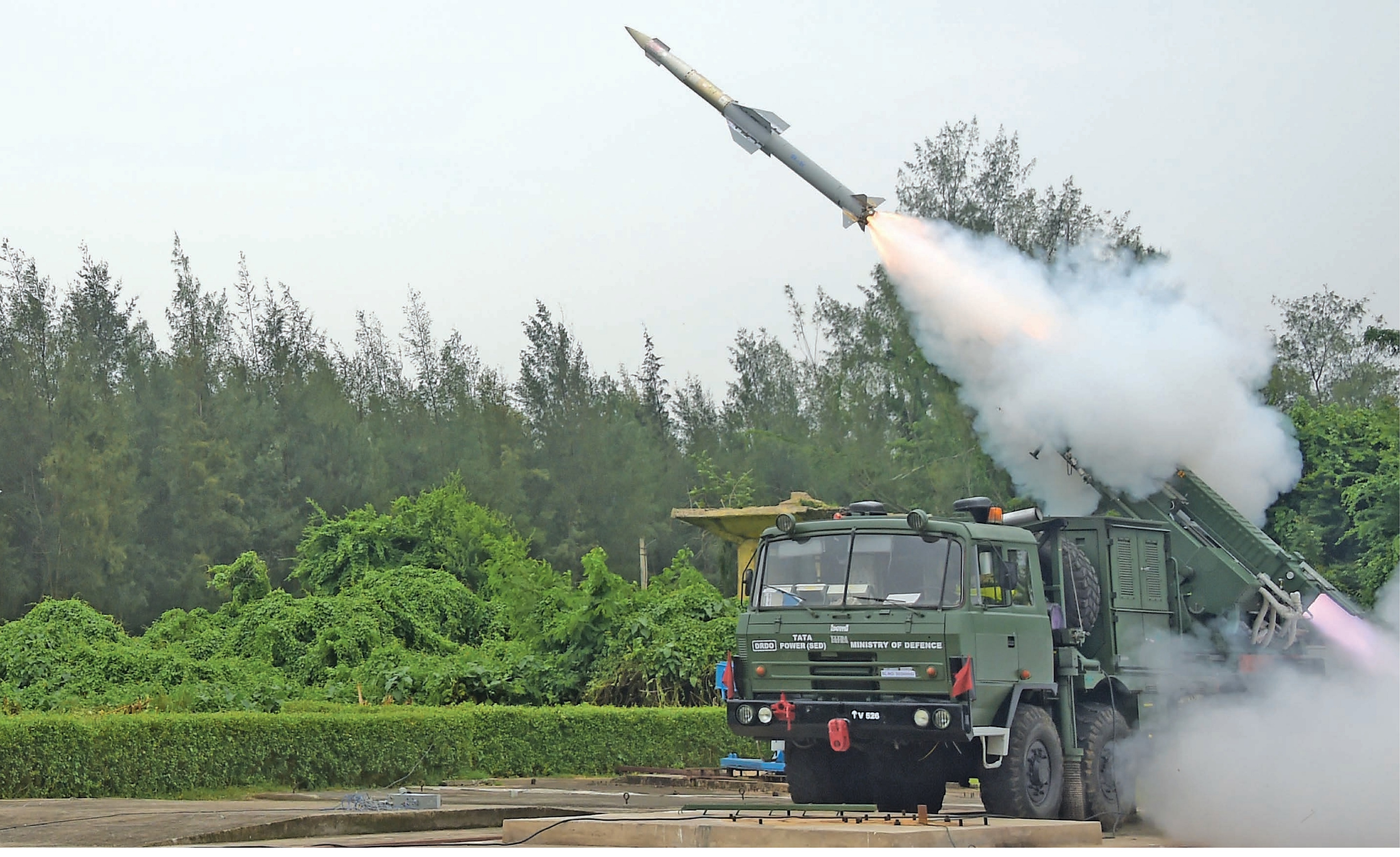 DRDO recently carried out back to back trials of Akash-1S with the new Ku-band Seeker which vastly improves Kill-probability of the indigenous air defense system which was first conceived in the ’80s. Akash Air Defence system after years of delays has finally been accepted by the Indian Army and Indian Air force as a reliable weapons system to engage aerial intrusions and recently units of the Akash Air Defence system have been moved closer to the Pakistani border in Punjab sector due to the limited range of the missile system.

Indo-Israeli MRSAM Air Defence system which has a range of 70km is facing slow order rates due to the high production cost of the unit, due to which DRDO was commissioned to work on the successor of the Akash Air Defence with better range and which can act as a cheaper supplement to the MRSAM System. Akash-Mk2 has been under development for some few years now and the new missile system will be a modern unit which a range of 40km and will act as a bridge between Akash-1s and MRSAM Air Defence system.

From 2016 onwards, DRDO has been working on longe range XRSAM Air Defence Missile system which will have a range of 250km but DRDO has been maintaining the secrecy of the program and it is difficult to know what is the current status of the program but it will play a crucial role in bridging gap between MRSAM and S-400 air defense system and should also be fast-tracked.