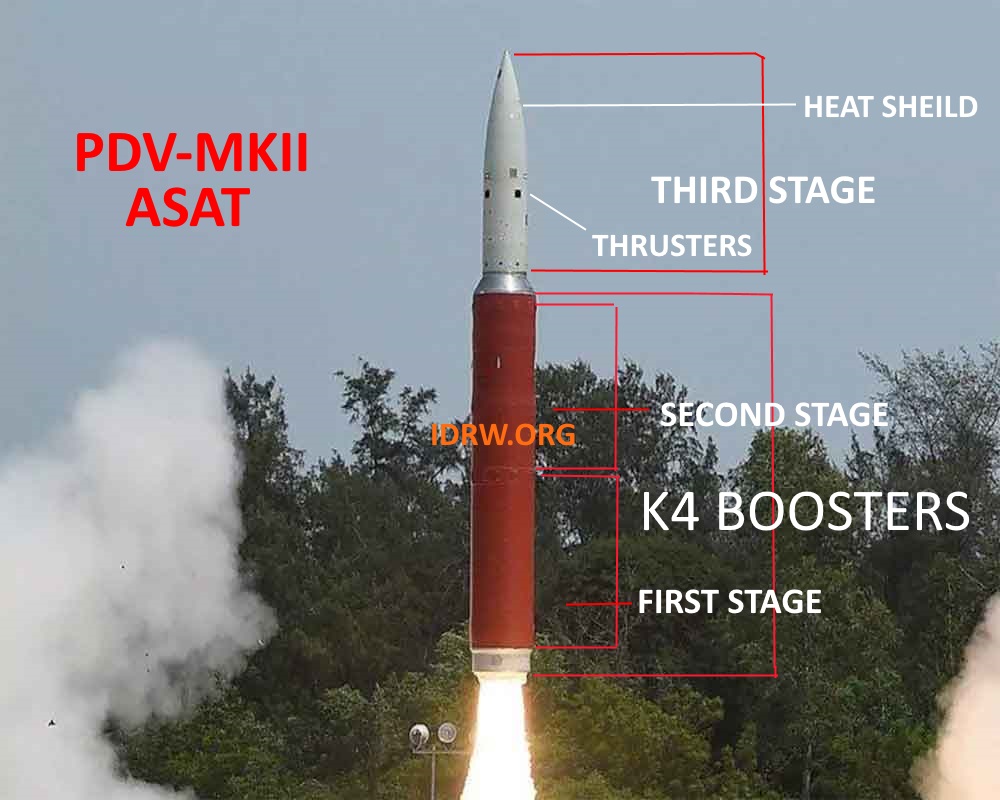 The recent test of Prithvi Defence Vehicle MkII aka Anti-satellite weapons (ASAT) Missile test by India, for the first time, gave sneak peek into India’s Secret K Missile Family which is associated with the development of India’s Underwater Submarine-launched ballistic missile which for years now has remained under the wraps and even operational completing India’s nuclear triad.

It is now confirmed that Stage I and Stage II of the PDV-MkII (ASAT) Missile have been borrowed from India’s longest ranged Submarine-launched ballistic missile (SLBM) called K-4 which according to DRDO officials has a range of 3500-5000km and already has gone through several rounds of secret underwater trials and now is operational onboard INS Arihant, India’s first nuclear-powered ballistic missile submarine.

In 2012, DRDO initially had proposed using two solid rocket boosters from Agni-III/V for the development of a three-stage anti-satellite interceptor missile since only Agni ballistic missile series were proven and reliable and available at the disposal at that time but since the project was not given clearance from than UPA government it allowed India’s more modern and advanced missile technology developed for the SLBM program to mature when the project was given clearance nearly two years ago.

There is no clear picture of K-4 SLBM system available at public domain yet and trails of the missile system mostly have been kept under wraps after National Security Adviser Ajit Doval started plugging media leaks which were earlier so synonymous with India’s nuclear submarine and underwater missile platforms that news of INS Arihant completing first official operational deployment was only confirmed when PMO wanted it to be. Use of two solid rocket boosters from K-4 for the first time allowed defense analysts to study missile for the first time. K-4 SLBM dimensions confirm that missile will have a range of over 5000 km with a lighter payload, K-4 will have a range of 3500 with a 2.5-tonne warhead