While Russia has disputed this claim and said only Two Pantsir missile systems were partly damaged and refuted Turkey’s claim that 8 were destroyed since only four were operational in the entire Idlib province, but Russia can’t hide that the missile system which was specially developed to counter drones and low flying aircraft was taken down by Turkey’s battlefield weapon of choice in Libya it’s Bayraktar TB2 armed drones. 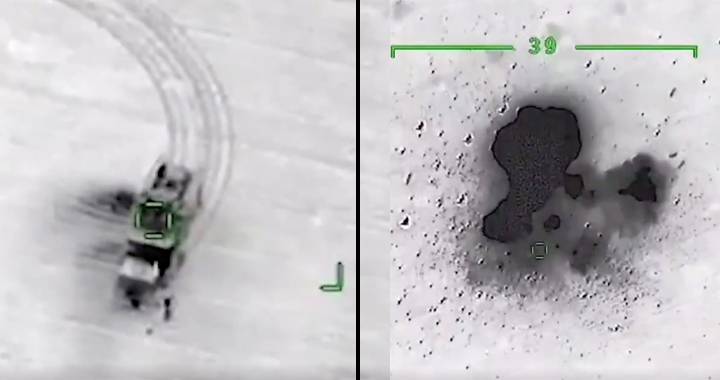 Pantsir is a Russian-made small-range weapon designated to strike air targets with automatic anti-aircraft guns and missiles with radio-command guidance and infrared and radar tracking. As its specific feature, the weapon combines the multi-channel target acquisition and tracking system and the missile/artillery armament designed to strike targets at an altitude of up to 15 km and within a range of 20 km.

In 2017, Syria placed orders for around 50 such systems from Russia but it is now clear that Pantsir missile system has been highly ineffective in detecting and taking out armed drones that Syrian Army had to bring in Buk-M2 Missile System to stop Turkish Armed drones from operating in the area with impunity.

Back home in India, South Korea’s Hanwha Defense developed K-30 Biho (Flying Tiger) was declared the winner by the Indian Army under its critical purchase of self-propelled air defense gun missile system (SPAD-GMS) program for 104 systems but soon Russians filed objections after both its upgraded Tunguska M1 and Pantsir missile systems failed the tests by Indian Army and they complained of impartiality by the internal monitoring committee of the trials and demanded another chance for field trials to prove its systems meet all technical requirements.

The process to acquire SPAD-GMS begin in 2013 and trials were held over two years and clearance for the second round of trials would mean another year or two being wasted to gauge the performance of the systems again and another year or two for price negotiation and contract for the systems. Pantsir missile systems performance against drones detection and mobility issues was one of the reasons why it failed in Indian Army trials and performance of the missile system in Idlib only confirms its performance shortfalls.