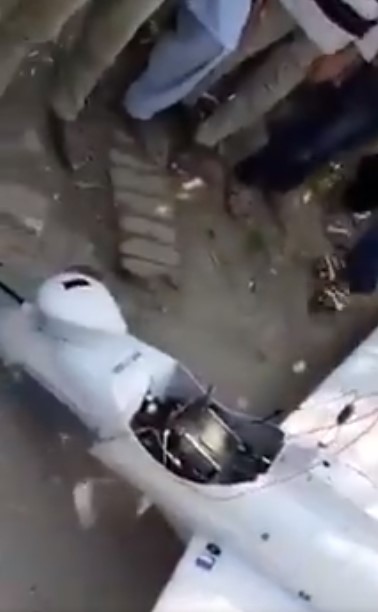 Luna X 2000 is intended for close reconnaissance and can transmit live video data or taking higher resolution still images, but it can also perform other tasks such as particle sampling, ESM/Electronic countermeasures (radio/radar jamming), depending on its payload.

BSF late on Wednesday had seen a Pakistani drone crossing the international border near Samba in Jammu and Kashmir and had fired several rounds in the air. It is not clear when the video was shot and when the drone had crashed but the video which went viral on Twitter was put up on Friday 20th March.

Pakistan Navy had signed a contract on the 27 June 2012 with EMT for purchase for 8 Luna X 2000 UAVs along with 2 ground control stations and in 2020 also procured upgraded LUNA NG UAV.