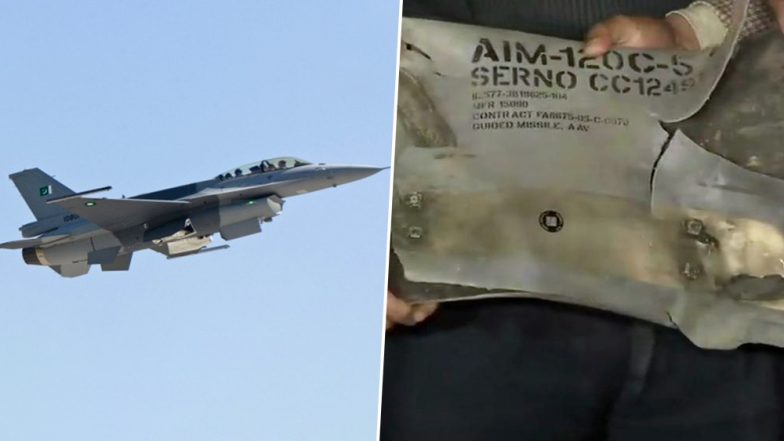 Director General ISPR. Major General Asif Ghafoor who is official Spokesperson for the Pakistan Armed Forces was first to deny that PAF used F-16s in cross border raids on Indian military establishments thus denying India’s declaration that one of the PAF’s F-16 was shot down by India.

Since then India has produced recovered debris of the AIM-120 Advanced Medium-Range Air-to-Air Missile which only can be fired from PAF F-16s. Pakistani armchair experts and media first tried to suggest that recovered AMRAAM was planted by India and Contract no and the serial number mentioned on the missile actually belonged to the Taiwan Air Force which also operates F-16s in their fleet.

But the whole attempt to create confusion was quickly debunked and it was established that missile was supplied to Pakistan and later Taiwan Air Force also officially debunked Pakistani media reports and said that recovered missile was never sold to the island nation. In the meantime, Maj Gen Asif Ghafoor (@OfficialDGISPR) twitter handle has totally gone silence since 27th February and no counter to Indian claims have been made neither on Twitter or in Pakistani media suggesting that PAF F-16s did participate in the attack formation and also fired upon Indian jets.

Since Pakistani military have not officially disowned the recovered missile and Americans military officials which already have called Indian military officials to share evidence with them, it just matters of days before the truth is established.