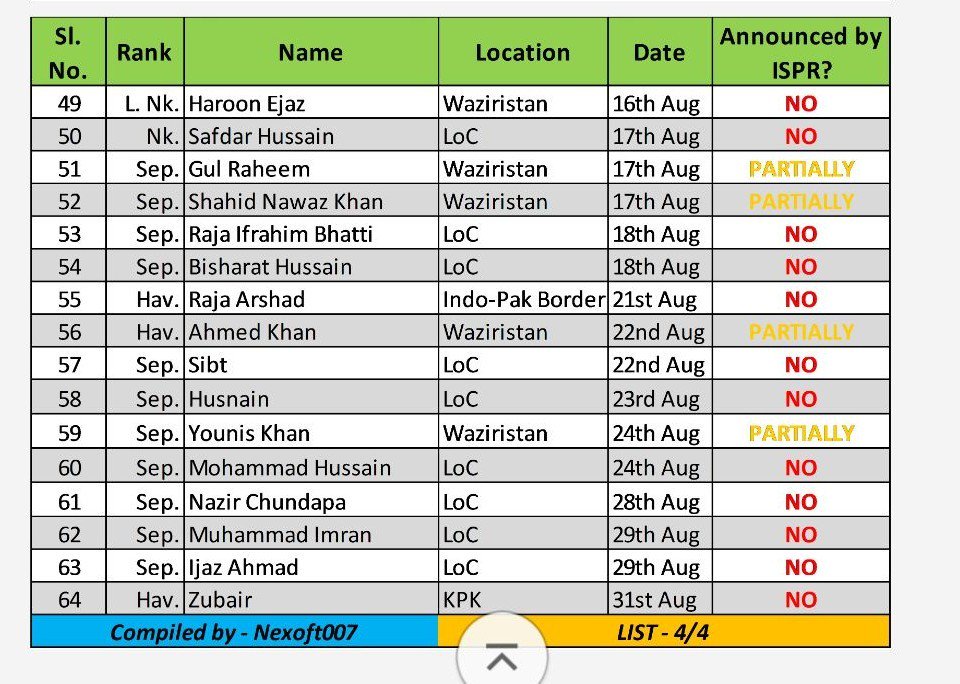 India’s Open-source intelligence (OSINT) twitter handle which goes by name of @Nexoft117, has compiled a list of 64 Pakistani soldiers who were killed from 27th July to 31st August 2019 in different sectors in last five weeks. OSINT handle which has been now suspended by twitter likely due to complaints lodged by Pakistani DGISPR has carried out in-depth Investigation using multiple social media accounts from across the border which reported death of soldier either by family of the dead or by his close relative his report posted above shows that nearly 60% of the dead Pakistani soldiers were buried without being reported in the national media.

Then Minister of State for Water and Power Abid Sher Ali in 2017 in the parliament had told that details of Pakistani troops who laid down their lives due to Indian firing from across the Line of Control (LoC) can’t be disclosed, he also further went on to say that “We do not want our enemy to know how many soldiers laid down their lives,” 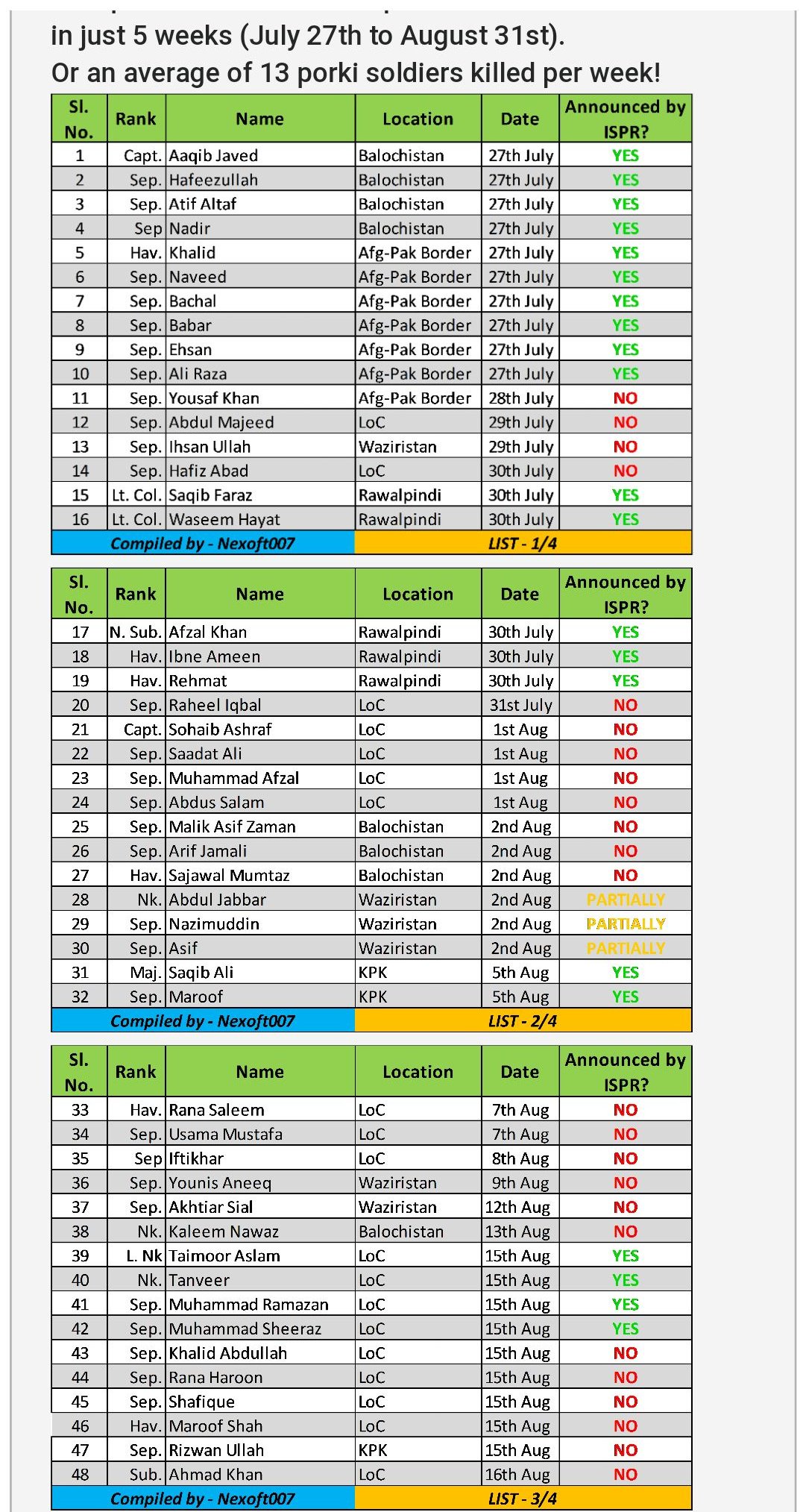 Out of 64 soldiers killed in the last 5 weeks, 29 Pakistani soldiers were killed in Line of Control by the Indian Army, which amounts to 45% of the total causality figure and only 4 killed were reported by DGISPR and Local Pakistani media, which means nearly 85% of the casualties due to Indian army firing was not reported by Pakistani Military.

Indian Army enjoys superior conventional firepower near Line of control but the Pakistani military hides its casualties to keep the morale of its troops high by fake propaganda against the Indian Army. Several times DGISPR has claimed killing Indian Soldiers on the LOC which were quickly denied by the Indian Army.

DGISPR makes such claims to keep the morale of its troops high and to make-believe its troops that enemy is also suffering from heavy causalities. Indian Army has a clear cut policy, where each soldier martyred on the line of duty in the line of control or the International border with Pakistan is not only reported but a state funeral is given to the departed soldier.