Video posted by a Pakistani twitter handle had suggested that an aircraft had caught fire since no details were provided by Pakistani Military into the alleged accident dubbed as “operational incident ” leading to speculation from both side of the border that Pakistani air force jet had something do with it but since it was commercial airport and was not used as an airbase by PAF, but something did happen according to many locals around 02.00 to 02.30 am in the morning which was the cause of partial closure. 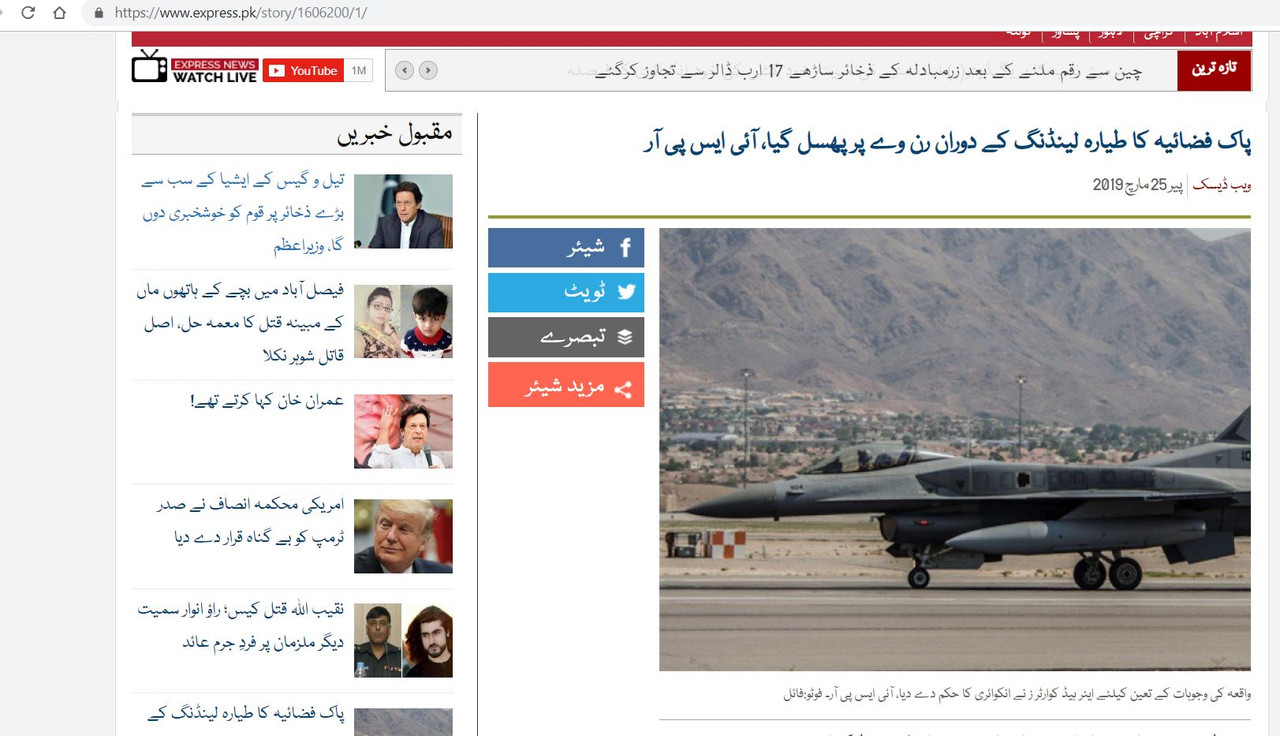 Pakistani Urdu Media outlet was the only one to report it by end of the day, which said that a Fighter jet of PAF had skidded off the runway while landing but the plane and the pilot both were safe and the aircraft suffered minor damages and court of inquiry had been ordered into the incident. further details most likely were not provided and Pakistani media, as usual, didn’t want to question the powerful establishment.

Since the type of aircraft was not mentioned in the report and the only picture of an F-16 was used it was speculated that it was an F-16 which while trying to make an emergency landing may be due to technical reason had tried to land at a commercial airport and went off the runway. Was it a cover act for loss of an F-16 to Indian Mig-21Bis? Was it a JF-17 which other twitter handles are claiming it to be was lost after it skidded off the runway and was damaged in the small fire? 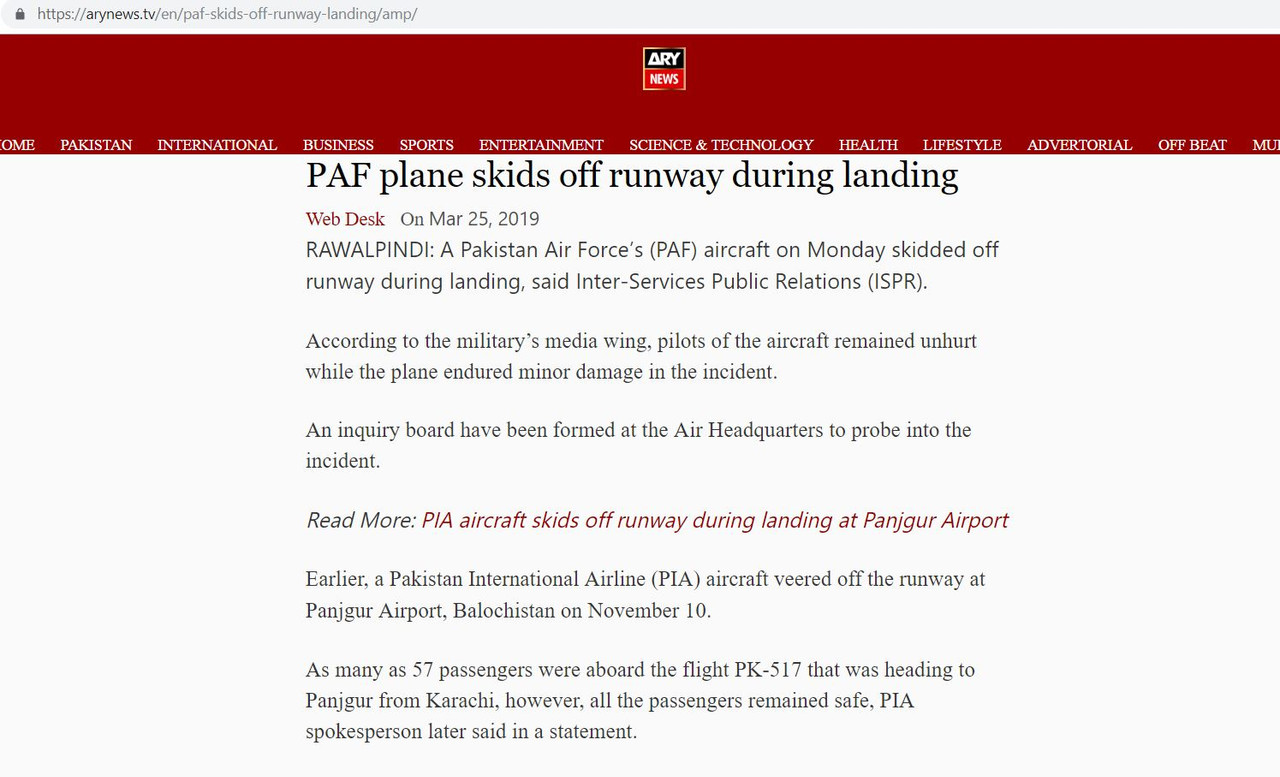 Well, a clear picture about the accident will never be known but it does establish a fact that Pakistani media will report what has been told by their establishment. We have seen that last month when no media outlet asked where was second Indian pilot after Pakistani military spokesperson claimed they had two Indian pilots in their captivity which was also repeated by their Prime Minister only to be denied later in the day.