A little known fact is that when Pakistani Air Force F-16s were firing volleys of BVR Air-to-Air missile at a lone Sukhoi-30MKI ” Avenger-1″ a Pair of upgraded MiG-29UPG Multi-role fighter jets at took off from Adampur Airbase to intercept PAF F-16s flying near LOC. MiG-29UPG Pair took off in time and were soon in supersonic speed flying towards the sector where F-16s were hovering around but before it reached its station, F-16 had fled the spot seeing more Indian bogeys coming close to the scene of action.

IAF top brass now for the first time have sent 5 MiG-29UPGs to Exercise Eastern Bridge in Oman between 17-26 October 2019 to give them more exposure to the Royal Air Force of Oman operated F-16 Block 50 aircraft after IAF decided to procure 21 more of the aircraft from Russia after aircrafts were upgraded with new engines and radar and avionics to making them as capable as Block-52 F-16s operated by PAF .

MiG-29UPGs are now technical at par with Block-50/52 variants and crew finally will be getting much-needed exposure to the F-16s more for growing chance of an encounter with them in the foresee future. After Sukhoi-30MKI, Both Mirage-2000 and Mig-29UPG form the second line of Interceptors and both are the most feared jets in Indian arsenal by the PAF’s F-16 crew.

Mig-29A inducted in the mid-’80s was the first aircraft in the region to be equipped with Russian R-77 Beyond visual range missile in the late ’90s. At height of Kargil War alone Mig-29A while performing CAP duties over the Kargil sector had successful missile lock on to two fast approaching PAF F-16 close to the LOC.

Mig-29A which was tasked to provide Combat air patrol duties at that time due to lack of Su-30 fleet in the IAF and was instrumental in keeping PAF at bay from operating in the area while providing air cover to Mirage-2000s and Mig-21s which were bombing mountain peaks captured by Pakistani Army. 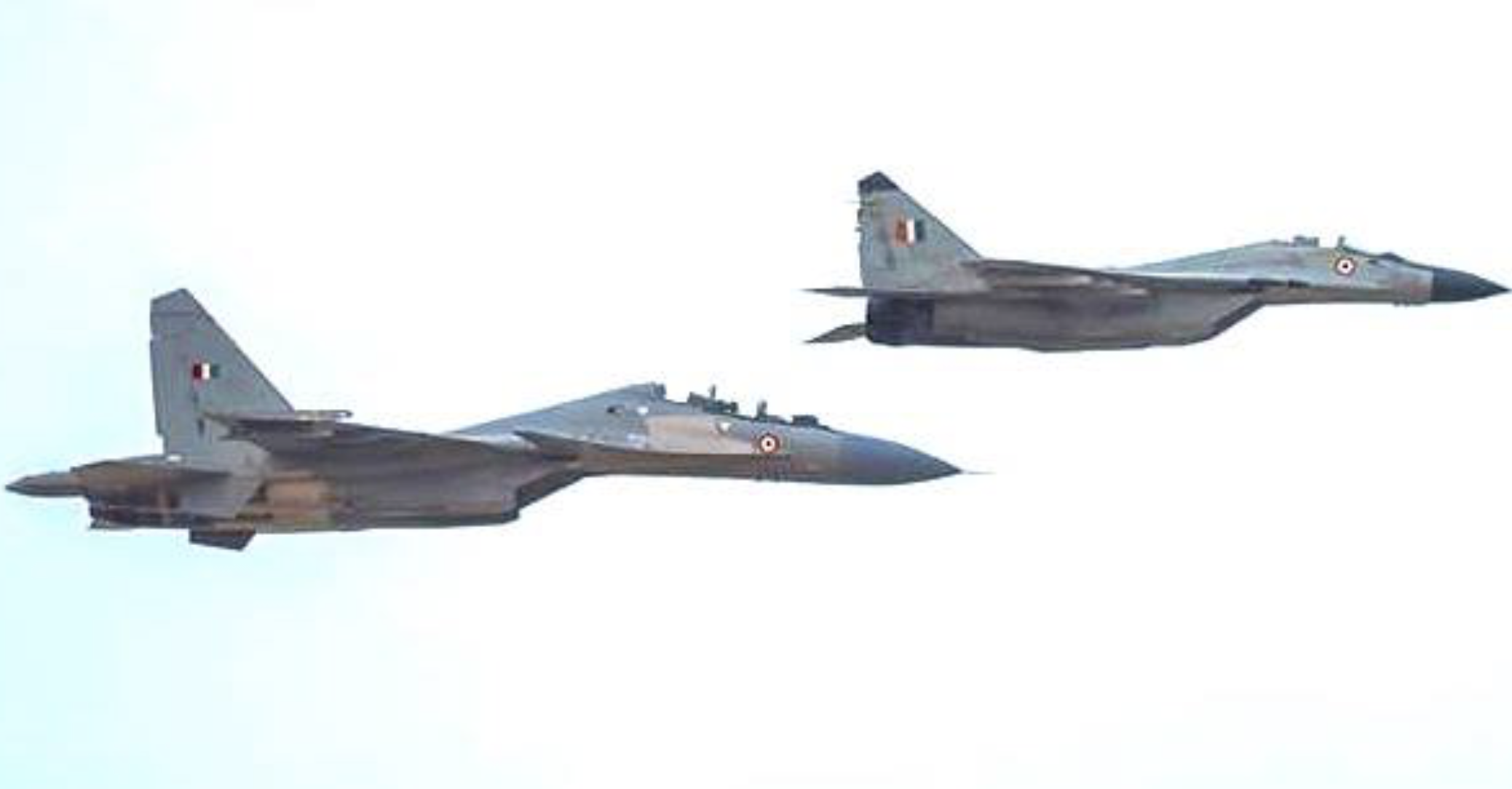 With new upgrades, MiG-29UPGs not only are at par with Block-50/52 variants but can now do not have to play second fiddle to the Su-30 fleet and MiG-29UPG being a smaller jet with the best power to weight ratio with new engines it has some advantages which can not only pin down PAF F-16s in future but also come handy to the Su-30MKI crew.

IAF’s 60+ MiG-29A are already been converted from A to UPG Standard now and the remaining two jets are already in 11 Base Repair Depot (BRD) at Ojhar in Nashik district for upgrades. with Purchase of 21 more Mig-29UPG from Russia soon, the Mig-29UPG fleet will be the second-biggest fleet of Multi-role jets in the IAF after Su-30 and will play a larger role too in near foresee.