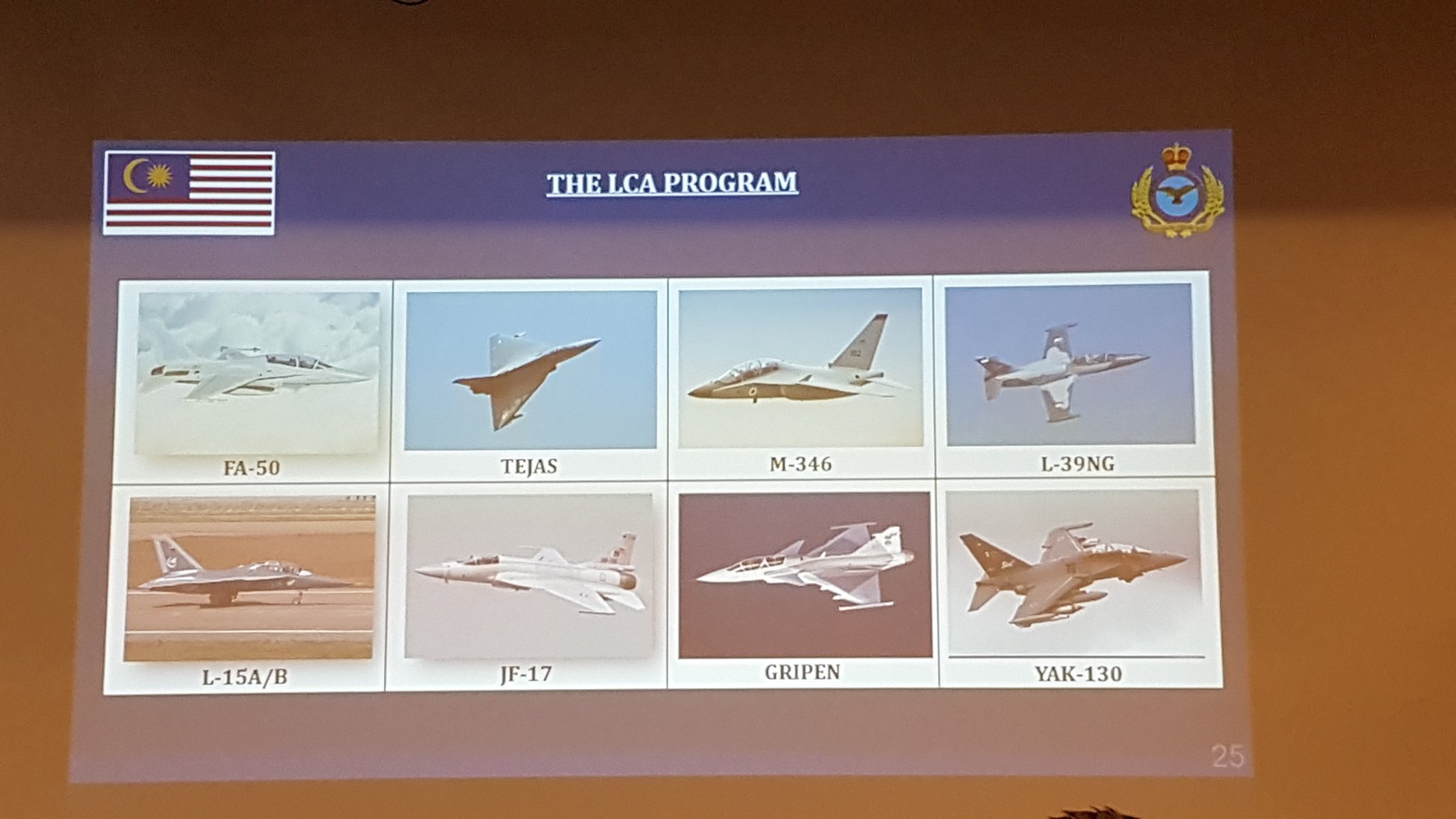 RMAF has confirmed that the LCA contenders included the Korea-made T-50 Golden Eagle, Russia’s YAK-130, Leonardo M-346FA, BAE Systems Hawk, China’s L-15, Sweden’s Gripen India’s Tejas and the JF-17 Thunder from Pakistan. RMAF had issued request-for-information to all contenders (manufacturers) in the LCA category earlier this year and India’s LCA-Tejas Mk1 which participated in the Malaysian Langkawi International Maritime and Aerospace Exhibition (Lima) 2019 later in the year was evaluated by the RMAF. JF-17 Thunder From Pakistan was also evaluated by RMAF after few weeks in Malaysia.

RMAF was pretty impressed with India’s LCA-Tejas Mk1 capabilities, especially its American engine and it is no hidden fact that RMAF personals always have a soft corner for American made engines over Russian engines due to maintenance issues they have been facing with their Russian-made MiG-29N Fulcrum and Sukhoi SU-30MKM Flankers.

Prime Minister of Malaysia Dr. Mahathir Mohamad who slammed India in UN over the removal of Article 370 from Kashmir has been facing Indian backlash for siding with Pakistan on Kashmir issue and it is unlikely Malaysian Government is likely to place orders for the 36 Indian made LCA-Tejas Mk1 even though RMAF prefers it over Russian engine equipped Pakistan made JF-17.

RMAF due to budgetary concern is not likely to go for Gripen but Korea-made T-50 Golden Eagle a fighter variant developed from its Trainer variant powered by American engine could emerge as the best alternative.If RMAF decides to buy 36 JF-17 from Pakistan then it will come as a major boost to the JF-17 program which has been struggling to sell them as low-cost F-7 and Mig-21 replacement and only managed to get an order for only 19 jets out of which 16 JF-17 were manufactured by China for Myanmar Air Force after Pakistan refused to manufacture them locally due to intense local pressure over Rohingya issue.