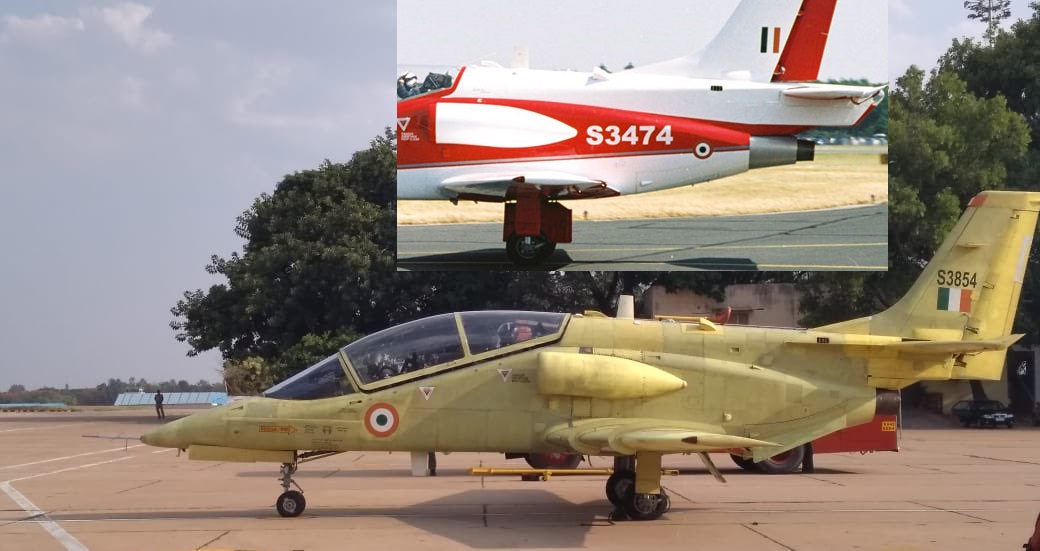 Hindustan Aeronautics Limited (HAL) has confirmed that HJT-36 Intermediate Jet Trainer (IJT) had flawless flight yesterday after been grounded for nearly three years. As per picture realized by HAL, Tail section of the HJT-36 has gone through a high level of modification which was recommended by the BAe, hired as the consultant by HAL.

The modification was based on comprehensive wind tunnel studies said HAL official. As seen in the picture above, Tail has been moved little further south and ventral fins have been added so that aircraft can be easily recovered when in spin even by a rookie trainee pilot.

According to HAL officials close to idrw.org, Lift and drag control surface has been improved and onboard mission computer to has been upgraded with new software which will aid in the recovery of the aircraft in a spin. HAL is considering carrying out a spin trial in near future and once spin trials are cleared aircraft will be presented to the Indian air force for User Trails.