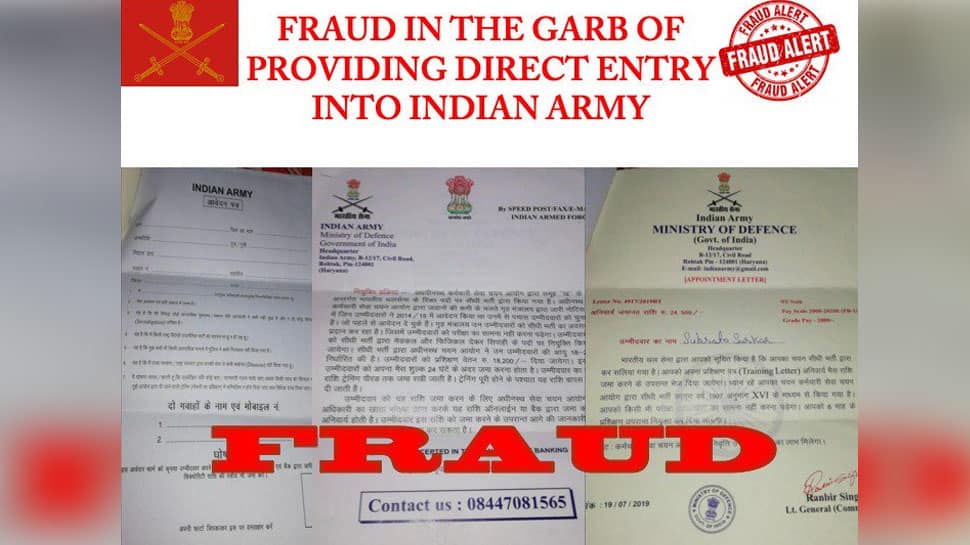 The Army on Wednesday issued a warning to the people against fraudsters who are using fake letters claiming to provide direct entry into the Indian Army. Some people have also been, according to the Army. The Army has asked people to be careful and not fall for such trap and deceit.

Taking to Twitter, the Army said, “Number of fraudsters are using fake Indian Army letters claiming to be providing direct entry into Indian Army. Some reported to have been duped. Be Careful! Do not fall for such deceit & trap.”