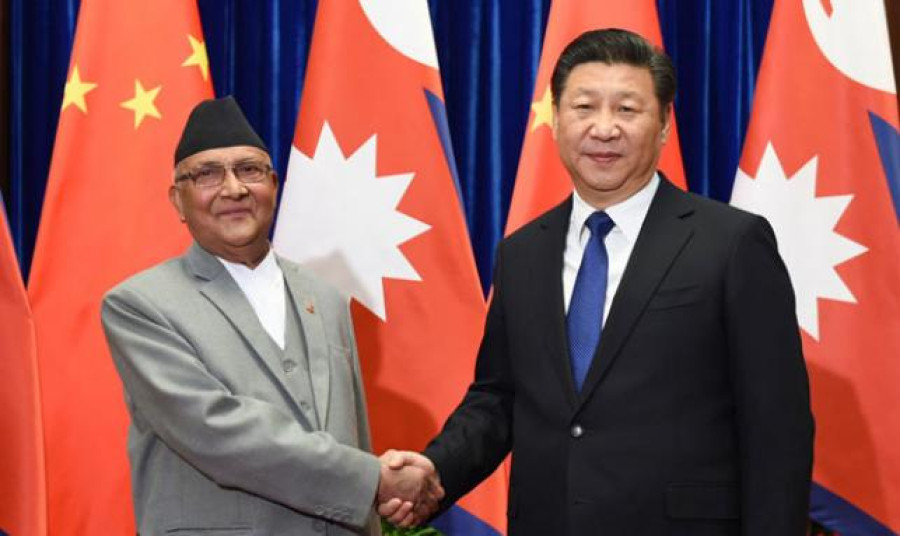 Amid Pandemic situation in the country, Nepal Communist Party (NCP) which is the ruling political party in Nepal has issued New Political Maps of Nepal which included areas like Lipulekh, Kalapani, Limpiyadhura making up around 335km of areas has it’s own even though it simply can’t produce original old maps which it relies on to make a claim over this areas nor the British era Sugauli treaty. what has come more shocking to Indian analysts is that the claim of the area keeps expanding every few decades and from 35km disputed area called Kalapani territory it has now reached over 335 km in the latest map.

British claimed the Kalapani territory in 1865 which meant that the agreement of Sugauli did not apply to the region and Kalapani territory continued to be shown as part of India from 1947 when India acquired independence from British rule and became a republic and small police station was also established in the area in 1956 and later army post after the war of 1962. Nepal too continued to show this area outside of Nepal and irony is that Old Political map of Nepal never had this area under its Maps before until now.

Kalapani region near the Lipulekh pass a small area where the Indian Army has a post since 1962 war was the only disputed area but since Nepal Army was incapable of securing it against the Chinese Army who was very much interested in the area, Indian Army was stationed there to monitor the area and over the years Nepal and India tried to get this area settled under talks but Nepal kept on making claims over areas which it never was its to be from the very start.

Nepal Communist Party (NCP) taking over Nepal has come as a boon for the local communist parties to poke India and make way for Chinese inroads in the county due to which K.P. Oli’s popularity was on the decline until now, but the land row with India has come at the right time for him where is own communist party workers protested on the roads and demanded India give back its areas driving up public sentiments against India while India had agreed to meet and discuss border issue with Nepal but Oli ramped up this rhetoric in the border row and realized new Nepal Maps which originally were not in the older maps to show that he has hardened his stance and set the tone for future talks by saying “this is Nepal ways or Highway for India “.

General Manoj Mukund Naravane’s statement confirms that Masters behind this drama by Oli and his Communist party have been China which has not been able to make inroads in minds of common Nepali people who still relate to India culturally and mentally more than Chinese. Oli is playing a dangerous game for the future of Nepal by distancing the country from India, it will be no more neutral between two giants and will allow Chinese investment in the country which is known the world over to grab key assets in the country where they invest.

Nepal’s civil war by Maoist-led People’s Liberation Army (PLA) and the rise of Nepal Communist Party (NCP) in power has ensured that India is shown as Bad and China has a friend But people of Nepal should not forget what China’s supreme leader Mao Zedong had said about Nepal in past, ” Mao described Tibet right palm and Ladakh, Sikkim, Bhutan, Nepal, and Arunachal Pradesh its five fingers ” and Chinese continue to ascertain its rights over Ladakh, Sikkim, and Arunachal Pradesh and has been eyeing many areas in the kingdom of Bhutan which is under India protection.

Nepal land-locked country sandwiched between India and China and China only country which has made claims on entire Nepal in the past shows that Nepal is not only slipping away from being an independent county but all set to become Chinese slave state just like Pakistan and many other African countries which won’t be able to take on china once it’s indebted to them financially.

India has been left with no maneuverability by Nepal, India will not give anything which Nepal claims nor it will be interested in settling border disputes on Nepal Terms, New Nepal Maps might come as a boost for Oli popularity in the country but also shows that Nepal is moving to China camp and there is no returning for them for India to work harder on them. All India has to do next is seal the border with more troops and sit quiet, let Nepal make all the noise it simply doesn’t have any case to make even at International forums.