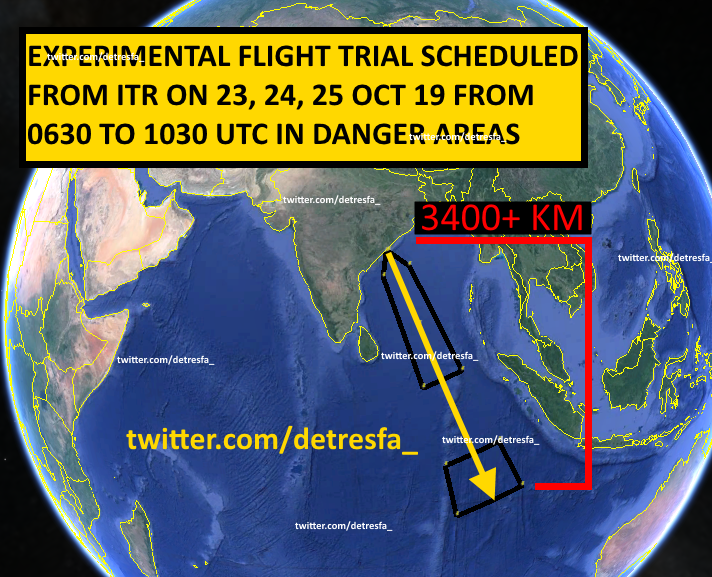 A notice to airmen (NOTAM) has been issued by India on its east coast for the period from 23 to 25th of this month for an “Experimental flight trial” of a long-range submarine-launched ballistic missile in the region.

Speculation is ripe that K-4 SLBM is likely to be tested onboard India’s first nuclear-powered ballistic missile submarine INS Arihant (SSBN 80) after previous K-4 SLBM trials in 2017 reportedly was not able to get desired results. K-4 SLBM has been successfully test-fired numerous times from underwater launch pontoon in the past and also saw successful first trial in 2016 with dummy payload but in the second trial from the INS Arihant in 2017 there were some issues with the electronics of the missile system.

According to Twitter handle @detresfa who specializes in Open-source intelligence (OSINT) data collection in his tweet has said that NOTAM issued is for the flight path of around 3400 km which is the same range as of K-4 SLBM.