India China Faceoff – Anything Can Happen in Next 29 Days 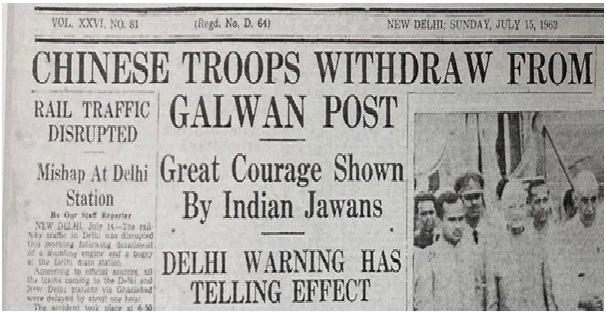 Today is 7th July 2020 and we are just 29 days away from 1st anniversary of Article 370 revocation and creation of Union Territory of Jammu Kashmir and Union Territory of Ladakh, on 5th August 2020. The current standoff that has been going on since May 2020 reached a tipping point last month when Indian and Chinese troops clashed in Galwan Valley or Patrolling Point 14. What happened next is known to all that India lost 20 brave soldiers but managed to kill more than 40 Chinese soldiers.

Due to obvious reasons it was important for both India and China to initiate de-escalation to stop any more bloodshed and disengagement to stop eye to eye confrontation through mirror deployment. After several rounds of failed military level talks a video call between Indian NSA Ajit Doval and Chinese Foreign Minister reports say Chinese troop have retreated 1.5 kms from their current position in Galwan valley that meant India too stepped back 1.5 kms from their own position they are holding now as part of CBM or Confidence Building Measure.

Though some reports say India has agreed to not patrol any part of Galwan Valley next 2 months also. China has similarly stepped back from Hot Springs area, but has refused to step back from Finger 4/ Spur4on Pangon Tso Lake and a large swath of land in Depsang Valley. While further talks are needed to resolve the 2 disputes China can’t be trusted to keep its part of promise/comment.

It was a big intelligence failure by NTRO, NSA, RAW and other external intelligence support agencies that they couldn’t detect this massive Chinese movement across the border beforehand. Though after the Chinese encroached land resulting clash, a visit by PM Narendra Modi few days back where he said in uncertain terms no aggression will be tolerated at Lehwas needed, He however had made a big mistake by saying on TV that ‘nobody entered any part of territory of India’ earlier. It was a mistake that could have cost India dearly which is why the statement was later removed from official records and communications even youtube.

What needs to be done is to keep permanent eye on China to check its movement, even as it stepped back in 2 areas, because China can’t be trusted. Reason being simple, in 1962 also China had stepped back from this Galwan Valley after warning was issued, by Pandit Jawaharlal Nehru. But China returned to Galwan Valley 97 days later, inflicting heavy casualties on Indian troops resulting in death of several Indian soldiers.This resulted in the month long India China 1962 war where unfortunately India lost over 38000 sq.kms of territory in Aksai Chin area. What had happened on that fateful day can be read here in below link:-

it is for this reason India needs to be worried about China, until and unless pre-April 2020 status quo ante is achieved. As the 1st anniversary of revocation of Article 370 and creation of Ladakh union territory approaches on5th August 2020. India needs to very carefully watch every Chinese moves. India can’t lower its guard and has to continuously boost its defence on LAC, not repeating mistakes of 1962.