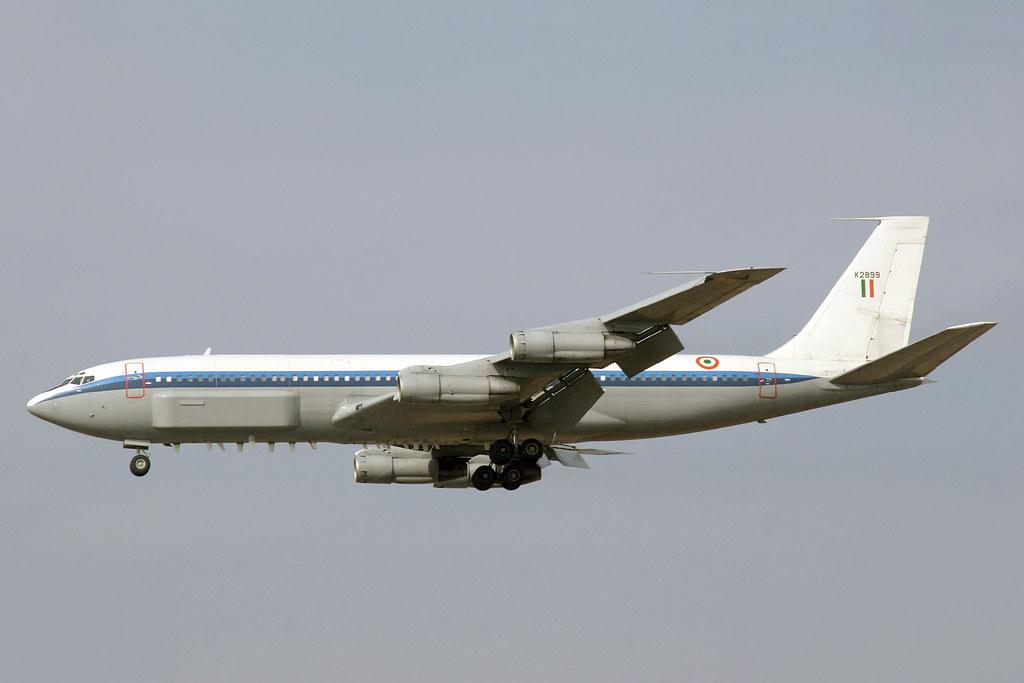 Boeing 707-337C SIGINT platform used by Aviation Research Centre (ARC) the airborne wing of R&AW and flown and maintained by the Indian Air force (IAF) was found flying over Pakistani airspace on popular real-time and world’s most popular flight tracker application called ” Flightradar24 ” most likely due to a technical glitch.

Flightpath of IAF’s Boeing 707-337C SIGINT over Pakistani air space was posted and flagged on Twitter by some in the Indian OSNIT community members which use the Flightradar24 app for regular monitoring of the flights of AWACS, Transport, VVIP and SIGINT platform used by IAF and Pakistan Air force on both sides of the border. 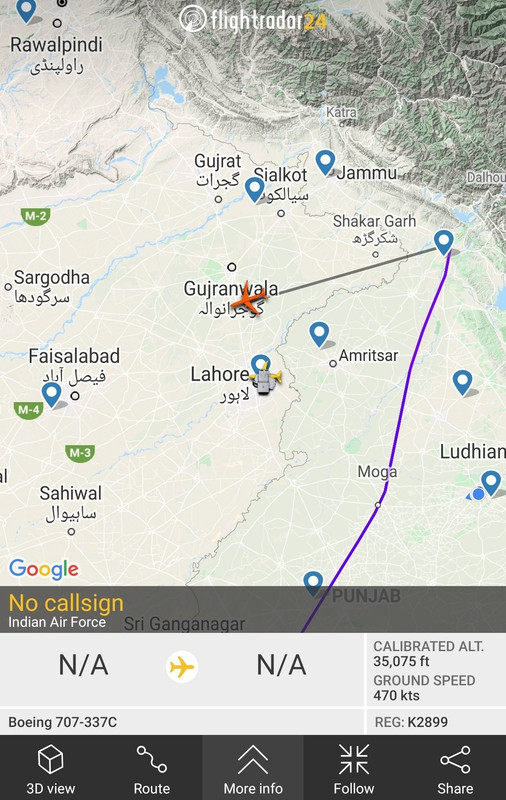 Flightradar24 gives a real-time update of the flight plan of each aircraft which has kept their transponder on. Developed to track commercial airlines so has to calculate their arrival and departure timing to make it convenient for passengers, It is also used for tracking Military aircraft worldwide by OSNIT community.

Flightradar24 can’t track the movement of fighter jets or of aircraft which have kept their transponder signal off. Another OSNIT who is known as d-atis also confirmed the presence of Netra AWACS, Boeing 707-337C SIGINT, and Gulfstream III electronic intelligence-gathering aircraft (ELINT) at the same time as seen in the above screenshot.