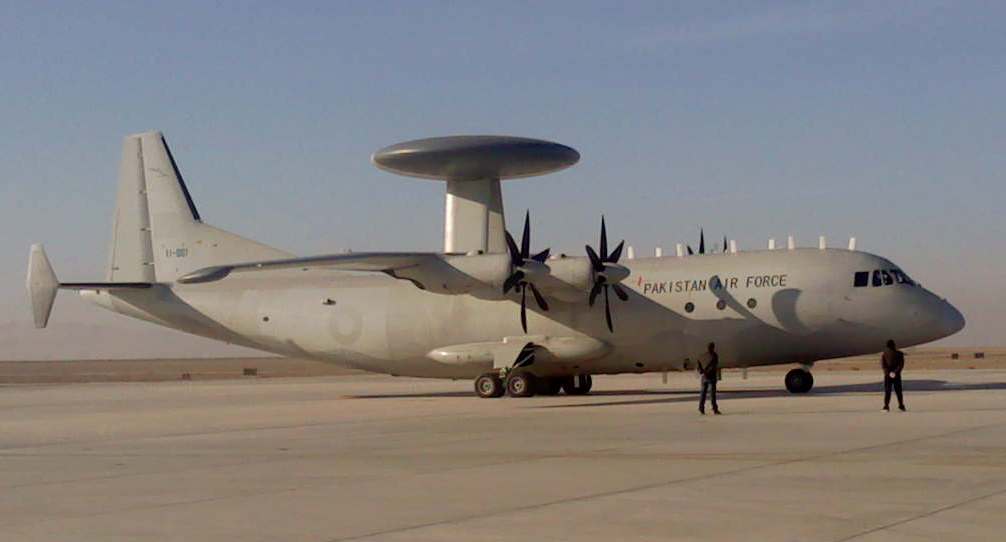 PAF also operates four Chinese made Shaanxi ZDK-03 Karakoram Eagle Airborne Early Warning and Control System (AEW&C) which makes total strength of its AWACS Aircraft fleet to 10, which is much bigger than AWACS fleet of aircraft operated by IAF which stands at only four. IAF operates 3 Beriev A-50EI Phalcon AWACS along with One DRDO developed Netra AEW&CS.

IAF will be adding one more NETRA AEW&CS to its fleet soon but it is unclear if the third NETRA AEW&CS which will be used as a Testbed for bigger AWACS India program will ever join the fleet, since DRDO has been indicating that the third aircraft will be kept by DRDO for further testing or will be sold to friendly country in near future. IAF plans to procure two more Beriev A-50EI Phalcon AWACS from Russia and Israel has been stuck at the price negotiation stage.

Under ” AWACS India”, IAF plans to procure Six DRDO designed Airborne Early Warning & Control (AEW&C) Radar system mounted on A330 platform but the deal is yet to be concluded and with further delays expected, IAF AWACS fleet of aircraft is unlikely to grow at a much faster rate than expected in the region. IAF by 2025 plans to induct one NETRA AEW&CS along with Two Beriev A-50EI Phalcon AWACS which will still mean IAF will have combined AWACS fleet of only 7 aircraft when compared to 10 which will be in operational service of PAF.

IAF due to the larger size of its fighter fleet will require a minimum of 20 AWACS fleet of aircraft to fight a full-fledged two-front war with China and Pakistan, but the slow pace of decision making in Government of India and also IAF’s obsession with early-warning radar systems mounted on heavy-lift aircraft over mini-AWACS like NETRA, makes its AWACS fleet highly vulnerable against combined fleet of 40 AWACS fleet which both China and Pakistan operate at present.