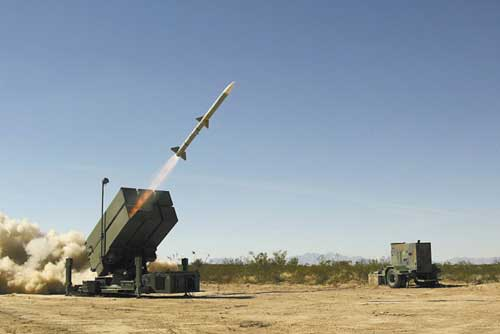 According to a report filed by livefistdefence.com, Indian Air Force (IAF) has officially informed Indian Government that it doesn’t want to induct American developed NASAMS II (a multi-layered missile defence system), which New Delhi has been negotiating with Washington $1 billion deal for NASAMS II which included Missile packages like AIM-120D and AIM-9X Air-to-Air missiles.

IAF rather preferred to procure local systems like VL-SRSAM (Vertically Launched -Short-range Surface Air to Missile ) System based on Astra beyond-visual-range air-to-air missile which is similar to NASAMS II which DRDO has started developing.

idrw.org has been informed that VL-SRSAM will be developed in two variants for Air Force and Indian Navy. The air force will get high mobility Truck-mounted canister based VL-SRSAM and Navy will get Canister based VL-SRSAM for its front-line warships which will replace aging Israeli supplied Barak-1 Point Defence interceptor missiles which were procured after India ended its Tri-service Trishul SRSAM program in 2006 due to technical issues.