How Pakistan is working on Indian Muslim rebellion to secure its Kashmir Dream? 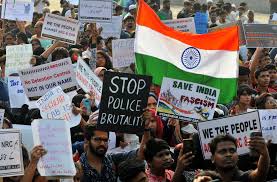 Again Shah Mahmood Qureshi who is Minister of Foreign Affairs for Pakistan has written a letter to Organisation of Islamic Cooperation (OIC) complaining of the hypothetical genocide which India has been committing against its Muslims citizen and Selected Prime Minister of Pakistan Imran Khan since last August has been Tweeting every week trying to bring the attention of the World against so-called fascist Modi who till now has committed biggest genocide in the history of humanity.

Sudden love for Indian Muslims particularly after Anir-CAA protests and Delhi riots shows that selected PM and the Pakistani military establishment is now focused on the Indian Muslims to achieve its Kashmiri Goal by building up Internal rebellion within India to district India internally and also for possible military or political intervention in the Kashmir.

By raking up India’s Internal matter at International forums, Pakistan is working to build a negative counter-image of India for two reasons. One to build a recruitment source for its Terror activities in Kashmir so that it can increase its terror activities in the valley after the withdrawal of US forces from Afghanistan to put pressure on the Indian forces but also build up financial supplies from the OIC countries for the Jihad in the Kashmir.

Part 2 of the Plan is to rebuild an organization within India for Internal Terror attacks just like it had managed to create when ” Indian Mujahideen” nearly 10 years ago with help from Indian Jihadis like Yasin Bhatkal which headed Indian operations and carried out multiple bomb blast in India and killed several. Anti-CAA protests would also be a recruitment ground for overground sleeper cells which might be used to support more terror activities in India.

Article by RAJESH AHUJA/,  cannot be republished Partially or Full without consent from Writer or idrw.org