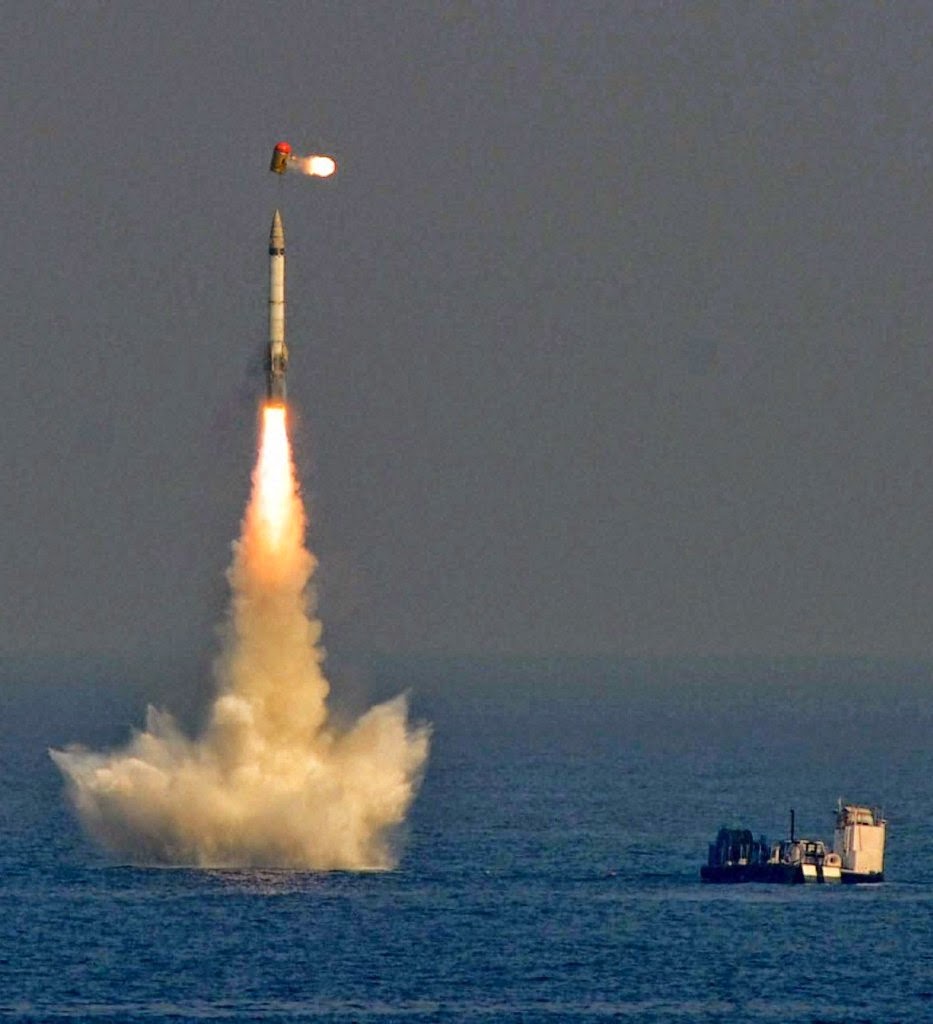 While India might be newcomer to the world of Ballistic missile submarines (SSBN) and submarine-launched ballistic missiles (SLBMs), yet it is not too far away from China’s People’s Liberation Army Navy (PLAN) when it comes to the Nuclear ships and missile it has under its disposal when it comes to direct comparison with regional arch-rival China.

PLAN has JL-2 (CH-SS-N-14) submarine-launched ballistic missiles (SLBMs) with a range of around 7500km is currently operational. JL-1 it’s predecessor with a range of 2500km which now has been decommissioned from the service due to technical difficulties and also due to lack of credible launch platform resulting in the development of JL-2 SLBMs which are equipped on 6 Type-094 (Jin-class) nuclear-powered ballistic-missile submarines (SSBNs).

K-5 SLBM marks a significant jump in range and technologies for India and has been declared as the fastest missile in its class with the ability to dodge the Anti-Ballistic missile system. K-5 with lighter payload is likely to breach 7500-8000km mark and will be comparable to Chinese JL-2 SLBM. K-5 SLBM will be deployed onboard S-4 and S4* (STAR) Stretched Variants of Arihant class submarines which will have 1000-tonne more displacement.

S-4 is likely to be ready for sea trials from 2022 onwards and when commisioned with K-5 SLBMs, will allow India to hide its submarines further away from its coastline and will also possess missiles which can hit mainland China whenever required while maintaining and operating under the safe region of the oceans.

Planned S-5 SSBN Class can be described as the Second generation of the Indian Ballistic missile submarines (SSBN) with over 13500 tonnes of displacement are to be developed after it marks completion of S-4 and S4* (STAR) Submarines by India. By then China’s Type-094 (Jin-class) which is a submarine in class with 11000-tonne displacement will be superseded by Type-096 SSBNs with a displacement of close to 16000 tonnes and will also see the deployment of JL-3 SLBMs with a range of 11000km.

DRDO already has been given go head to develop K-6 SLBM with a reported range of 6000km and with MIRV Capabilities which will serve onboard S-4 and S4* (STAR) and later on S-5 SSBN fleet. India’s S-5 Class of SSBNs will be vastly superior to China’s Type-094 (Jin-class) when deployed but with lower displacement than Type-096 SSBNs which will be already by then.

While India has a habit of under-reporting its missile range but with K-5 SLBM next year, India will be on its way to par with China in terms of SLBM capabilities and with K-6 will be able to match its undersea missile capabilities with China. With Type-094 (Jin-class) SSBNs, China has taken the lead but with the arrival of S-4 and S4* (STAR) Submarines along with INS Arihant and INS Arighat in Indian Navy fleet, India will establish credible Nuclear-Triad against regional rivals which later will be reinforced by next generation of S-5 SSBN Class of submarines.