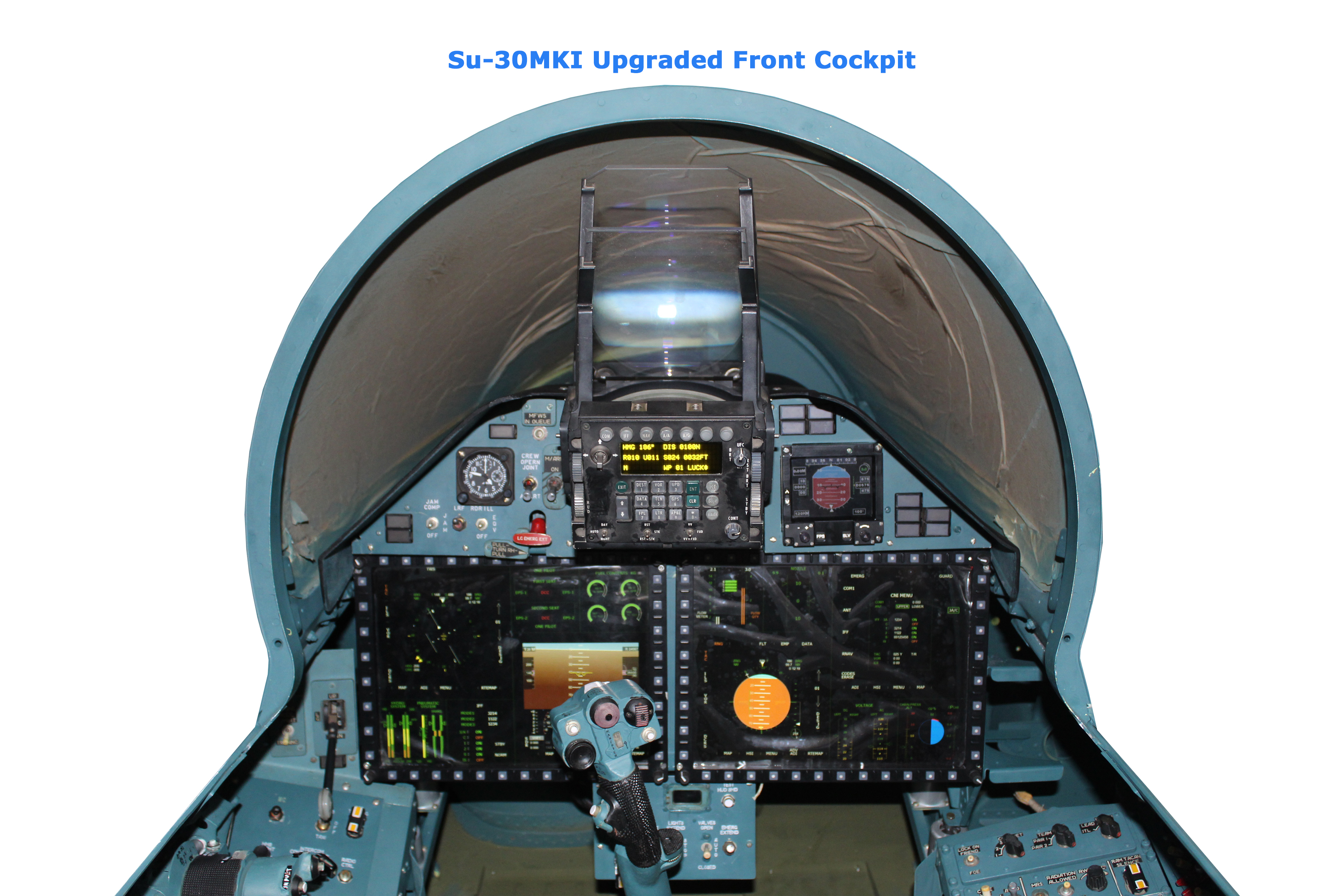 New upgraded Su-30MKI Cockpit now features, Two 230mmx305mm high-resolution LCDs with a multifunction control panel with a wide 20°x30° field of view head-up display which brings it at par with the Cockpit of the Sukhoi Su-35 which it will technologically supersede after implementation of the Super-Sukhoi program across the IAF Su-30MKI fleet. 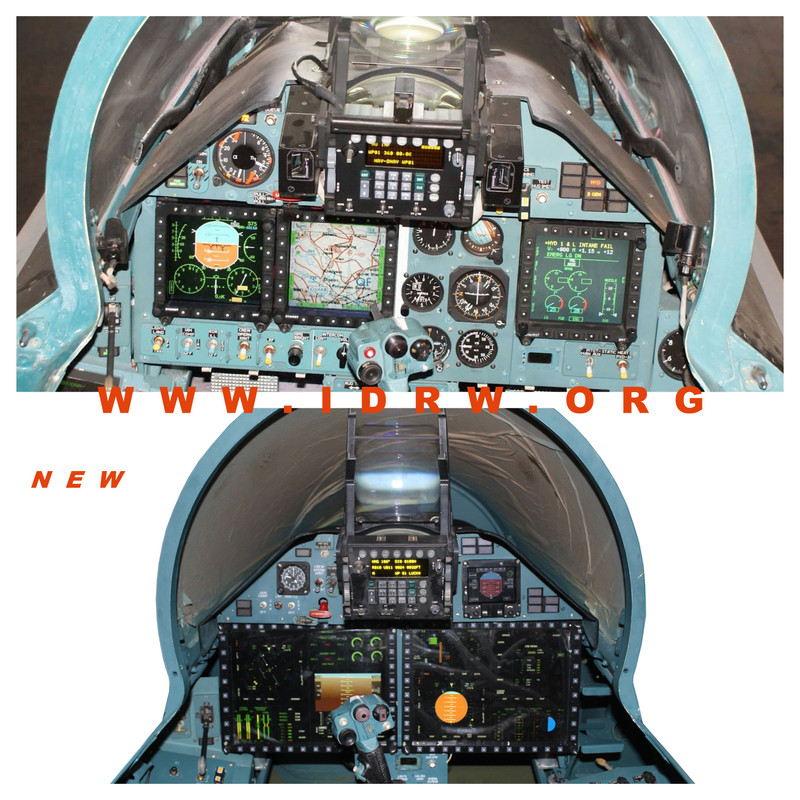 Two Multi-function display can divide the display into several parts and output them all the necessary information about the flight mission, navigation, weapons and technical condition of the aircraft. According to HAL official close to idrw.org, Multi-Function Displays (MFDs) has been developed by the Samtel-HAL joint venture under its brand Samtel HAL Display Systems (SHDS), which previously supplied MFDs to the whole Su-30MKI fleet.