Ghulam Rasool Galwan – Man after Whom River and Valley are Named 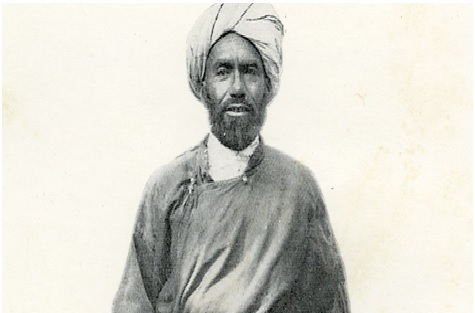 Ghulam Rasool Galwan, a Ladakhi explorer from Leh, was the first to explore the course of the river. In 1892.He was part of a British expedition team that was exploring the areas to the north of the Chang Chenmo valley, when they ran into this previously unknown river valley, which was later named after him. This is one of the rare instances where a major geographical feature is named after a native explorer.

As it happened that on a mission with Dunmore Murray, 7th Earl of Dunmore, he was part of a group that hit a wall of tall mountains and steep gorges with no possible way out. The 14-year-old boy, Ghulam Rasool Galwan instead went ahead to search for a possible route out. To everyone’s surprise, he found a relatively easier passage through the ravines that helped the expedition to go ahead without much difficulty. Impressed, Dunmore Murray decided to name the newfound passage through the edge of water naming it as Galwan nullah or river.

Named after Ghulam Rasool Galwan, the 80 kilometers-long Galwan river, which flows through the Galwan valley, in the eastern part of Ladakh is the flashpoint of a five-week border row which has turned into a violent confrontation, the first in last 45 years. The river originates from the Aksai Chin region, joins the Shyok River inside Indian territory west of LAC to form an upstream tributary of Indus River. On Monday the night of 15th June, 2020 a violent escalation took place between the Indian Army and China’s People’s Liberation Army Border Defense Regiment (PLA-BDR) that resulted in death of 20 Indian Army personnel in the Galwan Valley.

Ghulam Rasool Galwan, either led or was part of numerous expeditions into Tibet, Yarkand in Xinjiang, the Karakoram range, the Pamirs and other Central Asian regions — mostly through inhospitable geographies with altitudes ranging from 5,000 m to 7,000 m above sea level where temperatures plunged to -30 degree Celsius in winter.

According to the book Forsaking Paradise: Stories from Ladakh, Ghulam Rasool Galwan assisted Francis Younghusband to scout the regionas a guide when he came to Leh in 1895.At that time when British-ruled India was worried about Russian expansion towards Tibet.He wrote a book, an autobiography titled ‘Servant of Sahibs: A Book To Be Read Aloud’,published in 1923 by Cambridgebased W Heffer & Sons Ltd, where he is said to have written about his life of journeying and adventures The foreword of this book is written by Francis Younghusband, a British explorer and leading figure in The Great Game between the British and Russia. In this book, he offers a glimpse into his early childhood of growing up in such a strategically important and sensitive region.

Galwan was forced to go on risky, long-distance expeditions when he was just 12, to supplement the meagre and inconsistent income of his family. Born in Leh, in 1878, he left home at the age of just 14 in search of work. He had a passion for finding new places and this passion made him a favourite guide of the British. Starting out as a porter and pony man, he assisted expeditions led by British, Italian, and American explorers for almost 35 years, eventually becoming ‘aksakal’ or chief assistant of British joint commissioner of Leh in 1917.

Ghulam Rasool Galwan, was not very well educated but was a keen learner and learned to speak many languages from Francis Young husband including Chinese, and English. Besides native Ladakhi, he also spoke Turki, Urdu, Kashmiri, and Tibetan. In 1899, he started trekking from Leh and reached many new areas around Ladakh. 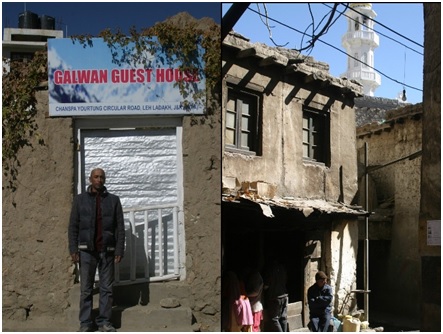 Ghulam Rasool Galwan’s belonged to the Galawan tribe, which means horse-keeper in Kashmiri language. It is believed that Ghulam Rasool Galwan’s maternal grandfather was a robber named Kara Galwan, which in Kashmiri language means Karra  (black) and Galwan (robber) or black robber. Karra was the keeper of his clan, he only looted the houses of the rich and distributed the money among the poor. After some time,the Dogra king’s soldiers captured and be headed him. After this people of Galvan clan moved to Leh and Baltistan. Many Galavanis settled in Yarkand in Xinjiang province.Ghulam Rasool Galwan wrote a story about this as narrated by his mother in his book.He died aged 47, in 1925. The Chamspa Yortung Circular Road of Old Leh is home to Ghulam Rasool’s family. There is a ‘Galvan Guest House’ named after him. Currently, some members of his fourth-generation family live here.