US aerospace giant Lockheed Martin India head Vivek Lall recently said in a interview that if his company wins orders for its F-21 from India then F-21 fighter jet will not be sold to any other country if India places an order for 114 planes. lall also added that if Lockheed wins the contract, it will not only set up a state-of-the-art F-21 manufacturing facility along with the Tata Group but will also help India create an ecosystem for overall growth of the country’s defense manufacturing.

While Lall was asked how F-21 is similar to Lockheed’s F 16 Block 70 combat jet, he said such a view is unfair as there have been significant differences between the two platforms. An example given by Lall was that F-21 will have 12,000 hours of service life airframe compared to 8000 hours previously seen in F-16 Block 70 which is an absolute gimmick because U.S. Air Force had commissioned structural work studies known as service life extension program (SLEP) which will encompass lengthening the lifespan of up to 300 F-16C/D Block 40-52 aircraft from 8,000 to 12,000 flight hours and is not F-21 Exclusive at all, in fact, will be carried out even on older F-16s so has to keep the fighter jets flying past 2048.

Lall also said another additional feature will have an extendable hose-and-drogue refueling probe which he claimed was F-21 exclusive, but that’s not true either. F-16 variants usually have traditional boom-delivered refueling system but IAF operates Russian IL-78 tankers which refuels using the hose-and-drogue method, which is designed with a trailing hose with a receiver basket at its end, which connects to an external refueling probe on the receiver. 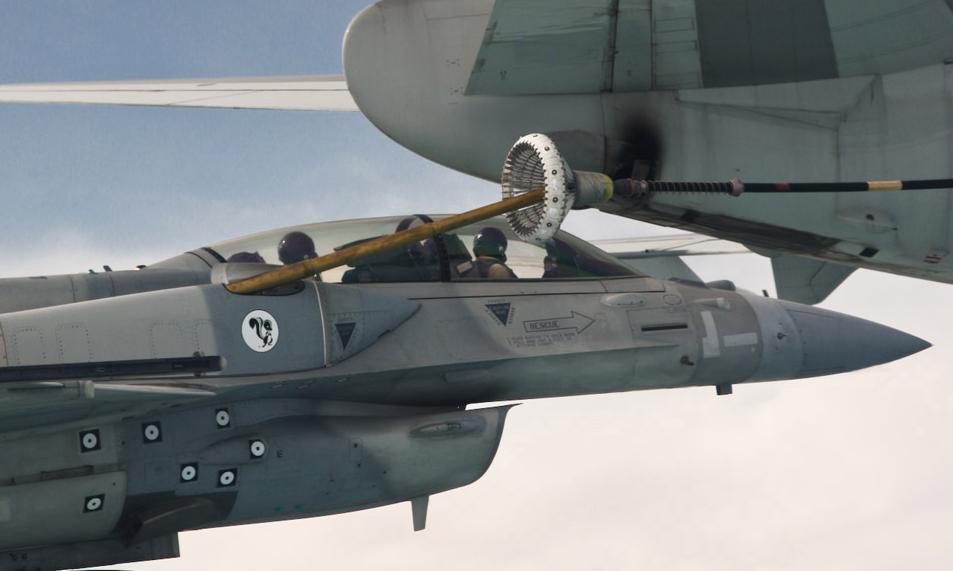 Due to these limitations, F-16 exported the world over in the last 40 years can only be refueled in the air by the handful of air forces that fly boom-equipped tankers and even arch-rival Pakistani F-16 fleet cannot be refueled in mid-air since even PAF does not possess an in-flight refueling tanker that could support them. The only reason why Conformal Air Refueling Tanker/System (CARTS) design was never sold to Pakistan and never will be was due to the involvement of India’s HAL which was the responsible for tank design and probe integration and still holds resale rights of the CARTS.

Setting aside all the marketing gimmicks , F-21 is just a rebadged F-16V Block 70/72 which already has been sold the world over to its existing customers and Lockheed Martin already has fresh new orders from Taiwan (66), Morocco (25) and Slovak Republic (12) for F-16V Block 70/72 and is in the process of upgrading older F-16 variants to latest Dash V configuration in next few years from other operators . Only Exclusive thing, India will get is an F-21 badge printed on the jets manufactured in India, while world over the same product will be sold as F-16V.