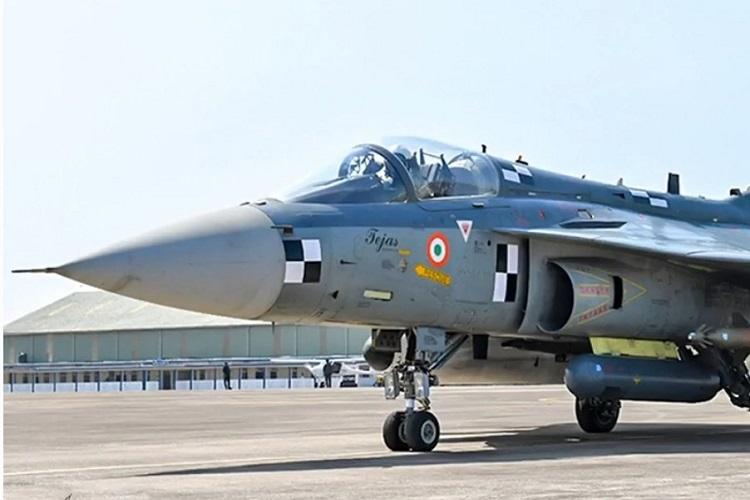 A Smart fighter is one that has a minimal logistical footprint and is designed for faster maintenance and quick turnaround without the need for a large number of technicians on the ground to conduct checks and gets the aircraft back in the air as fast as possible with desire to achieve some of the same objectives, Trials of LCA (Light Combat Aircraft) Tejas LSP-8 were conducted in the Pokhran field firing range recently.

Due to shoddy reporting, it was reported in the media that aircraft tested by HAL was LCA Tejas Mark-II but reliable industrial sources close to idrw.org have confirmed that aircraft tested by HAL was an older LCA-Tejas Mk1 aircraft reserved for developmental trials with improved quick hatches and other changes which will improve to perform routine maintenance much easier for the upcoming Upgraded Tejas Mk1A variant which is in development.

IAF and HAL are close to finalizing on a deal for 83 Upgraded Tejas Mk1A variant but HAL has gone ahead and has started working on some of the areas of improvements requested by IAF on older LCA-Tejas aircraft so that when Tejas Mk1A is ready for first flight in 2022, it comes equipped with all the changes requested by IAF.

One of the improvement areas in Upgraded Tejas Mk1A variant requested by IAF was a faster turnaround of each aircraft after each sortie. HAL has reworked internals of the Tejas Mk1A and necessary maintenance steps will be easier to perform with basic tools in between sorties said reliable industrial sources close to idrw.org.

Further improvements to be seen on the Upgraded Tejas Mk1A variant will be replacing complex avionic equipment such as the radar and other avionics in a short duration. GE Aviation and HAL have tested the GE404IN engine onboard Test aircraft in Phokran with easy access to the engine bay and further refinement in engine performance for hot humid temperatures of India.

LCA-Tejas already has demonstrated its ability to be re-armed with fresh weapons, including refueling even when the engine is on after coming back from a sortie for a faster air to air turnaround so that air time is maximized, and downtime is kept to a minimum, especially when the country is maintaining high readiness due to high level of threats or when high sorties are required in ongoing combat operations .

LCA will be the first to fly with this unique capability of hot refueling where refueling of the aircraft is done with the engine in operation thereby cutting down refueling time by half and turn-around time significantly. hot refueling is a major requirement of LCA Air Force Mk.1A which already has been demonstrated and HAL also plans to demonstrate Engine swap for faster turnaround in the foreseen future.