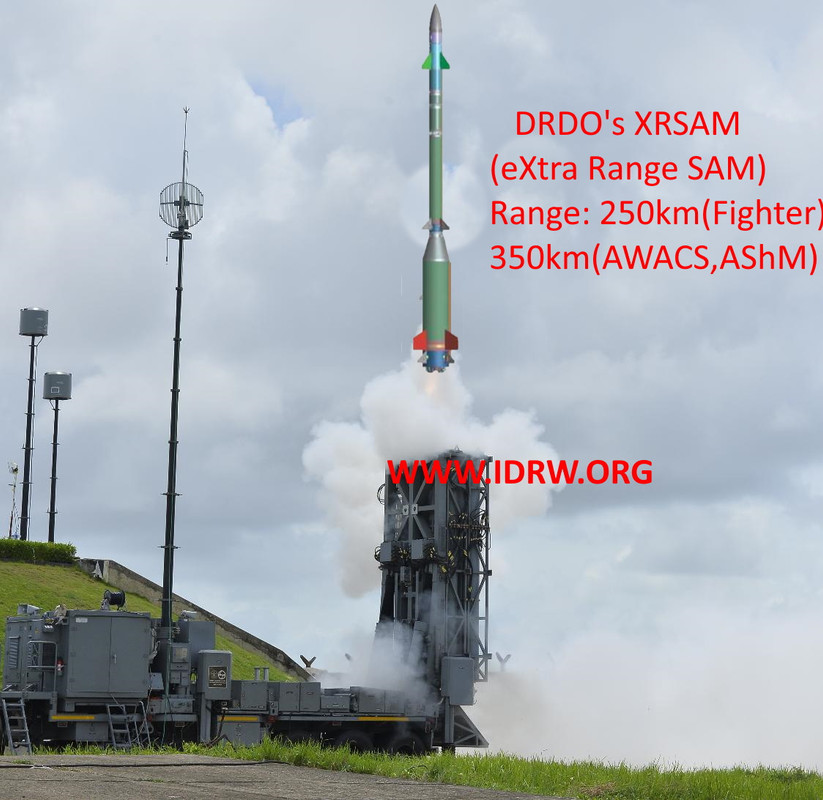 XRSAM SHOWCASED IS FROM DRDO BUT MISSILE LAUNCHER IS ARTIST IMPRESSION

DRDO for the first time has revealed details of the upcoming Air Missile Defence System which will be developed by Hyderabad-based Defence Research and Development Laboratory (DRDL) which is entrusted to develop a multi-disciplinary Missile System for India’s armed forces. DRDO website now has a section on the XRSAM program where it shared some interesting details along with the first graphics of the upcoming missile system.

DRDO has revealed that XRSAM Air Missile Weapon system will have a range of 350km against targets like Bombers, AWACS and Mid-Air refuellers which usually operate from the depth of its own air space and it will be able to take down fighter size targets at a 250km range which is quite similar to the 48N6E3 Surface to Air Missile system which India will be getting with Russian S-400 advanced air defense systems.

India already has ordered Russian S-400 advanced air defense systems which will comprise 40N6E (400km) and 48N6E3 (250km) Surface to Air Missile system. XRSAM Air Missile Weapon system will supplement and will be slotted in between both S-400 and MR-SAM (70km) in the Indian Air Force. The naval version of the XRSAM for the Indian warships could also be developed to supplement the LR-SAM Anti-Air missile system integrated into major frontline warships.