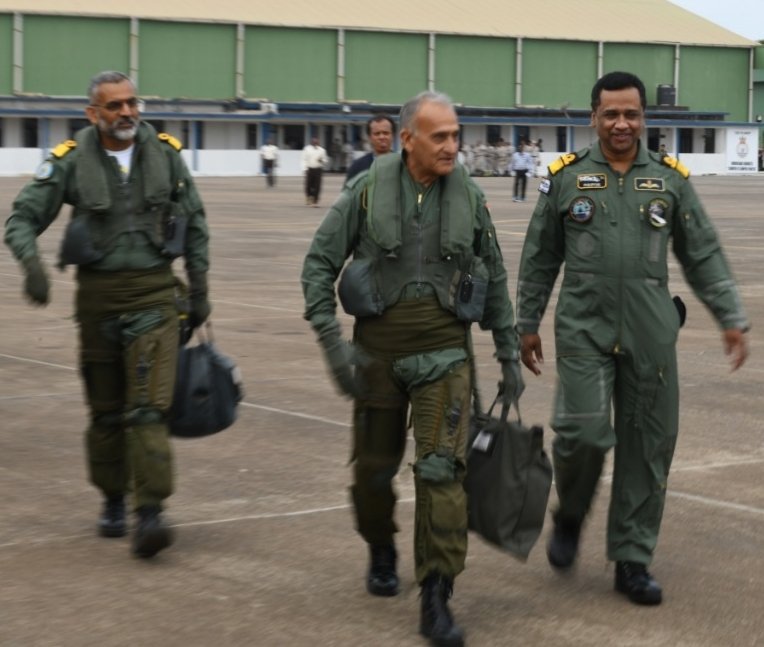 Admiral Arun Prakash (Retd) took to Twitter to share images of his recent flight sortie with Navy test pilot Cmde Maolankar on LCA-Navy Trainer. aircraft which has been going final phase of trials from land-based facilities before it commences flight trails from onboard INS Vikramaditya and gave a huge thumbs up to the program and fully endorsed the program.

Admiral Arun Prakash called Agile LCA as a naval aircraft which matches the best of gen-4 fighter aircraft and called it a superb example of skills in design, flight testing & ‘Make-in-India’. he also called upon the new government to back the development of LCA 100% & bring back focus on a/c & engine design & production so that We can match China. 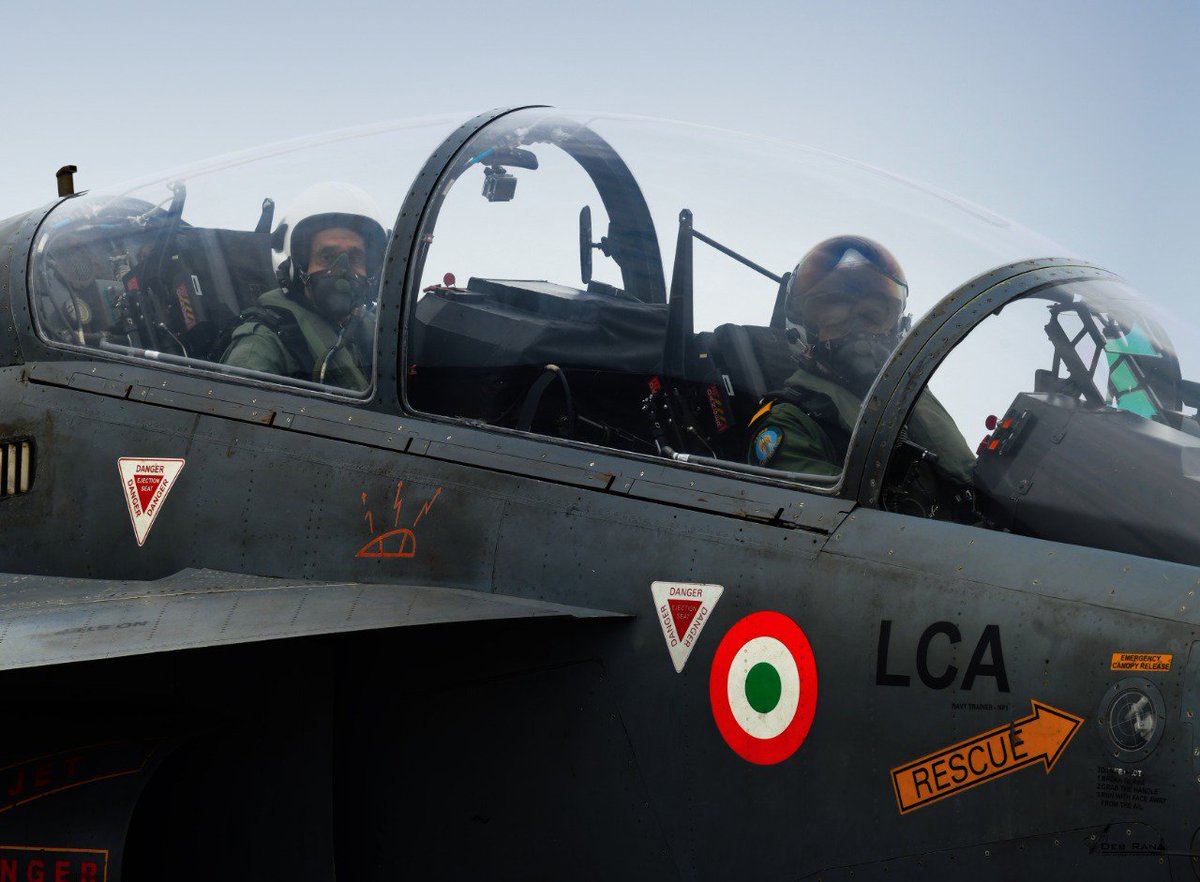 In recent times, Admiral Arun Prakash has advocated the revival of engine development in the country and continues to push towards total independence when it comes to the aerospace sector in India from foreign imports. ADA earlier this year for the first time displayed model of Naval Mk2 aircraft which will go into production after Technology Demonstrator LCA-Navy NP1 and NP-2 completes carrier trials by end of this year.

Based on the feedback’s of the Technology Demonstrator of the LCA-Navy program, Naval Mk2 will address many shortfalls and considerable design improvements which will make it India’s first clean sheet aircraft carrier-based fighter aircraft to be developed locally in India. Naval Mk2 is quite different than the airforce variant of the MCF-AF which was also showcased earlier in Aero India 2019.