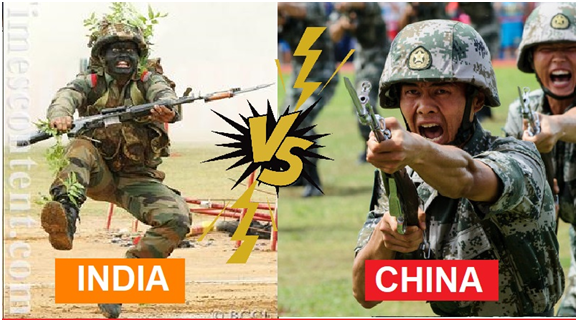 It was 15th July 1962 when PLA withdrew its troops from Galwan valley, then attacked India on 20th Oct 1962. The Narrative of Hindi-Chini Bhai-Bhai was punctured after Sino-India war 1962. But some communist in india wanted to maintain this narrative to stab India again. Chinese attacked again in 1967 at Nathu La & got a bloody nose with 400 Casualties. After Nathula Clash, Sino-Vietnamese war in 1979 was the testimony of Chinese military’s weakness on battlefield. PLA soldiers were trapped in Jungle warfare tactics perpetrated by Vietnamese army which led to death of 30-40,000 soldiers & their face to the world.

China’s humiliating defeat was a success story of Vietnamese Mountain as well as Guerrilla Warfare. With such Debacle, PLA was forced to retreat & packed their luggage back to China. But the Galwan valley conflict on 15th July & Chinese retreat from PP14, PP15, Hot Spring doesn’t go in vain of many Indians. The war in 1962 was a lesson taught to us by Chinese that they could stab u back at any time of their chosen. So, we shouldn’t get excited that Chinese got downgraded. Bullying is psychological attitude of Chinese Scoundrels. Our Media should act & report sensibly. No need to exaggerate this.

Chinese Strategist Sun Tzu narrated in his ACT OF WAR that before you launch a major attack on your hostile, you must confuse the hostile by withdrawing. Our Military top brass like CDS, Army chief, Air Chief & Intelligence Masters like NSA Doval, RA&W chief definitely have countermeasures to deal with Chinese strategies.

1. Withdraw from the front line & retreat to positions during peacetime.

The 1st option seems not feasible as Chinese bore substantial diplomatic & psychological losses after Doklam stand-off. So, they are not in mood to die down the matter.This left the 2nd option more reliable.

Chinese would definitely want to avoid a full scale war with India. So, short term conflict on Ladakh is inevitable. The strategy follows Chinese launching offensive on Ladakh before winter to amputate India from Siachen & Galwan Valley so that there would be no Indian threat to Karakoram pass which is a key pass to CPEC corridor. In such scenario, PLAAF could send at least 300 Fighter jets to counter IAF in Ladakh frontier. They could open another front by launching 2nd strike force of 200-300 fighters on Arunachal sector. This could be a trick to deviate New Delhi from Northern Frontier & shift focus on Eastern theatre. The motive behind sending such huge contingent is to engulf Indian offensive as well as defensive capabilities. As there is no S-400 in Indian Territory, SEAD & DEAD missions must be the main objectives for such endeavours. In next, we can see 10-12 PLAN Submarines firing missiles on Indian warships & bases in BOB, Indian Ocean & Arabian Sea as Indian navy chokes Chinese supply lines through Hormuz Malacca Straits.

I am not going into Technical details of such strike plans. But Chinese would make it sure that Indians shouldn’t emphasis more on Ladakh & there eyes need to be distracted. Pakistan may not accompany China. It’s because of their past experiences in 1965 war. If Pakis joins China & attacks on Jammu & Kashmir, then India can exercise its options on Western theatre. Once Indian Western border gets hot, it might be catastrophic for Pakistan & they will bleed with crores of cuts for generations. This could cause a full scale war between India & Pakistan. But it seems impractical at this time.

Therefore, we should be ready for next 3-4 months to counter any Chinese misadventure as there is only one option left to end the tension on LAC & that is WAR.

I am not advocating for war but when the war is imposed on u, it’s your responsibility to defend yourself & defeat your enemies.