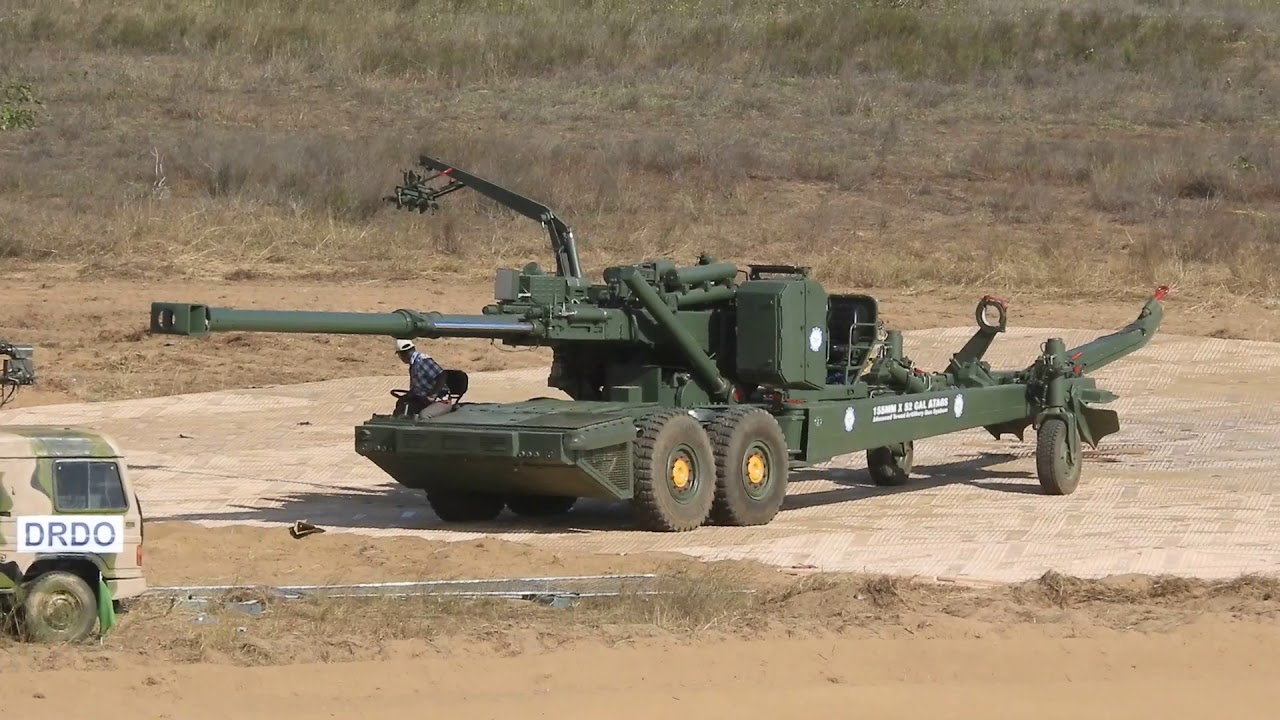 Artillery guns have been put in a Negative list of items banned from imports recently by the Ministry of Defence (MOD), which comes as a huge boost for the Indian Private defense industry where Army had the requirement for 1,580 towed guns and the majority of the systems might eventually be manufactured locally by major Private contractors like Bharat Forge and Tata Defence which has co-developed Advanced Towed Artillery Gun System (ATAGS) with India’s State-owned DRDO.

Negative List will impact Israel’s Elbit Systems which had won a tender to deliver its ATHOS (Autonomous Towed Howitzer Ordnance System) 2052 to the Indian Army, in a deal estimated at over $1 Billion for 400 guns to meet Indian Army’s 155 mm/52 caliber towed artillery gun requirement, which now might go solely to the ATAGS developed locally in India.

Ordnance Factory Board developed 155 mm, 52 calibre artillery Truck-mounted gun could be the first choice now which was also displayed at the Defencexpo and has cleared Internal firing trials but they are chances that Army might prefer ATAGS based Truck-mounted gun to cut production cost and to avoid induction of new type of Artillery Gun Systems.