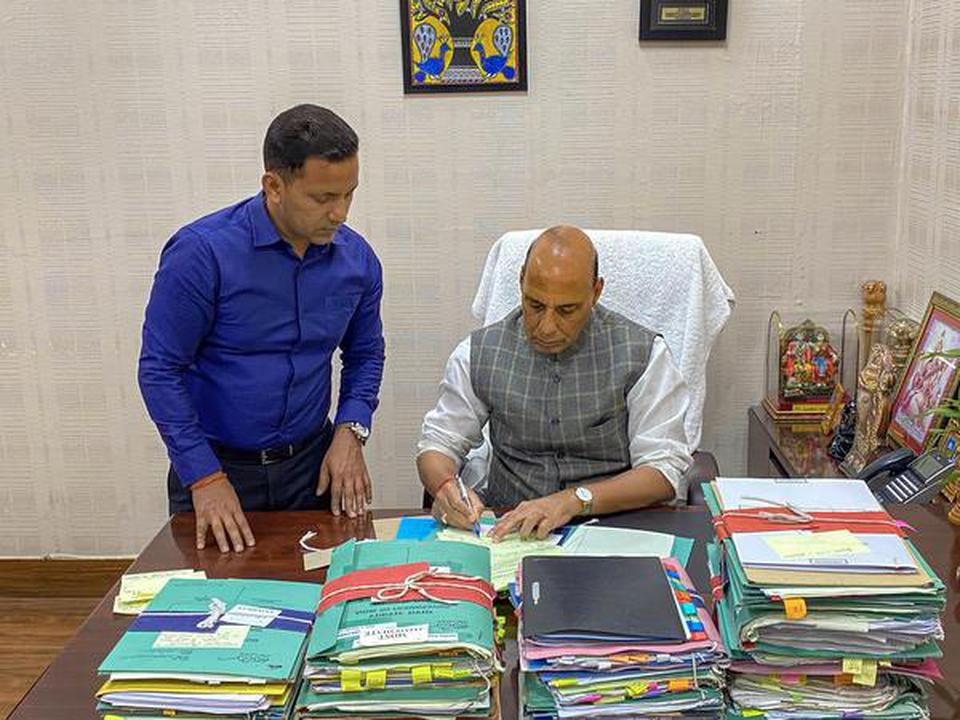 Army medical teams and two Indian Navy ships were on standby to provide required assistance to friendly countries in the neighbourhood, the Defence Ministry said on Thursday. The Defence Research and Development Organisation (DRDO) had manufactured and supplied masks and sanitizers to various organisations, including the Delhi Police, it noted.

Defence Minister Rajnath Singh held a review meeting with senior defence officials, including the three Service Chiefs and the Chief of the Defence Staff, on the action plan to deal with the COVID-19 situation.

The statement said that DRDO laboratories had manufactured 20,000 litres of sanitizer and supplied them to various organisations, including 10,000 litres to the Delhi Police. “DRDO has also supplied 10,000 masks to Delhi police personnel. It is tying up with some private companies to make personal protection equipment such as bodysuits and ventilators,” it said.

The Ordnance Factory Board (OFB) has also ramped up production of sanitizers, masks and bodysuits and Bharat Electronics Limited (BEL) was engaged in manufacturing ventilators.

The Ministry said that various quarantine facilities of the armed forces have, so far, handled 1,462 evacuees and discharged 389. Presently, 1,073 persons were being provided care at the facilities in Manesar, Hindon, Jaisalmer, Jodhpur and Mumbai.

Seperately, the Indian Air Force (IAF) said the Command Hospital Air Force Bangalore had been designated as its first laboratory to undertake COVID-19 testing. “IAF aircraft are continuing to fly in medical supplies and doctors to Leh and fly out blood samples for COVID testing to Chandigarh and Delhi,” it said in a statement.

The IAF had created nine quarantine facilities of 200-300 personnel capacity each across the country.