With India’s 5th Generation Stealth AMCA Program all set to go critical from next year with the official monetary sanction for the funding for the program, ADA has revealed further changes to the design aspects of the final AMCA design which is likely to be frozen soon and will now feature Diverterless Supersonic Inlet (DSI) which were not shown in the previous mock models displayed in various defense exhibition in the country . While idrw.org was first to show DSI equipped Computer-Aided Design (CAD) image of the AMCA with DSI inlet in its previous reports it was not confirmed if it will make it to the final AMCA design at that time.

Scaled Models displayed of the AMCA by ADA in last few months also featured 2D Ramped intake but switch to the 3D Diverterless Supersonic Inlet (DSI) has been under works for some time now and after design refinements and wind tunnel testing it has been cleared to be featured from the first Technology Demonstrator (TD)-1 onwards. AMCA will also have a serpentine air intake to further improve stealth and design elements of the aircraft after the addition of the Diverterless Supersonic Inlet (DSI) in the AMCA design it will have ability to drastically reduce the aircraft’s radar cross-section since research has shown that the traditional intakes are potentially large sources of radar return.

Another advantage of using Diverterless Supersonic Inlet (DSI) is that the DSI technology will reduce the amount of radar-absorbent materials needed for each aircraft especially on the frontal side of the aircraft where Radar cross-section needs to be at its best to reduce detection. DSI inlet also has the potential of delivering better engine performance at supersonic speeds, without added weight and mechanisms. 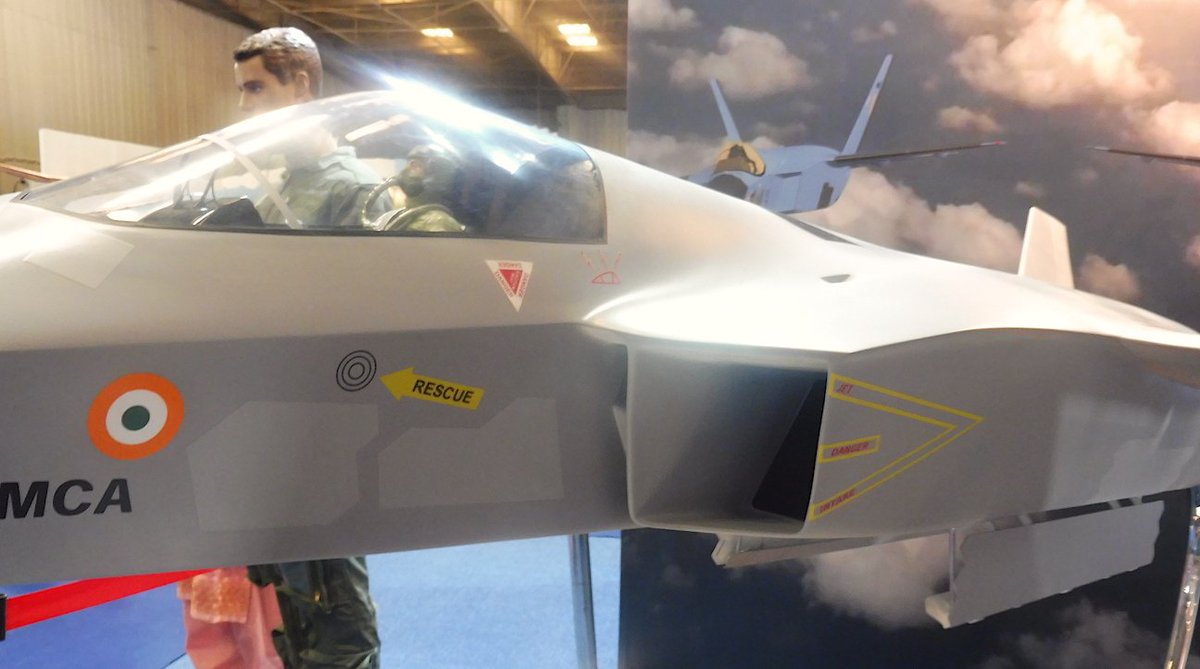 A reliable source close to idrw.org has now confirmed that since ADA has decided to move to Diverterless Supersonic Inlet (DSI) and from the 2D Ramped intake featured in the previous design then the aircraft will also need to feature additional design changes to incorporate DSI inlet. 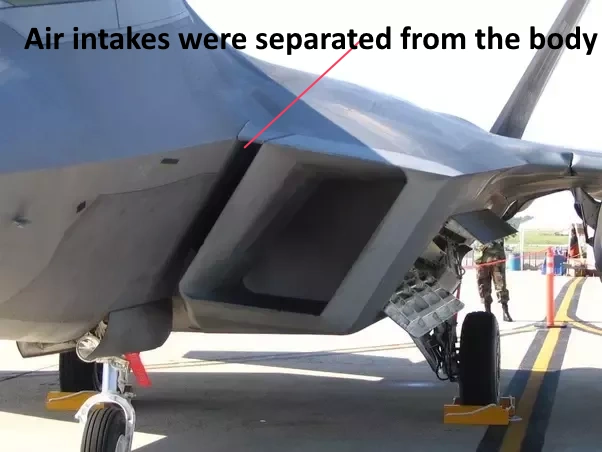 Another additional major design improvements which we may see soon in the final AMCA design will be the addition of the 3D thrust vectoring nozzle to the engines which ADA will design with Russian manufacturer. Plug and fit 3D thrust vectoring nozzle in development can be installed in any engine of foreign origin which ADA will procure for the AMCA program.