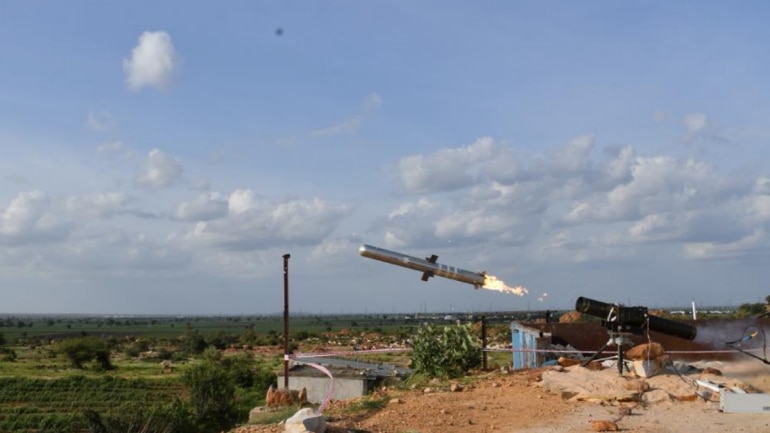 After India’s apparent U-Turn on a tender for 321 ATGM launchers and 8,356 missiles worth an estimated $500 million from the Rafael Advanced Defense Systems for the Spike LR anti-tank guided missile (ATGM) in 2018, Rafael Advanced Defense Systems in an apparent dig at India’s state-owned Defence Research and Development Organisation (DRDO) and its ongoing Man-Portable Antitank Guided Missile (MPATGM) program said that “With confidence in the Spike missile established, the Indian Army may need to revisit their plans on DRDO program”.

In 2018, a $500-million purchase of Spike LR missiles from Rafael was canceled by India to favor the indigenous MPATGM program developed by the DRDO but due to ongoing tension with Pakistan at the border, Indian Army was allowed to procure a limited quantity of Spike LR missiles, to meet the urgent operational requirement.

MPATGM for the first time was test-fired in full configuration in the ranges of Kurnool, Andhra Pradesh earlier this year but already on fast track mode, the ATGM will not be ready for production until 2022. Many Defence analysts are also worried about the Army’s never-ending saga of user trials which may lead to further slippage in the program if the Army insists on some improvements.

In the recent Army test, Israeli Spike LR anti-tank guided missile (ATGM) homed on to the target at a distance of 4km successfully but ATGM has been in controversy after it was revealed after its selection that at the evaluation stage missile was finding it hard to hit targets at its max range in desert heat conditions of Thar desert in peak summer months in India.

DRDO reportedly has demonstrated MPATGM at a max range of 2.5km and its 4km maximum range requested by the Indian Army is where things can get a little interesting and why Rafael Advanced Defense Systems took a dig at DRDO.

DRDO official in the past have claimed that the MPATGM is technologically equivalent to the American FGM-148 Javelin and Israeli Spike man-portable fire-and-forget anti-tank missile but might have a shorter range (2.5km) variant available first and later a longer range (4-4.5km) variant will be developed at a later stage, just how Israeli Spike ATGM family has Spike-MR (2.5km) and Spike-LR (4km) variant procured by Indian Army.

Indian Army has not clarified if it is ok with such an arrangement since the Indian Army already has in its possession over 25000 Russian developed second-gen 9M113 Konkurs-M ATGM with a similar range as offered by DRDO initially on the third-gen MPATGM. DRDO is yet to clarify if the MPATGM will come with a requested range of 4km or with 2.5km yet.