ADA to offer N-LCA Mk1 as LIFT to Indian Navy 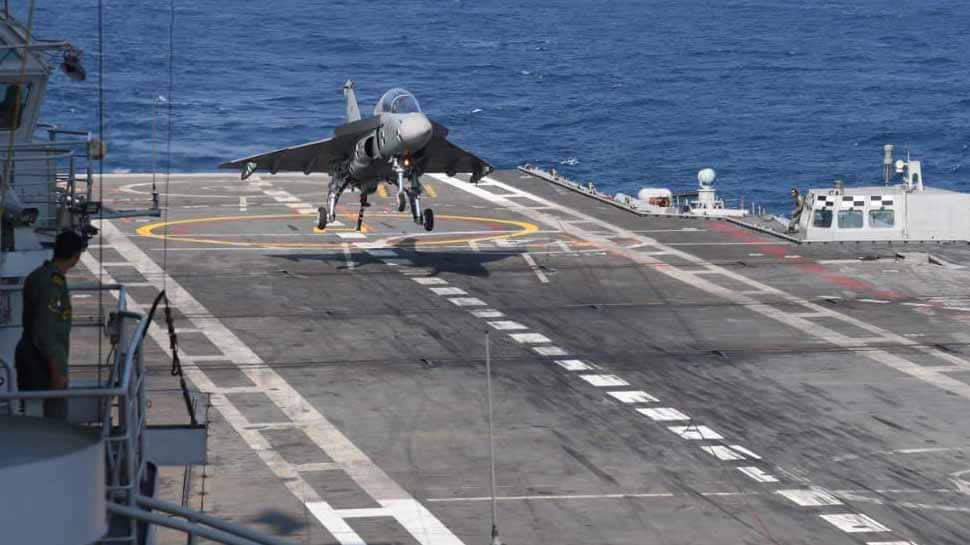 Following Successful landing and take-off of LCA-Navy Mk1 from India’s sole aircraft carrier the INS Vikramaditya, India’s Aeronautical Development Agency (ADA) is likely to push for the development of a Lead-in fighter Trainer based on the for LCA-Navy Mk1 to be used to Train new pilots from the decks of an aircraft carrier.

While Navy has been clear from the start that LCA-Navy Mk1 will remain a Tech demonstrator for the upcoming Twin-engined fighter jet program dubbed as ” ORCA” to be developed by 2026 and enter production by 2030, there is growing support from a section of the Naval Air-wing for buying few LCA-Navy Mk1 units for deck based training purpose once they graduate from HAL developed BAe-HAWks 132.

ADA is pitching for an 8 unit order of its Trainer variant of LCA-Navy Mk1 which can be used to further research in carrier-based aircraft development and can also be used to train pilots before they shift to Mig-29K.