8 Years of Agni-V and Way forward for India 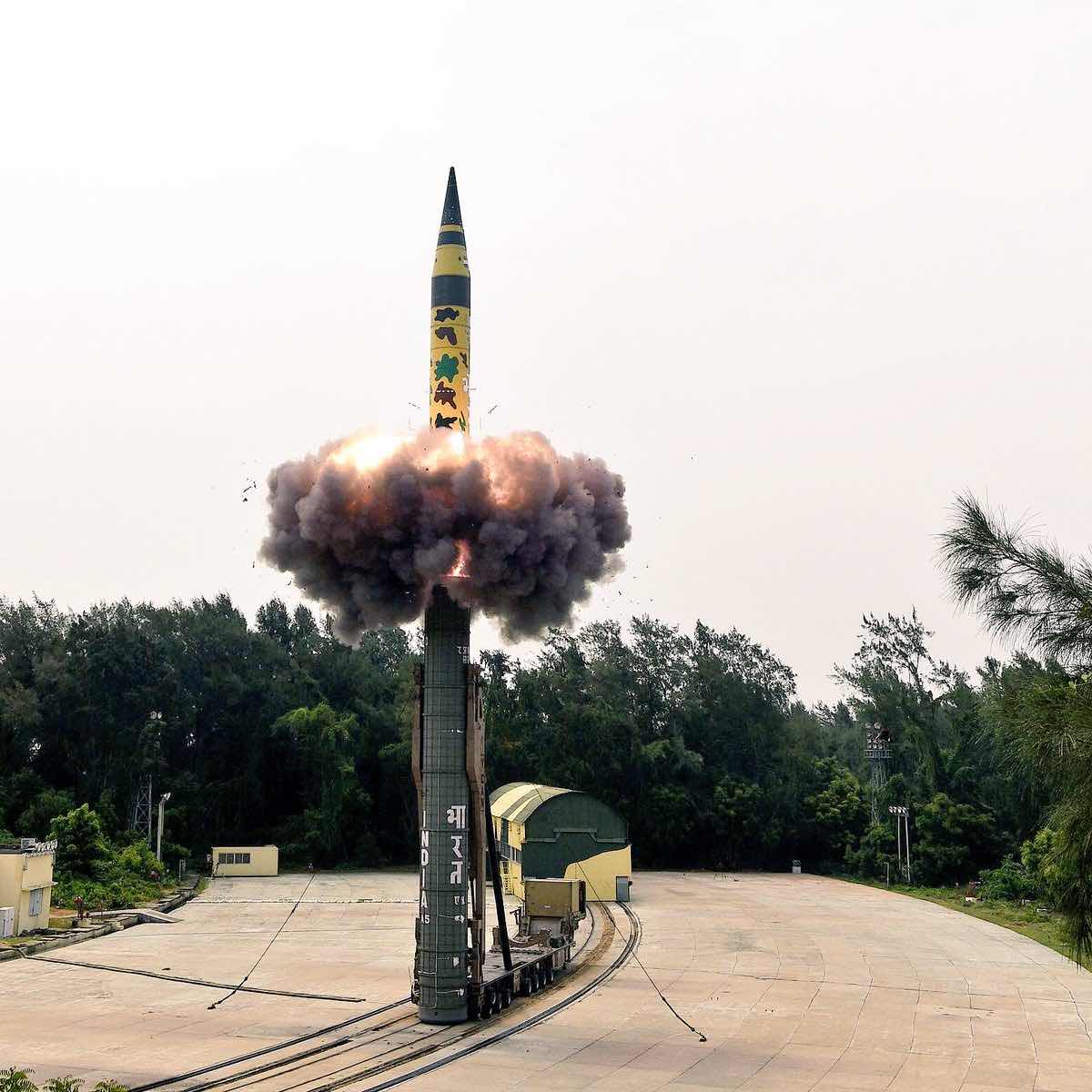 In 2012, in April 8 years ago, India had shocked the world by testing Agni-V and entering into elite ICBM Club with its range of over 5500km bringing all of China and much more within its strike envelope. Test placed India with a 5-member ICBM club which consists then of USA, Russia, China, France, and the UK.

Ability to strike targets in most of the Asia and European nations meant that many countries were nervous of the India newfound capabilities but harsh or severe critical criticism of the test never came from the western and European countries and even Chinese officials downplayed testing of Agni-V and called India a ” Partner” in the region.

But no hold attack came from the Chinese media which not only slammed India but also called it ” missile delusion ” and Chinese mouthpiece like ” Global Times ” warned India against attempting ” containment ” of China with testing of the new missile. Chinese missile scientist and defense commentator called Agni-V range being fudged and said the missile has a range of at least 8000 km and not 5500 km as showcased to avoid western criticism by India.

Since 2012, Agni-V has been tested Seven Times and Five times in canisterised version of the missile improving its road-mobility and also making it harder to be detected from the space. Indian media reports indicate that the missile system finally has entered limited scale production and is being deployed by Strategic Forces Command which is in charge to use them.

Since 2012, India has not announced any new land-based long-range missile program nor any successor to the Agni-V program leading to speculation that India might have decided to curb its long-range land-based missile program in favor of secretive long-range submarine-launched missiles to avoid upsetting many friendly nations in the neighborhood.

Agni-V if launched from the southern tip of India still will be able to strike Bejing and other major cities of china with a lighter payload and the need for longer-range land-based missiles also has been diminishing due to fear of them being attacked at launchpads or located while on road from satellites.

Since the first launch of Agni-V program, India has initialed K-5 SLBM program for its Nuclear Triad which will be equivalent to the Agni-V in terms of the range of 5000+ km and will be India’s first ICBM for its underwater nuclear submarine force and according to media reports DRDO has been given clearance to also start work on the K-6 SLBM which will be India’s first SLBM with Multiple independently targetable reentry vehicle (MIRVs) capabilities.

There has been unverified news also that the DRDO is also been tasked to enhance Agni-V range and capabilities without actually developing a successor program to the AgniV to avoid heat from friendly nations. DRDO has been testing new propellent for the third stage section of the Agni-V program which could be to increase the range of the missile system and also to sustain better burn rate in flight. Agni V-A which is reported to be a derivative of the Agni-V is expected to feature multiple independently targetable reentry vehicle (MIRVs) capabilities with improved range.