Yes. This is TEDBF: Explained How it is different from MWF-AF 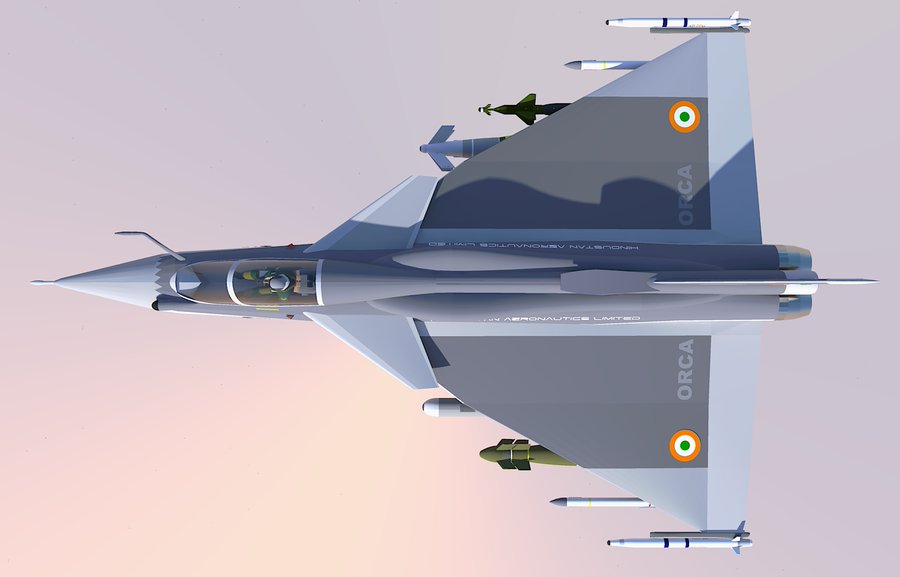 Twin Engine Deck Based Fighter (TEDBF) program will be based on the Medium Weight Fighter (MWF) jet thus making it more like an Mk2 program. This render floating on the Internet with the acronym “ORCA” refers to the ocean’s most powerful predator, which is the Killer whale which interestingly is also called “ORCA”.

TEDBF/ORCA is not a clean-sheet design as per some media reports it will be based on existing design to cut down on time required to develop it and will use the same nose and front fuselage and cockpit section from the MWF program but changes will come from the Mid fuselage and Rear section which can be seen in the renders. The mid-fuselage section will accommodate a bigger Air-intake and longer spine than the MWF thus will be able to accommodate more equipment and internal fuel and will also sport Canards for superior maneuverability.

TEDBF/ORCA will borrow most of the cockpit technologies like Next Generation Wide Area Display (WAD) and side-stick controls from the MWF program and will also have the same high powered Digital flight control computer (DFCC) along with the same set of UTTAM AESA Fire Control Radar matted to bolt-on Infrared Search and Track (IRST) system for optically hunting down enemy aircraft, especially stealthy ones from the MWF program.

Indian Navy and ADA have decided to add Conformal Fuel Tanks (CFT) in the TEDBF/ORCA which will allow it to carry additional fuel and also reduce its drag and improve its range, speed, and acceleration without the need to carry wingtip drop tanks. Like MWF, TEDBF/ORCA will have 11 hard points also will feature wingtip pylon for the Close Combat Missile like ASRAAM.

TEDBF/ORCA will have MTOW of around 24 tonnes which is a considerable increase from MTOW of MWF which is around 17.5 tonnes. Navy had rejected 16.5 tonne LCA-Mk2 design earlier this year due to single-engine operation risk and Thrust -to-weight ratio at Sea level which will not allow it to carry much payload. Mating Front fuselage with a larger midsection plug and redesigned rear section to accommodate Twin engine was in minds of the LCA-Navy Team for a while after Navy put some reservations on use of single-engine configuration for the upcoming fighter even before LCA-Navy Mk2 program was revealed to the program but a quick fix on a tested design was prepared to meet requirements of the Navy. 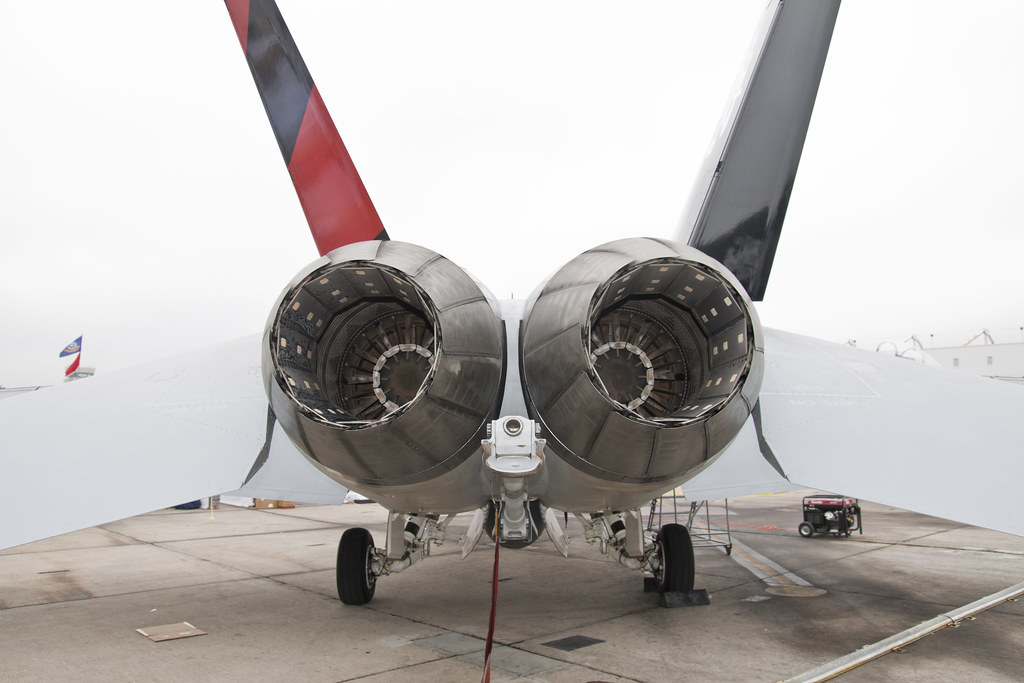 Rear Section will have Two  General Electric F414-GE-INS6 engine, which will be cramped close to each other like seen in F-18 E/F engine bay to maintain the center of gravity (CG) but further research is still being carried out to find the optimal control and stability before the designs are frozen in the rear section.

From MTOW of 16.5 tonnes of LCA-Mk2 to the 24 tonnes of the TEDBF/ORCA there is a jump of nearly 7.5 tonnes in the MTOW capabilities but nearly 1 tonne will be added due to the second engine and engine casing and longer mid-section and rear section will approximately add around 1.5-2 tonnes of added fuselage weight. While it is also estimated that the Wingspan of the TEDBF/ORCA will be larger by approx 2m from the MWF Wingspan thus also adding more weight. In totality approx 4.5 tonnes of additional load carrying capacity be further will be used to carry Two CFTs which is estimated that each empty tank will weigh around 300kgs. TEDBF/ORCA will also see strengthen of the undercarriage of the fuselage for deck landings on the aircraft carrier and will use stronger landing gears to survive control crash landing of the aircraft on such a short runway but TEDBF/ORCA will still a enjoy the longer range and higher payload carrying capability than the previous LCA-Mk2 design thus making it a more efficient aircraft carrier fighter jet.

Use of Two F-414 Engine with a combined thrust of 196 kN on a 24-tonne aircraft will give it an excellent Thrust to Weight ratio and will allow TEDBF/ORCA to take off with a maximum payload even in hot humid conditions of the Arabian Sea in Dry Summer months. F-18E/F which uses the same engine has a higher MTOW of 29.5 tonnes and is powered by the same Two General Electric F414-GE-INS6 engines but due to loss of performance in Asian conditions, US Navy has now cleared plans to fund and equip their Entire F-18 E/F fleet with more high power engine called F-414EPE which will have a combined thrust of 232kN, a lighter TEDBF/ORCA with using same F-141 engines will have added advantage in range and acceleration and if they do add the 110kN thrust class of engine planned for the AMCA program when it is due for production in 2030 then it will get combined thrust of 220kN a massive jump from the current Combined thrust of 196kN to allow it have the same performance planned even if ADA overshoots in weight.

Mig-29K powered by an RD-33 aircraft engine has a combined thrust of 180 kN for MTOW of the same class as TEDBF/ORCA. Navy plans to retire all 44 active Mig-29K from 2030-40 onwards with the TEDBF/ORCA when it hits production from 2030 onwards. Indian Navy has shown interest to procure at least 102 units to be equipped both on the INS Vikramaditya and INS Vikrant. Speculation is also ripe that IAF will place an order for 100 TEDBF/ORCA derivative instead of 201 units of MWF and cut down the order of MWF by half.