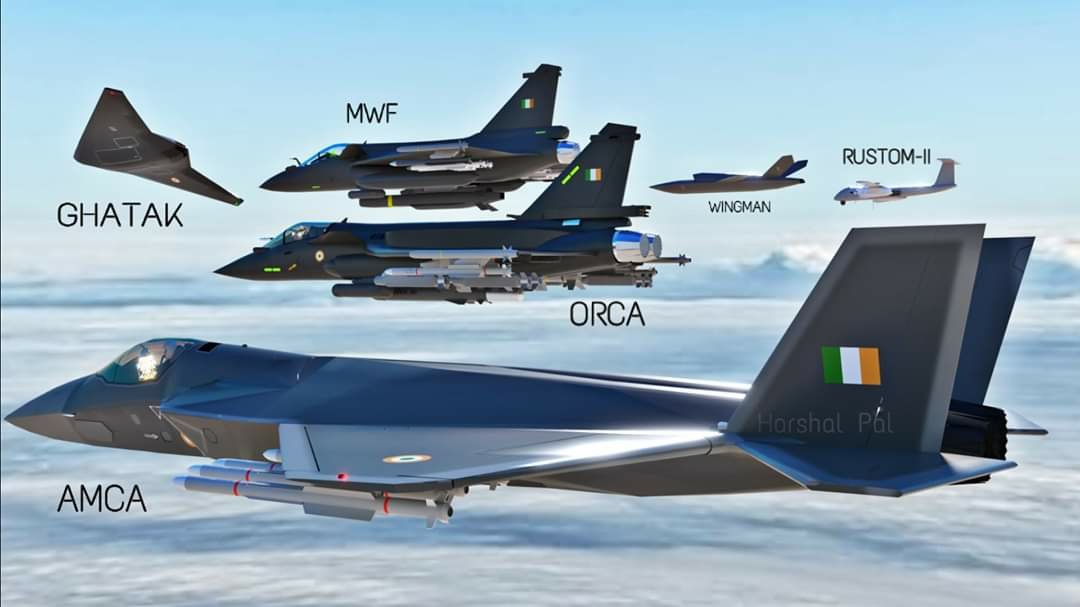 The timeline of the different developmental programs of fighter jets in India makes TEDBF/ORCA fall into two major programs which ADA along with HAL is developing for the air force, which is MWF-Mk2 and AMCA fighter jet programs respectfully. Air Force hopes MWF-Mk2 program will fill the bulk of the gap which will become void once Mirage and Mig-29 fleet could leave making it one of the prime and possibly the last 4.5 generation fighter jet initiated anywhere in the world.

IAF has confirmed orders for nearly 108 MWF-Mk2 fighters jet already even before the first aircraft has been manufactured and flight tested but actual numbers could be around 200 nos since not only MWF-Mk2 will replace Mirage and Mig-29 fleet but also Jaguar strike aircraft fleet, which positions the MWF-Mk2 in a unique situation to become bulk of the indigenous fighter jets in the air force fleet.

Projected IAF requirement from the AMCA program which will be India’s first 5+Gen program stands at 150 units as per the commitment made by the air force to the ADA which is initial minimum order requirements that are likely to expand further. IAF agreed to procure 40 units of AMCA in Mk1 configuration which will be 5 Generation fighter jet powered by the GE-F414IN engine with many of the 5th generation features of Stealth and Internal weapons bay and procure AMCA MK2 powered by a new TVC engine with higher thrust and many advances onboard avionics and equipment when it enters production sometime in 2035.

TEDBF/ORCA program comes at the time when IAF is somewhat sorted with what it wants to regain its combat strength and has made considerable effort to support indigenous fighter jet programs like Tejas Mk1, Mk1A, MWF-Mk2, and AMCA which for the first time will make Indian Air force nearly indigenous air force since its establishment at least by 2040 which leaves little room for the procurement of fighter jets from the TEDBF/ORCA program unless India goes ahead and scraps the procurement of 114 fighter jets from a foreign OEM.